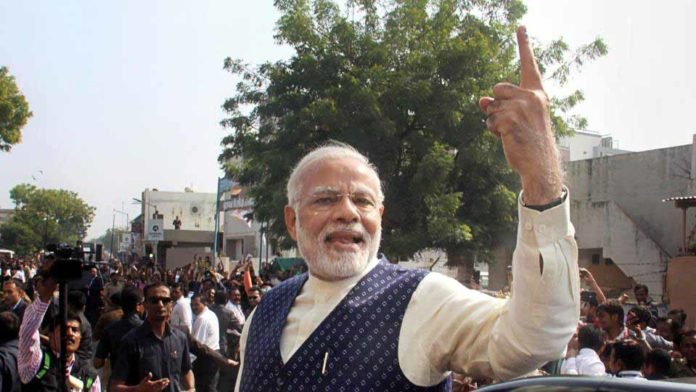 Electing a government to govern the nation / states for next five years by casting vote in a polling booth is an onerous responsibility on shoulders of every voter in a democratic country.

Unfortunately, even after seven decades of independence and numerous elections held in the country so far, in spite of extensive appeals by the Election Commission, Government and other celebrities, large number of voters still perceive, voting is an optional luxury enjoying low priority.

Enormous expenses out of tax-payer’s revenue, precious time of serving government officials and the quantum of influence that every election result wreaks on everyone’s life and future, are almost obscure to them. Electing a government is a democratic activity of utmost significance and voter’s indifference to casting vote is a profligacy nation can no more afford.

Owing to burgeoning complexity of governance, high Aspiration-Index of masses, technological advances, intense international pulls and pressures, country’s diplomatic status in comity of nations with respect to treaties and agreements, transformation of social values, frequent natural calamities, low intensity wars etc. have rendered it all the more essential rather inevitable for every voter to unhesitatingly exercise his / her right to vote to elect a responsible, accountable and determined government to steer the country forward amidst turbulence of all sorts. Any negligence or indifference towards elections in view of these developments within and outside the country, would now amount to an offence against the nation.

The idea of mandating casting of votes compulsory by law has arrived as an idea of national importance. All eligible voters holding valid Voter’s I-card must cast their votes compulsorily. In case of those who are unable to visit polling booth for any inevitable reason whatsoever, may be allowed to cast their votes digitally. Yes, provisons for digital voting must be raised as quite a significant number of voters may not be available on the appointed day of polling at their designated addresses.

A national English newspaper had conducted a campaign too, in this regard and response appeared to be fairly positive. Certain amount of penalty may be imposed on those who refuse or fail to cast their votes and the amount may be automatically deducted from their Aadhaar linked bank accounts invoking Direct Benefit Transfer channels.

After the idea of compulsory voting is successfully implanted, popular opinion must address the menace of legislators qualifying to enter the House with less than 50% of votes polled in a constituency. Root-cause of the menace is hidden in multiplicity of political parties and a few bogus / non-entities contesting elections who may well be dubbed mischief-mongers. History is witness to one common man J. Dharatipakada who used to contest every Presidential election forcing full scale polling when opponent happened to be a unanimous candidate privileged with support of all recognised political parties. That compelled Government to enforce ‘Terms & Conditions’ for Presidential contestants.

This example may be enlarged to include as many levels of elections as possible. Multiple regional parties came into being as a direct reward of Constitutional high-handedness of Prime Minister Indira Gandhi who never cared a damn to regional aspirations or accorded even minimum courtesies to State leaders. Examples of T. Anjaiah from AP and HN Bahuguna from UP are too well known to be described. It was Anjaiah’s humiliation that prodded NT Rama Rao to float his Telugu Desam Party to reclaim honour of ‘Telugu Bidda’.

As Indian National Congress vehemently pursued ‘Divide, Rule And Destroy Policy’ bequeathed by British colonials stoking regionalism all over leading to almost every other State having their own regional political party. Whenever these ‘pocket’ versions of parties entered into ramshackle political alliances to claim power at the Centre, they led to ‘Waiting-room’ Prime Ministers with resignation letters in their front pockets and regional satraps demanding their Kgs. of flesh much to the detriment of national interest. Political scenario has started gradually drifting towards equipoise concurrently with expansion of all-inclusive BJP across length and breadth of the country.

BJP have been acting as a pain-balm on bruised regional aspirations, self-respect and egos too. I am quite optimistic, in years to come, unfortunate development of narrow-minded regional parties shall be relegated into oblivion and nation shall evolve into a matured democracy with two or three strong nationalistic political parties.

Next issue to be addressed is the weird phenomenon of NOTA. Dr. Subramanyam Swamy had dubbed it a Naxalite provision with the sole intention to destroy elections and bring in anarchy. RSS Chief too, had spoken strongly against NOTA in one of his widely attended and circulated evocations held at Vijnana Bhavan. In a run up to Lok Sabha-2019 elections, RSS have decided to embark on door-to-door campaign against NOTA. It is a debilitating feature in our election process that allows even criminals to enter legislatures and it must be abolished by law forthwith.

Country is not a stranger to the doctrine of compulsory voting. Gujarat Local Authorities Laws (Amendment) Act, 2009 introduced an ‘Obligation To Vote’ at Municipal and Panchayat levels in the State. The Act empowered an election officer to serve notice to a voter on the ground of failure to vote. Such a voter is called upon to submit credible reason(s) within a period of one month failing which the voter would be liable to be declared a “defaulter”. Defaulter-Voter enjoys the privilege of challenging the order before a designated appellate officer whose decision shall be final and mandatory. The Act allows exemptions for individuals from voting if incapable due to illness, absence from the state of Gujarat on the day of polling or for other reasons laid down in Rules. Outside Bharata, several countries have introduced compulsory voting for their citizens viz. Australia (beginning with Queensland in 1915), Belgium in 1894, Brazil, Ecuador in 1936, Liechtenstein, Luxembourg, North Korea (only one candidate appears on the ballot), Nauru in 1965, Peru in 1933, Singapore, Uruguay in 1934, Switzerland in 1974 and Slovakia.

It is for certain, if casting vote is not rendered mandatory by law, sooner than later shall we be compelled to comb for remaining traces of democracy in our country. 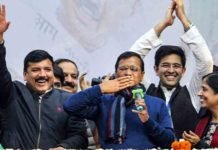