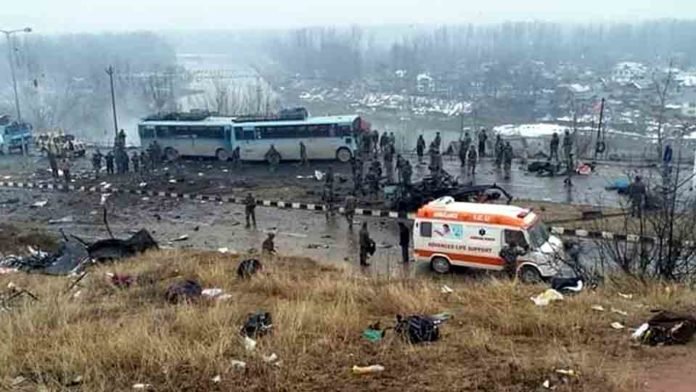 What has happened in Kashmir (Pulwama) was expected, it had to happen some day prior to elections and it has happened.

Although this incident had saddened many and they are already demanding for revenge. However, I don’t want to discuss this particular incident, and rather would like to focus on following issues;

One, Why has Pakistan been able to carry on with this Proxy war for so long, its almost now 28 years, (That’s a huge huge time) that too, against a Nation which is the THIRD LARGEST ECONOMY (as per Purchasing power) and that has the second largest standing army.

Two, Why haven’t our policy makers, despite having all the resources not been able to think up some strategy to force Pakistan to give up its proxy war, in all these years?

Till the time we do not find an answer to these questions we will continue to have stupid discussions which would mainly be political in nature, as they take place on media;

“The moment the news of a terrorist attack breaks out, the media prefers to seek statements from those politicians who have nothing to do with the security of the people & the nation. The aim is to somehow politicize the issue therefore, known political figures who are apt at this brand of politics are asked for comments and invariably someone will serve the purpose.

The serious issues, therefore often end up with accusations and counter accusations. The so-called secularists would blame the BJP for taking a hardline approach and BJP would blame the Secularists for being soft and an important issue, is once again politicised. This is how most of the debates on INTERNAL SECURITY end up.

Its easy to blame the current Govt and demand for revenge but where are the options ?
Are there any options available with the Govt?

In my opinion Military options are none. Yes, one may argue on this also but those options are very risky and can be suicidal ; politically as well as militarily also.

Otherwise, had there been options available Vajpayeeji would have retaliated after the Indian air lines pllane was hijacked, Redfort and Parliament were attacked, Manmohan Singh would have punished Pakistan despite his silence after the Mumbai Rail Bomb attacks and Taj attack and after the terrorists beheaded the soldiers.

They all did nothing Because, there were hardly any military options available with India and therefore all that we can do now is POLITICS ON TERROR.

So, the answer to Question One is ; Pakistan has been able to continue with this proxy war because we have no means available to punish Pakistan.
So, then we arrive to this point ; Why aren’t any Options/means available to punish Pakistan. and The answer to this is ;
One, Pakistan has systematically over a period of many years has offset India’s numerical superiority and has achieved parity(equality) in crucial areas. This has happened because of the foresightedness and clear vision of Pakistan Generals.
Pakistan today has a better Air Defence system and if we carry out any large scale air attack, it is quite possible that we may lose many of our fighter aircrafts in the bargain. This would become a Political suicide for the Government. And attacking a few Terror launch pads are not worthy air targets.

Two, Another surgical strike across the Line of Control is not possible because the defences at Line of control are such that coming back after the attack will be pretty difficult.

So, then we come to final question ; Why haven’t we developed Options.

For the argument sake, one can blame, the current Govt for not been able to develop Options. But to me this kind of blame appears to be laughable. Because when the Govt has inherited a weak set up, how do you expect them to retaliate or take a revenge? You can not treat acute anaemic condition in just few years.
Particularly, when we know it well, just to induct some 20 odd Rafael aircrafts in the IAF it has taken more than 15 years and whereas Pakistan can do the same in just 2-3 years.
It has taken almost 30 years to induct a new medium range gun in the armed forces.

So, Who allowed Pakistan to achieve parity(equality) with us and consistently turned a blind eye when Pakistan was upgrading its air defense systems and its armed forces. afterall, It did not happen in last 5 years.
Who weakened the Indian armed forces that today the Govt has to think HUNDRED times as to How can they take a revenge?
So, How can the current Govt take revenge when the previous Govts have given them a force which has obsolete weapon systems. Its not only about aircrafts ; our air def missiles , radars etc everything is on the verge of getting obsolete.

Was this done with some ulterior motive ?.
I can not say with certainty.

However, the circumstantial evidence leads me to question their intentions.

Why are they still adamant to cancel the Rafael deal and WEAKEN the AIR FORCE, when they know that the IAF is down to some 32 Squadrons and Pakistan has almost achieved parity with us.

If your people can go to Pakistan begging that Pakistan should help you removing Modi, then will it be wrong on my part to assume that ;
THIS IS THE WAY PAKISTAN IS HELPING YOU OUT TO COME BACK TO POWER AND YOU SUSTAIN YOURSELF IN POWER BY KEEPING INDIA PERENNIALLY WEAK.

Is it a quid pro quo arrangement BETWEEN Pakistan and the Congress? You scratch my back and I scratch yours.

THEREFORE, Please do not shed crocodile tears for the soldiers, because you have deliberately weakened us.
If India is able to maintain its superiority of atleast 3:1 as it existed in 80s, the proxy war would automatically end.

But to achieve this, it is going to take atleast 5-10 YEARS.
Do the Indians have patience to wait that long? If not, they have a choice to go back to the same people who have deliberately kept the forces weak, AND ARE NOW SHEDDING CROCODILE TEARS. 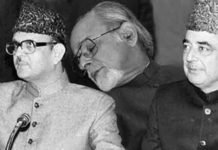 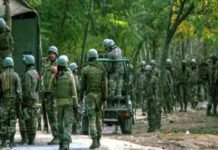