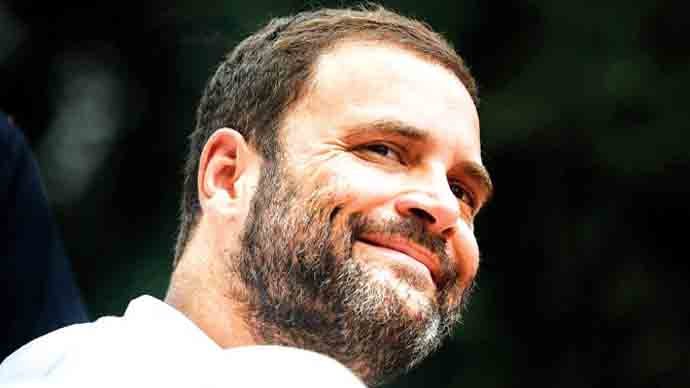 Rahul Gandhi is shouting his lungs out against Rafael deal and every day his stooges are producing fake or forged documents to justify their point.

This is being done by a person whose entire family has been indicted on corruption charges ; One, the Herald issue where he has been slapped with a 100 crore Income Tax notice(Paid Rs10 crore as per an interim judgement). Two, fraudulently acquiring National Herald, had to vacate the famous Herald building as per the HC’s decision, Three, his Brother In law is also now facing the heat on many Money laundering cases.

The above indictments Have compelled Rahul to take a position, where people try to project their bad deeds and objects onto others.

This Position is called as I’m not OK, You’re not OK.

Many would have read this famous Book ; I’m OK You’re OK written by Thomas Anthony Harris who developed the principles of Transactional Analysis into OK matrix.

These he called as Life Positions.

There are Four Life positions that an individual takes based on his development and experiences during the course of his life since childhood.
His behaviour and style of communication would be largely dictated by these Four LIFE POSITIONS that the Individual takes.
The Four Positions that he described are ;

When an individual thinks ; I’m not OK but you are OK, then he is putting himself in an inferior position with respect to you.This position may come from being belittled as a child, Such a person would lack self confidence and would always look for help.

People in this position feel themselves superior in some way to others, who are seen as inferior and not OK. As a result, they may be often disdainful and quick to anger. This position is a trap into which many managers, parents and others in authority fall.

When one considers himself OK and also frame others as OK, then there is no position for him or others to be inferior or superior.This is, in many ways, the ideal position. Here, the person is comfortable with other people and with themself. They are confident, happy and get on with other people even when there are points of disagreement.

Rahul Gandhi, aware of the way National Herald case is being pursued that it’s now a matter of time when the law catches up with him. The case is fast reaching the finale.

As a result Rahul Gandhi to hide his embarrassment and crimes has had to compulsively take this POSITION ; I’m not OK –You’re not OK.

So, when he has taken this position, he has actually accepted that He is Not OK, but then, he is going to compulsively accuse the PM, come what may to justify that Mr PM, You are also not OK.

He will, even if he has to produce all fake and forged documents and speak lies to accuse the PM, he will do so.

Because once You have taken this Position ; I’ m not OK You’re not OK, you become a compulsive liar, a cheat, argumentative , forger and a fraud in order to justify the position ; I’m not OK , You’re also not OK.