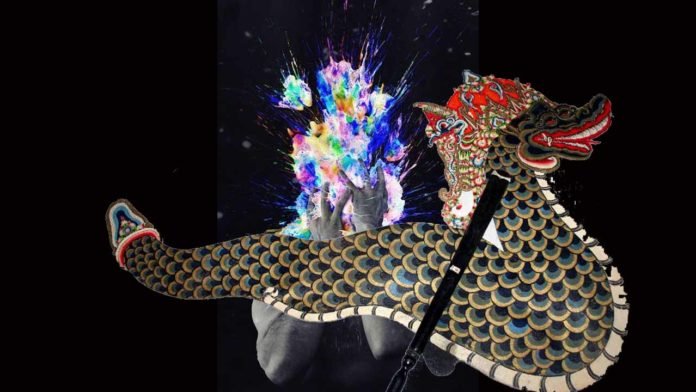 Nahusa was an extra-ordinary child who displayed remarkable equanimity not seen with even highly accomplished Rsi-s and Maharsi-s.

He was diligently raised by Maharsi Vasistha in his pious hermitage. He was completely indifferent even as Deva-s admired the child prodigy profusely, became King of Deva-s as a measure of Vardana at the termination of his exceedingly rigorous Tapasya spanning hundreds of years.

That is how he attained the name, Nahusa. When the child grew up, he performed a Asvamedha Yajna involving 100-horse sacrifice to qualify to become another Indra, King of Deva-s.

Soon, opportunity struck at the door of his destiny. When incumbent Indra slew anti-Deva demon named Vrutrasura with questionable means, he was dethroned and a delegation of Deva-s sent to Nahusa to come over to the palace to succeed Indra. Entire succession was a smooth affair and Nahusa was coronated with royal pomp and pleasure much to his delight and merriment.

However, what went terribly wrong was the uncertainty / complete silence over succession / inheritance of Indra’s wife, Suci Devi or Indrani. When Nahusa beheld the extremely beautiful Indrani taking her morning power-walk, he was smitten with passion and shattered by the obsession to possess her beyond all human limits. He was constrained to go through the fine-print of contractual agreement which stated “An Indra shall have Indrani’ by mistake instead of stating “An Indra shall have an Indrani” as a part of the terms & conditions stated in the divine order.

Nahusa insisted on the interpretation that “Indrani” meant “the Indrani” only. On the basis of that, Nahusa extended a formal proposal to enlist Indrani’s services. Used to dealing with all sorts of good and bad ones, she advised him to enter the Kingdom in a seven Rsi-s driven palanquin like a monarch of Devaloka. Nahusa, reeling under intense delusion with entire Tapasya relegated to the backyard of his wisdom, was immediately hooked. That was a condition which even Kubera as head of Who’s Who of Devaloka, had never even imagined doing it for himself !!

Nahusa set out in a palanquin driven by seven Rsi-s. It was a high-voltage grandeur which even others have not been able to command for anyone else. The grand entry started though it was slowed a bit by the diminutive Maharsi Agastya walking in front. As he instructed Maharsi Agastya, slower than his fellow hoary grey- / white-beards, “Sarpa, Sarpa” i.e. “faster, faster” (Sarpa in Samskrita also means serpent) by prodding and poking with his foot, the Maharsi reverted with a curse, ”Sarpobhava” i.e. become snake, for Nahusa to morph into a serpent immediately.

So Nahusa lost out when power went into his head. He was consigned back to earth as a huge python, had to wait for thousands of years for Yudhisthira to come along for ultimate deliverance. If years of spiritual pursuits involving severe austerities failed him at a crucial moment of his cosmic journey, Nahusa alone was there to blame himself.

Power, wealth etc. have no business to dwell inside your head, then command your consciousness and steer it in the direction of decline and destruction. These vanities are instruments at best, must be governed by your faculties of discretion and discriminative cognition. If used properly in harmony with the principles of spirituality, these morph into tremendous boons for self and others.

Power MUST not be allowed into our heads for the betterment of all.