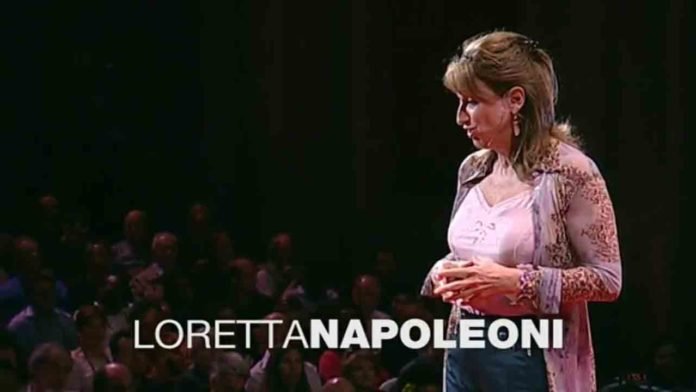 I’m going to show you how terrorism actually interacts with our daily life. 15 years ago I received a phone call from a friend. At the time he was looking after the rights of political prisoners in Italian jails. He asked me if I wanted to interview the Red Brigades. Now, as many of you may remember, the Red Brigades was a terrorist, Marxist organization which was very active in Italy from the 1960s until the mid-1980s. As part of their strategy the Red Brigades never spoke with anybody, not even with their lawyers. They sat in silence through their trails, waving occasionally at family and friends.

In 1993 they declared the end of the armed struggle. And they drew a list of people with whom they would talk, and tell their story. And I was one of those people. When I asked my friend why the Red Brigades want to talk to me, he said that the female members of the organization had actually supported my name. In particular, one person had put it forward. She was my childhood friend. She had joined the Red Brigades and became a leader of the organization.

Naturally, I didn’t know that until the day she was arrested. In fact, I read it in the newspaper. At the time of the phone call I just had a baby, I successfully completed a management buyout to the company I was working with, and the last thing I wanted to do was to go back home and touring the high-security prisons. But this is exactly what I did because I wanted to know what had turned my best friend into a terrorist, and why she’d never tried to recruit me. (Laughter) (Applause)

So, this is exactly what I did. Now, I found the answer very quickly. I actually had failed the psychological profiling of a terrorist. The center committee of the Red Brigades had judged me too single-minded and too opinionated to become a good terrorist. My friend, on the other hand, she was a good terrorist because she was very good at following orders. She also embraced violence. Because she believed that the only way to unblock what, at the time, was known as a blocked democracy, Italy, a country run by the same party for 35 years was the arms struggle.

At the same time, while I was interviewing the Red Brigades, I also discovered that their life was not ruled by politics or ideology, but actually was ruled by economics. They were constantly short of cash. They were constantly searching for cash. Now, contrary to what many people believe, terrorism is actually a very expensive business. I’ll give you an idea. In the 1970s, the turnover of the Red Brigades on a yearly basis was seven million dollars. This is roughly between 100 and 150 million, today.

Now, you know, if you live underground it’s really hard to produce this amount of money. But this also explains why, when I was interviewing the Red Brigades, and then, later on, other arms organizations, including members of al-Zarqawi group in the Middle East, everybody was extremely reluctant to talk about ideology, or politics. Because they had no idea. The political vision of a terrorist organization is decided by the leadership, which, generally, is never more than five to seven people. All the others do, day in and day out, is search for money.

Once, for example, I was interviewing this part-timer from the Red Brigades. It was a psychiatrist. He loved sailing. He was a really keen sailor. And he had this beautiful boat. And he told me that the best time of his life was when he was a member of the Red Brigades and he went sailing, every summer, back and forth from Lebanon, where he would pick up Soviet weapons from the PLO, and then carry them all the way to Sardinia where the other arms organization from Europe would go and take their share of the arms. For that service the Red Brigades were actually paid a fee, which went to fund their organization.

So, because I am a trained economist and I think in economic terms, all of the sudden I thought, maybe there is something here. Maybe there is a link, a commercial link, between one organization and another one. But it was only when I interviewed Mario Moretti, the head of the Red Brigades, the man who kidnapped and killed Aldo Moro, Italian former prime minister, that I finally realized that terrorism is actually business. I was having lunch with him in a high-security prison in Italy. And as we were eating, I had the distinct feeling that I was back in the city of London, having lunch with a fellow banker or an economist. This guy thought in the same way I did.

So, I decided that I wanted to investigate the economics of terrorism. Naturally, nobody wanted to fund my research. In fact, I think many people thought that I was a bit crazy. You know, that woman that goes around to foundations asking for money, thinking about the economics of terrorism. So, in the end, I took a decision that, in retrospect, did change my life. I sold my company, and funded the research myself.

And what I discovered is this parallel reality, another international economic system, which runs parallel to our own, which has been created by arms organizations since the end of World War II. And what is even more shocking is that this system has followed, step by step, the evolution of our own system, of our Western capitalism. And there are three main stages. The first one is the state sponsor of terrorism.

The second one is the privatization of terrorism. And the third, of course, is the globalization of terrorism. So, state sponsor of terrorism, feature of the Cold War. This is when the two superpowers were fighting a war by proxy, along the periphery of the sphere of influence, fully funding arms organizations. A mix of legal and illegal activities is used. So, the link between crime and terror is established very early on.

And here is the best example, the Contras in Nicaragua, created by the CIA, legally funded by the U.S. Congress, illegally funded by the Reagan administration via covert operation, for example, the Iran-Contra Affair. Then comes the late 1970s, early ’80s, and some groups successfully carry out the privatization of terrorism. So, they gain independence from the sponsor, and start funding themselves.

Now, again we see a mix of legal and illegal activities. So, Arafat used to get a percentage of the smuggling of hashish from Bekáa Valley, which is the valley between Lebanon and Syria. And the IRA, which control the private transportation system in Northern Ireland, did exactly the same thing. So, every single time that somebody got into a taxi in Belfast without knowing, actually, was funding the IRA.

But the great change came, of course, with globalization and deregulation. This is when arms organization were able to link up, also financially, with each other. But above all, they started to do serious business with the world of crime. And together they money-laundered their dirty business through the same channel. This is when we see the birth of the transnational arms organization Al Qaeda. This is an organization that can raise money across border. But also that is able to carry out attacks in more than one country.

Now, I calculated how big was this international economic system composed by crime, terror, and illegal economy, before 9-11. And it is a staggering 1.5 trillion dollars. It is trillions, it’s not billions. This is about twice the GDP of the United Kingdom, soon will be more, considering where this country is going. (Laughter)

Now, until 9-11, the bulk of all this money flew into the U.S. economy because the bulk of the money was denominated in U.S. dollars and the money laundering was taking place inside the United States. The entry point, of course, of most of this money were the off-shore facilities. So, this was a vital injection of cash into the U.S. economy. Now, when I went to look at the figures of the U.S. money supply, the U.S. money supply is the amount of dollars that the Federal Reserve prints every year in order to satisfy the increase in the demand for dollars, which, of course, reflects the growth of the economy.

The United States actually is a country that is the reserve currency of the world. What does it mean? That means that it has a privilege that other countries do not have. It can borrow against the total amount of dollars in circulation in the world. This privilege is called seigniorage. No other country can do that. All the other countries, for example the United Kingdom, can borrow only against the amount of money in circulation inside its own borders.

So, here is the implication of the relationship between the worlds of crime, terror, and illegal economy, and our economy. The U.S. in the 1990s was borrowing against the growth of the terror, illegal and criminal economy. This is how close we are with this world. Now, this situation changed, of course, after 9-11, because George Bush launched the War on Terror. Part of the War on Terror was the introduction of the Patriot Act. Now, many of you know that the Patriot Act is a legislation that greatly reduces the liberties of Americans in order to protect them against terrorism.

But there is a section of the Patriot Act which refers specifically to finance. And it is, in fact, an anti-money-laundering legislation. What the Patriot Act did was to prohibit U.S. bank, and U.S.-registered foreign banks from doing any businesses with off-shore facilities. It closed that door between the money laundering in dollars, and the U.S. economy. It also gave the U.S. monetary authorities the right to monitor any dollar transaction taking place anywhere in the world.

Now, you can imagine what was the reaction of the international finance and banking. All the bankers said to their clients, “Get out of the dollars and go and invest somewhere else.” Now, the Euro was a newly born currency of great opportunity for business, and, of course, for investment. And this is what people did. Nobody wants the U.S. monetary authority to check their relationship, to monitor their relationship with their clientele. The same thing happened, of course, in the world of crime and terror. People simply moved their money-laundering activities away from the United States into Europe.

Why did this happen? This happened because the Patriot Act was a unilateral legislation. It was introduced only in the United States. And it was introduced only for the U.S. dollars. In Europe, a similar legislation was not introduced. So, within six months Europe became the epicenter of the money-laundering activities of the world. So, this is how incredible are the relationship between the world of crime and the world of terror, and our own life.

So, why did I tell you this story? I told you this story because you must understand that there is a world that goes well beyond the headlines of the newspapers, including the personal relationship that you have with friends and family. You got to question everything that is told to you, including what I just told you today. (Laughter) This is the only way for you to step into the dark side, and have a look at it. And believe me, it’s going to be scary. It’s going to be frightful, but it’s going to enlighten you. And, above all, it’s not going to be boring. (Laughter) (Applause) 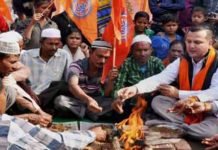 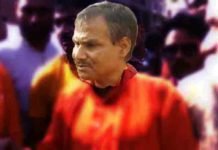 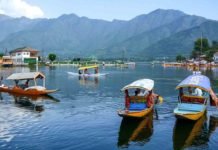