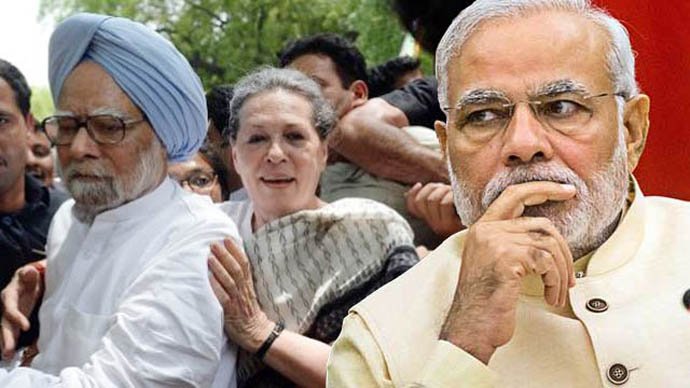 Two term Prime Minister of Bharata (2004-2014) Dr. ManMohan Singh is supposed to be a renowned economist from Oxford University.
He happens to be a Tripos-holder too whose performance as an Economist-Finance Minister and Economist-Prime Minister have been disastrous to say the least.
A highly accomplished neuro-surgeon going horribly wrong with patient lying on operation-table; MIT qualified engineer implanting no-sense technology in the country; Harward Business School educated manager pulling down a corporation like a pack of cards (Enron is an example of choice); erudite Justices of Supreme Court creeping before Prime Minister Indira Gandhi when they were nudged to bend, compelling an eminent jurist Nani Palkhiwala to explain to the highest Court difference between abrogation from abolition of fundamental rights to life and liberty…are all understandable and assimilable after a rude shock albeit an eminent economist consistently as well as persistently going horribly wrong as Reserve Bank Governor, Finance Minister then as Prime Minister jeopardising security of 125 crore natives and country, is something that will continue to remain an enigmatic riddle for centuries to come.

Out of three orders of integrity as elaborated by me in one of my articles in past, ManMohan Singh (MMS hereafter) is endowed with integrity of the worst order i.e. Destructive-Integrity.

Nation continued to be plundered and compromised in all respects by the Nehru-Gandhi-Vadra (NGV) Dynasty during his years in South Block while MMS as Prime Minister remained blissfully unaware.
Quite skillfully he managed to retain his spotlessly untainted image that was generously acknowledged by Prime Minister Narendra Modi in Rajya Sabha as ‘having shower under rain-coat’ !! During his tenure as Finance Minister, enormous wealth of the nation was siphoned off by Harshad Mehta through Stock Markets while he continued snoring loudly.

And the man sported a smile as if his ‘quotable quote’ shall be remembered for centuries to come by the humanity coming from a legend of the order of Abraham Lincoln, Oliver Cromwell or Nelson Mandela !!!! That’s the unenviable legacy of ‘Giani’ ManMohan Singh, unique and memorable indeed.

He entered into Rajya Sabha as a resident domiciled in Assam where NRC had to be commissioned to sort out teething citizenship / domicile crisis. Can anyone believe even in his / her wildest dreams that MMS is an Assamese ? Yes, ‘Learned’ Justices of Hon. Supreme Court precisely did that and turned down a petition challenging his election to Rajya Sabha as a ‘Bhumi-Putra’ of Assam !!

As Accidental Finance Minister he sanctioned Rs. 200 crores of precious tax-payer’s funds for a NGV Dynasty controlled Rajiv Gandhi Foundation as a measure of compensation for Rajiv Gandhi’s widow who had lost her ‘Suhaag’ (in her own words) in a bomb-explosion as a Karmaphala for sacrificing scores of our armymen in Sri Lanka. Incidentally, RG’s poor widow is Permanent Chairperson of the Foundation.

As Accidental Finance Minister he sanctioned MP Local Area Development Fund which was later replicated at State level too, for MLAs to placate them after handsomely benefiting RGF. Very soon MPLAD and MLALAD Funds transformed into shining examples of ‘Front-door loot’ of tax-payer’s money authorised by legislators. Several worthies protested and demanded abolition of the Fund but MMS had absolutely no incentive in listening to those protestations.

As Accidental Prime Minister he allowed himself to be instructed and monitored by an extra-Constitutional National Advisory Council comprising of dubious luminaries and anti-national characters headed by his ‘Goddess’ SoniaG. PMO was held to ransom by this illegitimate so-called Council turned Super-Cabinet and one shudders to think of enormity of dangers that the nation of 125 crores was exposed to, so brazenly.

As Accidental Prime Minister instead of accelerating trial of Congress-Sikh riot cases of 1984, he turned a blind eye when stooges of NGV Dynasty were busy devising delaying tactics and actions. He nurtured not even an iota of agony for so large a number of defenceless Sikhs being butchered in the country in a well-planned, officially inspired carnage by the then Prime Minister Rajiv Gandhi.

As Accidental Prime Minister MMS orchestrated royal escape of Bofors Quattarochi and quiet de-freezing of his bank account in UK holding his dirty money earned from Bofors deal. Even when the dirty deed was exposed, MMS was under no obligation to explain his sinister conduct to the nation.

As Accidental Prime Minister he was a mute spectator when DMK satrap Karunanidhi withdrew his Minister from UPA Cabinet headed by MMS and deputed another one without consent of MMS. Was MMS even aware of the developments, is yet another nagging question.

As Accidental Prime Minister he was a mute spectator to how Health Minister Ramadasa and Transport Minister TR Balu deported themselves in their respective ministries in an utterly shameful and reprehensible manner. MMS as Prime Minister failed to exercise tight restraint on them causing havoc in those ministries. For the first time in nation’s history, a serving Union Cabinet Minister absconded to evade arrest on a murder charge and Delhi Police were forced to paste a public notice to that effect on gates of the Minister’s official residence.

As Accidental Prime Minister he ensured Impeachment Motions against a Supreme Court Justice and one High Court Justice were defeated and those corrupt Justices were allowed to retire / quit honourably. Like Godfather Don Vito Corleone, MMS ensured, every corrupt dignitary was treated fairly and honourably !!

As Accidental Prime Minister he failed to constitute SIT to investigate cases of flight of black money into overseas accounts in spite of express orders from Supreme Court. It is a mystery as to why MMS was not hauled for contempt of court by the Supreme Court for non-compliance.

As Accidental Prime Minister he presided over No-Confidence Motion in Lok Sabha over the issue of nuclear deal with USA and the sordid drama of ‘dirty’ money being exchanged to purchase votes right on the floor of House. It was exceedingly disgusting and the expression of his countenance at that moment was identical with what Maulana JL Nehru displayed while visiting borders to watch human blood flowing in Partition-1947 riots with the pontification, ‘I think, people have gone mad.’ !!

The Accidental Prime Minister is truly accidental as he happens to be the only unelected Prime Minister in nation’s history. He always did a back-door entry into Parliament through Rajya Sabha voted by members of the ‘Bootlicking-Brigade’ of the only dynasty of Nehru-Gandhi-Vadra commanded by his ‘Goddess’ SoniaG. It is not that MMS has been entirely spineless ! Once he dared to contest Lok Sabha election albeit defeated decisively. Since he sustains enormous regards for public opinion, he never looked back to contest Lok Sabha election again and ‘righteously’ decided to respect votes / opinion of the ‘Bootlicking-Brigade’ alone !!

As Accidental Prime Minister he presided over a regime riddled and perforated with corruption scandals directly implicating his Cabinet Ministers. History of the nation had never witnessed such a monumental scale of plunder with astronomical, nerve-rattling figures that would benumb anyone’s conscience. It was a unique, extra-ordinary scenario of all ‘Panca Bhuta Tattva-s’ of corruption constituting the trail of loot and plunder, on Prthvi, in Jala, in Agni, in Vayu and above in Akasa !! Even Goebbels turned in his grave when destructive integrity of MMS was being bragged around liberally and of course, absolutely brazenly.

As Accidental Prime Minister MMS supervised excessive spurt in terror activities, genocide of Hindus in Assam and the Mumbai attack. Terrorists had a field day, striking at will anywhere and hundreds of innocent lives were destroyed. Army was compelled to fight out without sufficient ammunition or even bullet-proof vests only because MMS, his family as well as his pet dog were enjoying Z+++ security cover.

As Accidental Prime Minister he impoverished all wings of security forces of their arms, ammunition and praparedness. The way he paired with another moron, his Defence Minister AK Antony in diminishing security forces, reminded us of Prime Minister Maulana JL Nehru and the then Defence Minister VK Krishna Menon, squarely responsible for nation’s humiliating defeat in 1962. If China had invaded againg during his stewardship, nation was sure to lose Arunachala Pradesh and entire Ladakh. It was only by the grace of Isvara that we escaped those horrifying live possibilities.

As Accidental Prime Minister he appointed Navin Chawla as Election Commissioner, castigated by the Shah Commission for his criminal role during Indira Gandhi’s Emergency and declared undeserving to hold any high Constitutional office. Then he appointed PJ Kurien as CAG whose appointment was declared null and void by the Supreme Court later. It was such a humiliating slap on his face that anyone possessing even an iota of dignity and self-esteem would have resigned at once if not renounced politics altogether. That was a moment to reckon with in nation’s history when Prime Minister deserved to be sacked by the President and his belongings thrown out on road at midnight.

As Accidental Prime Minister he was the only one who was declared ‘weakest’ Prime Minister in nation’s history by BJP satrap LK Adwani. Mercifully, this ‘accolade’ hurt him quite deeply and he mustered enough courage to speak out an abject denial after a few days, probably after several rounds of rehearsals and re-takes under supervision of his ‘Goddess’ SoniaG !!

As Accidental Prime Minister he presided over a regime that witnessed Office of Profit issue wherein all bigwigs of his Government and Party were directly involved. He allowed that to be even validated by Parliament too !

When he was forced out from the position of Accidental Prime Minister in 2014, nation’s economy was in shambles. With double-digit inflation and GDP hitting rock-bottom levels, world had written off the country as beyond redemption. So much about his knowledge of Economics.

When the Tripos-holder, Oxford-educated ‘world-class’ economist proclaims, ‘RahulG is endowed with all qualities to make a successful Prime Minister’, I am not only dismayed and stunned into silence but also unable to figure out the most appropriate epithet to describe pathetic wretchedness of this man. Can you just visualise such an Accidental Prime Minister in a country like USA ? He would have been derogated and impeached within weeks, thrown out disgraced and besmirched. In China ? He would have been buzzed off instantly. But here in Patita-Pavana Bharatavarsa ? Rest assured, The Accidental Prime Minister shall be posthumously conferred upon Bharata-Ratna by the next Congress regime whenever they manipulate to grab South Block anytime in future.

Now here is my parting kick on the rear countenance of this man !! Isn’t a cosmic mysticism of a very high order that for every Saddam Hussein there is a George Bush, for every Osama Bin-Laden there is a Barack Obama, for every Prabhakaran there is a Mahendra Rajpaksa and for every ManMohan Singh, there is a Narendra Modi ??