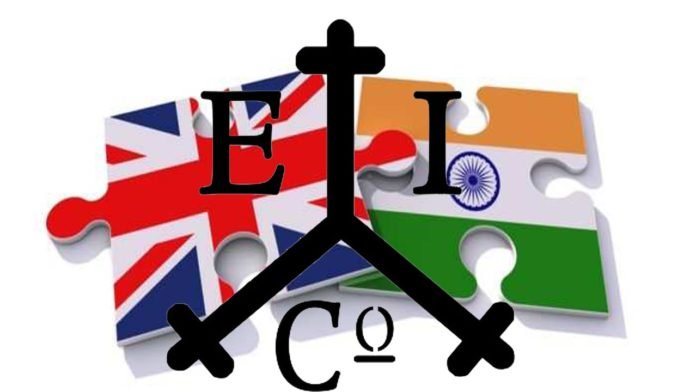 Economic history of Bharata is the tale of evolution from a largely agricultural / trading society with highest contribution to world GDP to a Nehruvian mixed economy of Communism manifested by perpetually in loss PSUs, Government manufacturing bread to running hotels as well as rag-tag of Capitalism manifested by strangulated private sector groaning under Licence-Permit Raj, unmitigated corruption, bribery and methodical plunder of nation’s wealth.

Organisation Of Economic Co-operation established OECD Development Centre in 1962, engaged a British economist Angus Maddison to study world economy and author a comprehensive treatise on that. Maddison rose to the call diligently and authored a famous book ‘The World Economy – A Millennial Perspective’ to illustrate long-term economic performance of nations, factors to explain successful economies and bottlenecks that hamstrung laggards.

It was published in 2001 by OECD as the entire project was sponsored by them. Maddison studied economic history of the world for the entire Christian era from AD 1 to AD 2000 conclusions of his extensive study have been startling for the entire world –

USA and western countries contributed less than 2% during this period of Christian history.

Mauryana Empire (321-185) was a great unfying Empire of all Kingdoms. Political stability and security ensured massive rise in economic activity in all disciplines of human enterprise. The Empire also imparted tremendous boost to infrastructure development.

During 1500 years of post-Mauryana Empire, Bharata commanded largest economy in the world. By AD 1700, Bharata possessed one-fourth to one-third of world’s entire wealth.

Unprecedented prosperity and accumulation of wealth continued even during Mughal era (AD 1526-1858).

British association with Bharatiya economy came into being in AD 1600 through East India Company and export of Bharatiya textiles and raw silk used to be paid through bullion. By AD 1757, British involvement expanded and they began paying for Bharatiya raw material, spices etc. through ‘revenue’ plundered from Provinces captured by them largely through unfair means. Thus began decline and destruction of Bharatiya industry and wealth. Inflow of bullion completely stopped and British occupiers funded wars in Bharata / Europe with the land revenue extorted in the country and development coming to a grinding halt.

It took just 80 years to ruin Bharatiya economy (1780-1860) under colonial occupation from an exporter of finished products to exporter of raw material and importer of products manufactured abroad. Exploitation by British-Brutes was ruthless and once a flourishing leading economy in the world was entirely emaciated to skeletons.

Maddison authored a famous table that revealed how Bharata’s share in world economy declined from 24.4% in AD 1500 to a measly 4.2% in AD 1950. It is Table A.6 in Statistical Appendix A of Contours Of The World Economy, AD 1-2030 published in 2007. Bharata’s Per-Capita GDP in AD 1500 at $550 (valued at 1990 levels) with 25.1% share of world population conceded the nation a gigantic economy in spite of Per-Capita GDP of western countries being higher at $798 and of China $600. Rate of growth of Per-Capita GDP and GDP peaked during AD 1870 to AD 1913 and registered at lowest level during AD 1870 to AD 1913. From 25% of world economy to the abject 4% due to ruthless colonial plunder, is indeed a very tragic and sordid economic history of contemporary Bharatiya economy. The Table also illustrates economic transformation spurred by industrial revolution, rise of US and China post-1970 and collapse of Soviet economy.

An Englishman Q. Craufurd described “Hindoo” society in his “Sketches Of The Hindoos” as he observed in 1790s when British colonialism had not yet commenced their orgy of rape and plunder, “…where destructive hand of the conquerer had not fallen, Hindoos under their native sovereigns were governed on principles of the most just and benevolent policy. In those countries (local principalities), lands were highly cultivated; towns and their manufacture flourish; villages were composed of neat and commodious habitations and filled with cheerful inhabitants; and wherever the eye turned, it beheld marks of the mild protection of the Government and of ease and industry of the people.”

Utsa Patnaik of Columbia University estimated, during AD 1765 to AD 1938 Sterling Pounds 9.2 Trillion equivalent to US $ 44.6 Trillion were siphoned off at the colonial exchange rate of US $ 4.8 per Sterling Pound compounded at 5% interest rate. As entire foreign exchange earnings were transferred straightaway to London, country was unable to import machinery and technology to modernise economy on the lines of Japan in AD 1870s. There was absolutely no rise in Per-Capita income from AD 1900 to AD 1929 in spite of second largest export earnings in the world for decades. Life-expectancy at birth in AD 1911 was mere 22 years and Per-Capita foodgrain consumption declined from 200 Kg. in AD 1900 to 137 Kg. in AD 1946. People died like flies while British-Brutes were entirely busy plundering away our earnings to England. They established an elaborate tax-collection machinery with District Collector being the pivotal figure. Tax collections trebled under East India Company and the massive Bengal famine in 1770 killed at least 1 crore natives out of 3 crore human population. Tax collections were used to purchase goods from peasants and British ensured, collectors and buyers were different persons approaching at different intervals so that peasants never suspected, it was their own tax collected being used for buying their produce !! So British-occupiers collected entire produce absolutely free. Intermediaries were nurtured extensively and several contemporary business houses earned their money through ‘Dalali’ for the British with almost non-existent income-tax, so established Utsa Patnaik.

Now it turns out for sure that entire doctrine of Capitalism is based on robbery and plunder of so-called III-World / Developing Economies. According to Utsa Patnaik, during AD 1780 to AD 1820, British rate of savings was exactly the same figure that was siphoned off from Bharata and West Indies i.e. 6% of British GDP !! With 70 countries colonised, quantum of plunder was so huge that it was impossible for a tiny country like Britain to digest entire loot, so they turned around to become largest capital exporter !! Entire so-called advanced capitalist world viz. USA, Europe, even Russia are in reality, capitalised with the loot and plunder perpetrated in so-called III-World countries. With this plundered wealth, Britain funded infrastructure in USA / Europe. Even war expenses too, were passed onto Bharatiya Budget with the shortfall whenever, declared as debt with hefty interest levied on that head !! London based Secretary of State for India used to hold one-third of Bharatiya revenue as ‘Expenditure Abroad’ to import from Bharata. So audacious are they that even today in 21st Century AD, Britain and Europe dub Bharatiya and Chinese investers in Africa ‘Neo-Imperialists’ with the sole intention to deflect focus from the economic holocausts that they committed in Bharata and China through colonialism disregarding the fact that they have been dealing with independent African Governments. Then they dished out the dubious doctrine of ‘Free Trade’ only to serve their own interests at the expense of others.

Western countries want free access to agriculture in Bharata and China because they cannot cultivate crops and horticulture that are harvested here. Indeed, tropical countries must unite to extort better terms as so-called advanced western civilisations are critically dependent on us for their propped-up standards of living with some 70% products sold in their Malls are essentially tropical in origin. And we are goaded to believe that so-called advanced countries are advanced because they are stupendously innovative and entrepreneurial. Not a single word of truth of history of economic-holocaust is ever taught in Britain and Bharata for obvious reasons, British grow up imbued with snobbery / haughtiness with a sense of ‘White man’s burden’ to civilise Blacks and Browns across the world while Hindu-s grow up suffused with ‘inferiority complex’, to accept it as destiny should they ever come to know all about that eventually or to prevent them from revolting out of sudden burst of anger if ever at all.

It is more than obvious, it is not for nothing that invaders intruded and ferociously ravaged us. They had multiple reasons to invade and colonise Bharata and China as otherwise it would have been an impossible exercise for them to exist with profligacy . Quite ironically, all important reasons for them to intrude into Bharata still exist, shall ever exist. It is absolutely imperative for Hindu-s of Bharata to remain incessantly conscious of all those impending dangers and lurking threats of survival, always stand united in this constant battle of existence. Even negligible slackness on this issue may invite terrible consequences to reckon with for a long time to come. Even pursuit of Vedic values for aeons failed to impart sense of Hindu-unity among Hindu-s and Hindu-s stretched those values to disparagingly suicidal limits. Those invasions and plunder by intruders from overseas might have been a providential exercise to inculcate that sense of purpose among Hindu-s.

British Crown particularly King George V onward, may be regarded as carriers of heaviest / enormous sins and felony perpetrated during their monarchy all over the world. According to Christian theology, every man is born as a sinner. Where else do you find such a nano-accuracy of the doctrine in action other than British Monarchy ?

Like American Civil Rights leader Dr. Martin Luther King Jr., I too have a dream. I have a dream, one day Raisina Hills in New Delhi shall appoint a Bharatiya Governor General for the province of Britain, headquartered at Buckingham Palace, based in London and the province of Britain shall be ruled over by Bharata for at least 400 years. Not only shall we reclaim and recover our entire wealth plundered in those 200 years or so with interest, but also Bharata shall govern them, teach them essentials of governance and civility, disabuse them of ‘White man’s burden to civilise the world’ so that no country in the world shall ever dare to capture and ravage any other country in the world. That shall be yet another great gift from our ancient civilisation to the entire world at large. 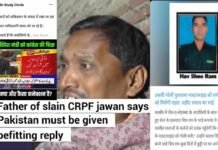 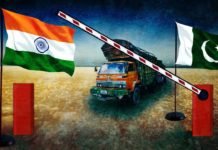 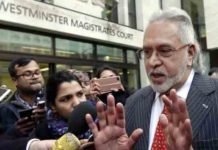