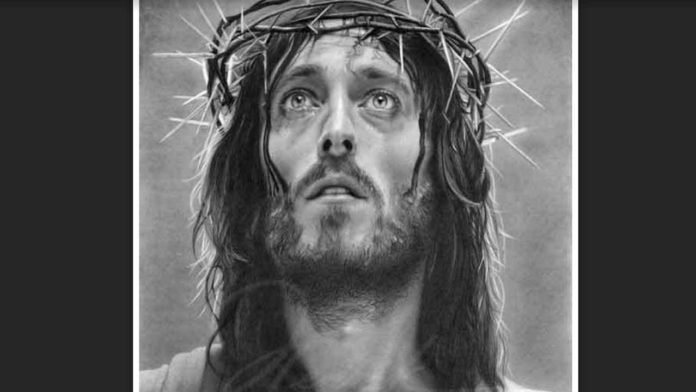 All Christian sects lay much stress on the historicity of Jesus Christ, as described in the Gospels (first four books of New Testament). But historicity by itself does not matter much.

You and I are historical persons, but this fact by itself is not any proof of our greatness or any other virtue. However, when historicity of Jesus is stressed as a point of superiority, we are compelled to look into it a little more closely.

The Christian missionaries the world over have propagated Jesus as a mighty historical / historic figure and the only begotten son of God for ages. However, the question is: Can this “historical figure” stand the test of modern historical research? The fact is that Biblical and Christological research work done in the West during the last two centuries has put a question mark on the historicity of every aspect of the life of Jesus, including his very existence as a historical person!!

Albert Schweitzer, the world famous theologian and missionary, had to admit that, “The Jesus of Nazareth, who came forward publicly as the Messiah, who preached the ethic of the Kingdom of the God, who founded the Kingdom of Heaven upon earth and died to give his work final consecration, never had any existence…”

The history of ancient Rome has been recorded in great detail. There is a sea of historical literature written in or referring to the time-frame when Jesus is supposed to have lived. But that literature fails to make any mention of the “mighty figure” – Jesus Christ!!

“The name of Seneca, of the elder and the younger Pliny, of Tacitus, of Plutarch, of Galen, of the slave Epictetus, and the emperor Marcus Antonius, adorn the age in which they flourished, and exalt the dignity of human nature…Yet all these sages… overlooked or rejected the perfection of the Christian system…” says Edward Gibbon in his classic “Decline and Fall of the Roman Empire”. Of course, there are a few words or stray passages which refer to “Chrestus” or his worshippers in Pliny the Younger (60-114 AD), Tacitus (55-120 AD), Suetonius (70-120 AD) and Sulpicius Severus (d. 400 AD), but the word “Chrestus” (“good”) was used as an adjective for characters belonging to several sects; It did not mean anything like ‘Christ’. That is the reason why a Christian scribe attempted to scratch the “e” in “Chrestus” and replace it by an “i” in a manuscript of Tacitus.

Critical research has shown that all these references either do not relate to Jesus of Nazareth, or are clever forgeries and fabrications by Christians. Ian Wilson says that “in all this there is scarcely a crumb of information to compel a belief in Jesus’ existence”. Paul Johnson writes that fabrications “occur throughout the history of Christianity up to Renaissance and even beyond”.

Nearer home, Sitaram Goel has pointed out that word “Christian” does not appear in the Christian literature itself before 140 AD. On the other hand, anti-Christian polemics which appears for the first time around 160 AD, starts by questioning the existence of a character called Jesus Christ”. (‘Jesus Christ: An Artifice for Aggression’)

If we go by the Christian tradition, Jesus was a Jew, who lived in Palestine during the first 30 or 33 years of the era which is supposed to have begun from the year of his birth. So we can naturally expect him (Jesus) to get a prominent place in the writings of the historians who lived and wrote during the same period or a little later. Is it, therefore, not curious that they are all silent on Jesus or the religion he is said to have founded?!!

Philo (20 BC-54 AD), who wrote a history of the Jews, knows no Jesus Christ and no Christians. Nor does another historian of the same period, Justus of Tiberius, mention the name of Jesus in his writings.

The most interesting case is that of historian Flavius Josephus, who lived from AD 36 or 37 to 99 or 100. He has written two great historical works: (1) “The Jewish War” in 77 AD and (2) “Antiquities of the Jews” in 92 AD. These works are a major source for the history of Palestine in the first century. Unfortunately but unsurprisingly, his works have been “interpolated into” or “doctored” by early Christian scribes to prove the historicity of Jesus. Christian apologists often point to two passages in Josephus’ works, which mention “Jesus” as a wise man and also as Christ. But scholars have proved quite convincingly that both of these references are either clumsy Christian interpolations or have been tampered with by Christian scribes.

Here is one which occurs in the modern editions of ‘Antiquities of Jews’:

“Now there was about this time Jesus, a wise man, if it be lawful to call him a man, for he was doer of miraculous works…. He was Christ; and when Pilate, at the suggestion of many of the principal men amongst us, (i.e. Jews) condemned him to cross (April 3, 33 AD), those that loved him at first did not forsake him, for he appeared to them alive again the third day (April 5, 33 AD)…” (VII, III.3)

The dates in the passage are those which are held by the modern Church; they are not supplied by Josephus. The fact is that this whole passage is a later interpolation. According to Prof. C.K. Barrett, “The passage is found in all the manuscripts (but none is older than eleventh century) and was known to Eusebius (fourth century), but Origen (first half of the third century) does not seem to have read it, at least in its present form, since he plainly tells us that Josephus did not believe Jesus to be the Christ!!”

The phrase ‘gospel truth’ signifies something absolutely certain, beyond the pale of doubt. However, the evidence of Jesus’ historicity as provided by the gospels (in New Testament) is so full of contradictions and inconsistencies that one always has good reason to doubt everything about Jesus, including his very existence. These doubts have been expressed not just by sceptics and agnostics, but also by ardent believing Christians. As far back as 4th century, St. Augustine had said that he could believe the Gospels only on the authority of the Church.

Ian Wilson, a practising Catholic, says: “it does not need anyone with a Ph.D. in theology to recognize that the Christian Gospels can scarcely be the infallible works…”

Will Durant says, “In summary, it is clear that there are many contradictions between one Gospel and another, many dubious statements of history, many suspicious resemblances to the legends told of pagan gods, many incidents apparently designed to prove the fulfillment of Old Testament prophecies, many passages possibly aiming to establish a historical basis for some later doctrine or ritual of the Church”.

Now let us see what Gospels have to say on most elementary details about Jesus.

(A) Genealogy of Jesus:

Two of the four Gospels – Matthew and Luke – give the genealogy of Jesus. Matthew lists Jesus’ supposed ancestors from Abraham onwards (1.1-16). Luke traces Jesus’ supposed ancestors all the way to Adam and thence to God. Abraham, of course, figures in his list, too. When we compare the two lists, we find that in Matthew there are 39 generations between Abraham and Jesus. In Luke there are 55 generations between Abraham and Jesus. Matthew lists 27 generations between David and Jesus; Luke lists 42. Of the 26 names that occur between David and Jesus in Matthew, only four occur in Luke. And even among these few names, the order differs. And yet Christians believe that both the lists have come from God and must be true!!

In which year was Jesus born? “Jesus was born when Herod was king,” says Matthew (2.1), but Herod had died in 3 BC!! This means Jesus was born in 4 BC or 3 BC at the latest. “It was the fifteenth year of the rule of Emperor Tiberius; Pontius Pilate was the Governor of Judea; Herod was the ruler of Galilee and his brother Philip was….” says Luke (3.1-3) These verses put the date of Jesus’ birth to 2 or 1 BC. The same Gospel also tells us that “at that time Emperor Augustus ordered a census to be taken throughout the Roman Empire. When this first census took place, Quirinius was the Governor of Syria…” (Luke 2.1-3). Now, a census did take place when Quirinius was Governor of Syria. But that happened in 6 or 7 AD!! But all these dates – 4 BC or 3 BC, 2 BC or 1 BC or 6 AD or 7 AD – must be taken as having God as their authors since they occur in the Gospels.

Look at the basic contradiction in the strange claim about Jesus being the descendant of David, and also being born of a virgin mother. If Jesus was born of a virgin, and if Joseph had nothing to do with his conception, then how can his descent be traced to David “through Joseph”?

Such contradictions mark every stage, every event in the life of Jesus: the place of his birth, the date of his birth, his ministry, his miracles, his trial, his crucifixion and resurrection. Biblical scholars of Europe and America have compiled them with great diligence. The findings and conclusions of their research are easily available to anyone. In India, Arun Shourie has documented them in great detail in his “Harvesting Our Souls: Missionaries, Their Design, their claims”. “Jesus Christ: An Artifice for Aggression” by Sitaram Goel is also worth reading in this connection. No responsible theologian or historian is now prepared to construct the life-story of Jesus from material provided by the gospels.

“But that is the whole point. You are nit-picking, going on and on about the discrepancies and contradictions among the accounts of an event in different gospels. The details of Gospels are not what is important. What matters is the figure of faith that they weave,” the Christian missionaries and apologists would say.

Although this goes against all the tall claims about Jesus’ being a “solid figure of history”, we would let it pass. But the Hindu response to this argument would be: “if faith is more important, what is the reason to prefer Jesus over, say, Ram or Krishna? As figures of faith and historical figures, they too have sustained millions upon millions of people for far longer than Jesus. Moreover, they have done so without the help of the highly aggressive and well-oiled marketing, machinery and machinations of the Church. What is the need for conversion if one figure of faith is to be replaced with another?

Did Jesus Ever Live?

Truth about Jesus: Is He a Myth? (M.M. Mangasarian)