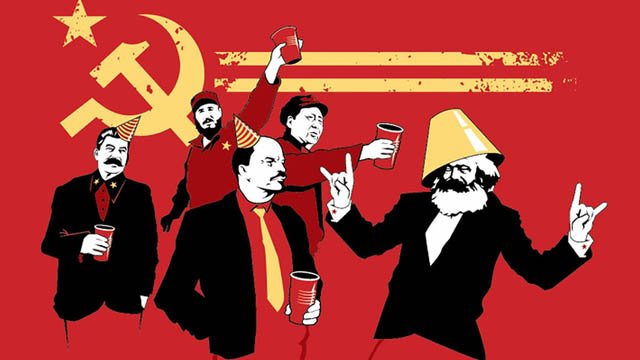 Communists are never exhausted of harping on lofty ideals like democracy and democratic institutions yet they are the worst destroyers of those very values and institutions raised to protect and nourish them.

They are the worst tormentors of civility and culture and why not? The Gods they worship and hang photoframes thereof in their offices are Marx / Lenin / Stalin who espoused violence of every conceivable order / nature to realise their goals and the Doctrine of Violence happens to be very close to their hearts and souls.

There is one more ‘luminary’ whom they adore, copycat his strategies and actions to obfuscate real issues by preparing an insidiously false grand narrative. He happens to be Hitler’s Propaganda Minister Goebbels!! By denying existence of issues that have the potential to expose their anti-national, sinister activities or embarrass them for their sins of past and by harping on non-existent issues to confound the unsuspecting, is the Dodger’s Art that they have mastered by neatly following Goebbels and his shenanigans.

Their nefarious activities have not been brought to the fore as the party that ruled over the country for six decades had been in cahoots with Reds, one of the worst instances of anti-national symbiotic relationships.

By deriving maximum advantage from their proximity to the ruling establishment, Reds worked out a powerful/well-hinged network of favour-seekers and favour-providers. This nefarious system had been largely responsible to ensure, nation remained a wretched leader from the bottom in the merit-list of UN Human Development Index all these years in all disciplines of national reconstruction.

Their drum-beating propagandists/acolytes/adherents resort to fantastic arguments viz. “inevitable to cleanse the system of bourgeoisie / reactionaries” to justify every irrational/anti-national/criminal activity of their unworthies. Their well-oiled false propaganda-reticulum has tarnished image of the nation abroad and raised several hurdles in attaining laurels that the nation would have been attained otherwise.

Recent instance of Comrade Sitaram Yechury accusing BJP/RSS of “worming their way into Freedom Movement” notwithstanding the facts that they destroyed Gandhi’s Quit India Movement in cahoots with British-Occupiers and always hobnobbed with them, always condemned hard-earned freedom, are yet other stunning pieces of falsehood.

They never took up cudgels to discover much to their enlightenment and discomfiture, thousands of RSS members were the foot-soldiers in freedom movement, every RSS Sakha individually sent a congratulatory message to Maulana JL Nehru when resolution of ‘Purna Swaraj’ was passed by Congress in 1929, RSS actively participated in Non-Cooperation Movement in 1930, Quit India Movement with the founder Dr. Hedgewar himself very active from Nagpur to Kolkata with Anusilana Samiti and arrested for sedition in May 1921.

During trial for sedition, he thundered in court before the Judge, “India belongs to Indians. We therefore, demand independence. This is the content of all my speeches. People have to be told how to secure independence, and also how to conduct themselves after securing it.

What law is there that gives one country the right to rule over the other? I am asking you, the Counsel for Government, this simple and straight question. Can you answer it? Is not that against natural justice? If it is true that no country has a right to rule over another country, who gave the British the authority to trample the people of India under their feet? How can they enslave us and declare that they own this country? Is it not the most blatant murder of justice, morality and Dharma?

…Our mind revolts at the thought of remaining the slaves of the British Empire and carrying that stigma for all time. We demand nothing short of complete independence. Till we achieve it we cannot be at peace….” And Communist Reds periodically declare, RSS did nothing to attain independence from British-Occupiers!!

Reds are so much obsessed with and fear RSS/Hindu Rightists that whenever and wherever their political outfit BJP is installed in power, they begin undergoing all sorts of hallucinations hollering from rooftops on top of their vocal chords, be it education, foreign policy, internal security or any issue under the sun.

In the state of Tamil Nadu, they have their vernacular version in DMK who keenly follow their footsteps in berating Hindu-s and Hinduism. Latest instances have been suggestions to observe Hindi Week, Guru-Utsava on Teacher’s Day and substitution of German with Samskrita in Central Schools. When Christians sing “Oh Jesus, lead us…”, Reds and Dravidians swing to the tune but turn ferociously abusive if Saraswati Vandana is recited. Red-Wolves just hate anything even remotely connected with Hinduism. Hindi movies run for weeks in Tamil Nadu, Dravidian hotheads produce Hindi-hits and progeny of Mother Tamil send their children to English schools even while abusing Hindi uninterruptedly!!

Marxist pseudo-historians in cahoots with Nehruvian intellectuals, denigrated all stalwarts of independence movement, be it Netaji Bose or Sardara Patel. Quite methodically, they established Nehru-Gandhi family as flawless who swear by lofty ideals of democratic values, nourished that through their blood and sweat, others happen to be unworthies as hangers on to them with a finger in every pie, all achievements of the nation originate from the Dynasty while failures/setbacks crafted by all others. DK Chakravorty, a distinguished historian who taught History/ Archaeology at the University of Cambridge, disclosed, “Since coming of this group to power, the world of Indian historical studies has been largely criminalized.”

Reds have executed cultural subversion of the country extensively so much so that what external invaders could not do, was adroitly committed by them. Reds and westernized rootless, intellectuals know the power and strength of Samskrita and the fear of being rendered worthless by Samskrita looms large in their minds. NASA have declared Samskrita as the perfect language for advanced scientific calculations and computer programming. Briggs wrote in the issue of Artificial Intelligence 1985, “Samskrita is the perfect language designed for enlightened communication. It is the one and only unambiguous spoken language in the world.” All attempts by Red planted bogus western scholars viz. Wendy Doniger, Arundhati Roy, Sheldon Pollock to defame Hindu-s and Hinduism have been successfully thwarted so far by a determined group of nationalists whom Reds do not miss even whiff of an opportunity to berate and abuse. Reds do not allow people to believe that the great Hindu civilization adored women, that there were no Dalita-s / untouchables, that there were no prostitutes at all, that it was invasion of western bigots that destroyed Hindu civilization and cultural heritage.

So desparate were they after installation of Modi Government in 2014 that they not only engineered murderous assaults on so-called rationalists, farcical return of awards by literary figures etc. but also raised the decibel level between two lunatic fringes of society, one faking public opinion and the other, symptomatic of Government policies. They even moved to the extent of declaring, the Idea of India is in perpetual clash with the Govt. elected with a massive mandate to deliver the Idea of India !!! It is always that Leftist intellectuals cry wolf loudest. They dread the scenario of losing control of Indian Council of Historical Research which they monopolise to carry out their nefarious designs of cultural / historical subversions. ‘Eminent Historians’ authored by Arun Shourie speaks volumes on their ‘trade’ practices solely meant to perpetuate Red hegemony. Red historian Irfan Habib even went to the extent of castigating revival efforts of Saraswati river which enjoys enormous value in Vedic wisdom and Hindu civilisation. The Marxist historian spent his lifetime to prove, Saraswati river never existed, contrary to all scientific studies, satellite imagery etc. to the contrary.

Fraudulent doctrine of Aryana Invasion too, was invented by Marxist bigots so hell-bent in indoctrinating entire intelligentsia of the country. Also are they hell-bent to negate everything even remotely connected with Sanatana Hinduism. Everything good about Hinduism, if at all any, was brought in by Aryana invaders, Alexander brought Vedic wisdom into the country…and Hindu-s at best, be remembered for having contributed absolutely nothing !!! First activity that Marxists undertake is to destroy entire cultural heritage and convert everyone into empty-headed zombies to create space in their minds so as to allow the venomous doctrine of Marxism to take roots in their minds.

Reds deviously supported Jinnah’s Direct Action on Aug.16, 1946 and partition of Bharata with the statement in their own words, “…secession would lead to still greater and more glorious unity of India, the like of which India has not seen in her history”. They waved many flags viz. Soviet flag, Red flag, Russian flag, then League flag !! Whenever Dr. SP Mukherjee, a hard-core nationalist, picked up any issue pertaining to nation’s interest, Reds began howling and yelling from rooftops on top of their voice.

They ruled over Bengal uninterruptedly for four decades and left the state in tatters, completely pauperized. The State they left behind was infested with anti-national / criminal activities, industrial junkyards, democratic institutions emaciated, education in ruins, then the revelations about electoral malpractices, large-scale booth-capturing etc. to win elections. They allowed atrocities by Muslims on Hindu-s in the name of secularism, encouraged Bangladeshi infiltrators as their vote-banks destroying entire demography of the State. And when they lost to TMC of Mamata Bannerjee, all Reds joined TMC to enjoy free hand in all matters as ever in addition to bloodbath of their opponents. In Kerala too, tale of Reds is almost the same. When they have realized, ground beneath in Kerala has been slipping away and they are on the verge of decimation, they resorted to uninterrupted killing spree all over the state. Reds in Kerala not only encouraged but also protected missionaries and jehadis in all their nefarious activities.

Wherever they have been in power, they deported themselves like monster-killers and when in opposition, they are cunning jackals ever prepared to howl and cry for being the worst victims!! They have never been known to undertake any nation-building activity/social work, never in any relief/rehabilitation exercise ever they participated when natural calamity strikes, never supportive when nation’s integrity had been at stake or ancient cultural heritage threatened.

If religion is really opium of masses as vouchsafed by the bigot Marx, is not Marxism cyanide pill of the same masses? 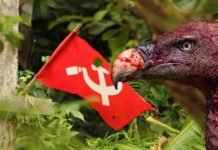 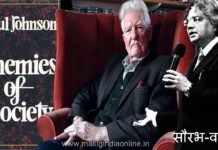 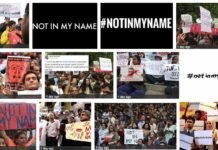