By imposing Licence-Permit Raj through ID & R Act / MRTP Acts on indigenous business, Nehru throttled, then strangulated business / industry in the country. That is how he mutilated original “Shreshthi” character of Bharatiya businessmen, compelled them to indulge in corruption, bribery and black-marketing. Congress politics thrived on that.

At a lunch-on meeting with a friend in Teen-Murti Bhavan, Nehru disgustingly condemned ‘profit’ during talks. JRD Tata, who was also invited, reminded Nehru that even Public Sector Undertakings too, were supposed to earn profit.

Nehru replied, “Jeh, profit is a dirty word. Let’s not spoil our lunch talking about it.” !! Nehru wanted the nation to remain a hungry begging bowl before the world perpetually.

And his approach was exactly opposite with overseas multinationals who plundered our wealth and repatriated to their home countries. IBM. Coca Cola are prominent cases.

He never encouraged / talked about exports. Only imports for a long time then import-substitution !! That was the begining of the era of everyone hating manufacturing / wealth / prosperity.

Because of Nehru, ‘Profit is a dirty word’ went viral and everyone was led to believe and say, ‘Businessman chor hai’.

JL Nehru was in reality, MA Jinnah in disguise inside our country. 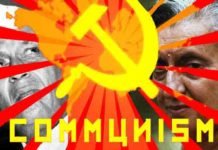 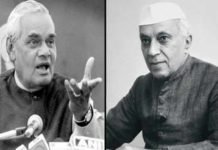 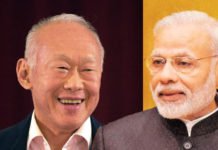