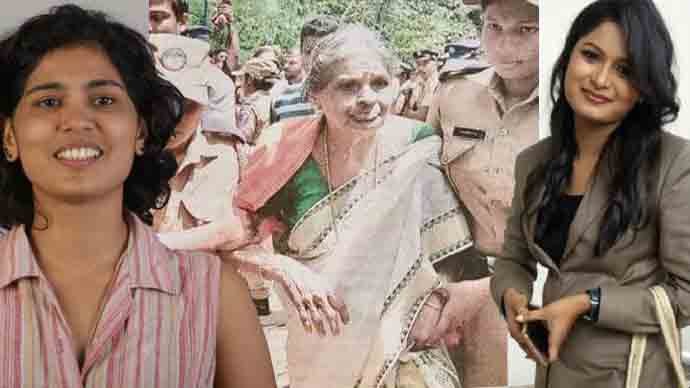 In this case, I support SC judgement though they have botched up the sensitive issue inviting the tide of perception turning against them. It is a rare occasion, majority judgement is on the right track while Justice Indu Malhotra in a wrong direction.

Every Mandira is an institution in itself, may or may not be with an exclusive objective, with the presiding deity a living entity having undergone elaborately laid out Vedic Prana-Pratistha.

Those who raised these ancient institutions of Mandira-s, were enlightened enough to frame set of rules and practices to be pursued with respect to every such Mandira in question as well as explained all that to the local populace to their satisfaction who followed that religiously transcending generations.

Over decades and centuries, all such ordainments are generally neglected progressively, devotees turn ignorant towards those sacrosanct canons of conduct so much so that after a considerable lapse ot time, these begin to appear irrational, superstitious or even absurd.

In majority of such instances, Purohita-s and Tantri-s associated with the institution of Mandira, do not periodically undertake inevitable imperative of renewal and revision of ordainments under changing circumstances. Coupled with ignorance caused by refusal to educate / re-educate masses about that, it hurtles towards an explosive situation like the one witnessed in Sri Ayappa Swami Mandira at Sabarimala in Keralam.

When Hindu-s refuse to unite and stand up to undertake reform measures, non Hindu-s lap up the opportunity not only to intervene but also play dirty games including proselytization. After all, how many Mahanta-s / Purohita-s / Jagadguru-s / Pithadhisvara-s / Mahamandalesvara-s / Samkaracarya-s sat on Fast-Unto-Death and sacrificed their lives for the abolition of the social evil of Sati centuries ago ?? How many Panda-s / Pujari-s of Kalighat Mandira in Kolikata have guts to fight for ban on animal slaughter in the so-called hallowed precincts of the Mandira ?

That is precisely what has happened at Sabarimala. The ancient Mandira in question does not allow women in the age group of 10-50 years, regarded as reproductive phase in woman’s life purportedly their being susceptible to undesirable / harmful influence over them in hallowed precincts of the shrine.

Since the exact cause is known to none or nobody cared to study and explain all that in public domain, the conduct rule started appearing anti-women or gender-biased with passage of time. Purohita-s and Tantri-s of the Mandira expected everyone to blindly accept those ordainments which is quite a tall order if not impossible to enforce.

As anti-Hindu brand of anti-nationalism is now at it’s peak with so many herds of traitors vying to grab power at the Centre at any cost to plunder, convert and destroy the nation, some of them in the guise of justice and fair-play petitioned Supreme Court to intervene and ensure ‘justice’ in favour of women.

As nation has been observing in cases over cases, Higher Judiciary views the nation through reading-glasses provided by the Buckingham Palace completely divorced from realities of Sanatana Dharma and Bharatavarsa. As Justices are educated in law in the prevailing toxic aura of ‘Lord’ McCaulay, they are trigger-happy rationalists to the extent of being ludicrous while formulating judgements at the expense of nation’s sentiments. In this case of Sabarimala too, the judgement is rational and intelligent but not at all wise, least of all visionary.

Instead of passing an order in the form of a judgement, they should have issued an advisory in the spirit of Justice Indu Malhotra’s pronouncement. Supreme Court ought to have advised Sabarimala Board to review, re-formulate all rules and regulations in consultation with all stakeholders as well as explain the entire rationality behind those to all in as much details as possible so as to win confidence, trust of as many devotees as possible may be including fence-sitters too. Court should have counselled the Shrine Board to be as liberal and accommodative as possible while recasting Mandira entry rules for the satisfaction and benediction of all.

Mandira-Darsana rules are situational / circumstantial at best, neither Brahma-Vakya i.e. Commandment from the Absolute nor Akhanda-Satya i.e. Absolute Truth of Sanatana Dharma. With passage of time, we must change, we must not resist change / improvements. If we do not, then we are hypocrits and forfeit the prerogative to condemn Islamists for being murderously fanatical destroying the country. Supreme Court must have advised the Shrine Board on an ad hoc basis to begin with –

Allow all Hindu women of all age-groups unhindered entry / Darsana in every Mandira after due diligence of hygiene for which elaborate rules may be framed.

If a particular section is bound to be prohibited or restricted, logical reasons with facts must be announced openly. Nobody should be allowed to have any question pertaining to entry-rules unanswered in his / her mind.

Entry inside Garbha-Grha may be restricted by Tantri-s based on rules framed by them not open to questioning by devotees or courts.

Darsana may be arranged for desirous ones from a distance after due diligence irrespective of any pre-condition.

With these guidelines, Mandira may continue being visited by anyone without any possibility of friction or attrition. In such a situation, the judgement would be celebrated and welcomed. Rules and regulations in every Mandira must be formulated after due deliberations with all stakeholders and open to be questioned and reformed from time to time by any stakeholder. 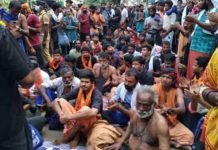 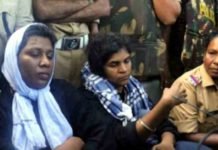