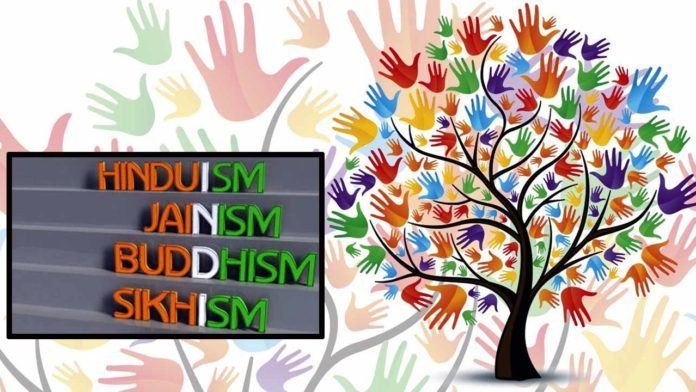 It is a naked truth, the most unfortunate story of the greatest, most ancient, vibrant and dynamic philosophical / Samskritic heritage in the world. Earlier we used to have Jaichands all over and all around. Today, they are still there, by various other hues and names.

British did not come to Bharata to conquer the nation. It was a creeping takeover facilitated by Jaichand-s of that era. Maratha-s dominated Gujarat and British were encouraged to liberate them from Maratha cluthches.

Victory of Robert Clive at Plassey was financially supported by Oswal Jain-s to promote their own vested interests and five lakh Hindu Bengali-s lined up roads to shower rose-petals on the victory procession of Robert Clive !!

Erswhile British-Indian Army had been mercenaries fighting for money who became a national army when JL Nehru struck Big Ben at midnight of August 14, 15 in 1947 without fighting even a single war for a national cause till then !!

Jat-s, Maratha-s and Rajputa-s fought for those who paid them. When General Reginald O’Dyer ordered to shoot at Jallianwala Bagh, triggers were pulled by Hindu soldiers of Gurkha Rifles, Baloch Regiment and not by British soldiers at all. And it struck none of them to shoot down General O’Dyer then and there before refusing to shoot at innocent natives. Let us migrate to the current time-segment of our cosmic journey through Bharata that was India under Mughal-British occupation.

Same is true with Christians. Same is true with Sikhism too. RSS / VHP / Seva Bharati / Aksaya-Patra Foundation / RK Mission… render invaluable social services to the nation and we hardly talk about that yet we sing and dance with joy when Gurudvara’s Langar is even mentioned!! I have not encountered even a single a Sikh admiring tremendous social services rendered by Hindu bodies, they only sing a song about their Langars alone!!

While every word of Sikhism comes from Sanatana Hinduism, they declare themselves a separate faith, separate race! They are ashamed of calling themselves Hindu first, Sikh later. And same is true with Buddhism too. While Hindu-s fawn around them supine, they never celebrate Hindu festivals, always project Buddhism being superior to Hinduism, do not appreciate / cringe with contempt when reminded, Buddhism was merely a sect of Hinduism, now gone horribly wrong in the direction of non-vegetarianism / denial of Atma and Param Brahma etc.

I have personally witnessed so-called His Holiness Dalai Lama looking around non-chalantly when Sanatana Mantra-s were being recited in a programme while attentively joined his palms with eyes tightly shut when Buddhist Mantra-s were recited after that.

Gautama Buddha was born a Rajputa, became Brahmana of the highest order in the same life by practising Maharsi Patanjali’s Astangayoga! And Hindu-s are mesmerised when they behold Buddhist / Jain monks and ridicule Sadhus with the same enthusiasm.

Even highly educated, profoundly enlightened Hindu-s do not hesitate to abuse / curse anything that is linked with this country, it’s values etc. They brazenly complain, this nation did nothing for them… they wasted their lives in this country… whenever I countered them as to what they did for this nation if at all, they were stunned into silence. More than six decades of McCaulay’s education has rendered them intellectually dumb, deaf, blind, stunted and stultified.

IITians / IIMians know America by the palm of their hands but they do not care to know even basics of their own country. They talk like highly pampered sons-in-law of the nation!! ‘What the country would give to them’ is the all time refrain for these deluded geniuses. I often challenge them to describe / specify, what the country has given to soldiers who are ever prepared to die for us at borders, so that we are alive, safe in our homes… did you ever contact any one of them to say a word of gratitude… and discovered them astounded to the core. That those army-men are ever eager to give everything of their’s to the nation, is simply inscrutable to them.

We have probably mishandled and grossly misunderstood our Vedic values leading to the sacrosanct institution of direct, individualised communion with the SUPREME ABSOLUTE EXISTENCE and it led to social anarchy, chaos and fissiparous tendencies. Crisis aggravated as it has been coupled with McCaulay’s anti-Hindu, anti-national education imposed by British occupiers and mischievously perpetuated by Nehru-Gandhi-Vadra Dynasty in post-1947 Bharata to titillate their nefarious intentions, objectives .

Often I am utterly disgusted and morose about the way we are berated / lampooned / trampled under the feet of our own countrymen. 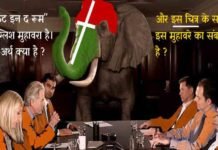 There Is An Elephant In The Room 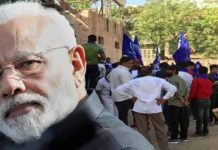 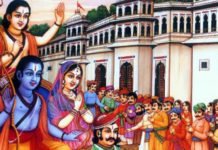