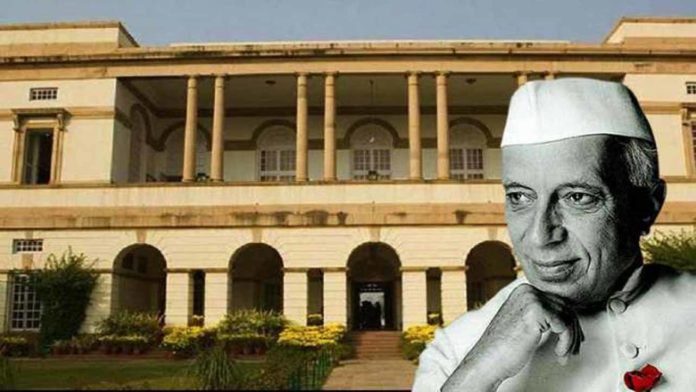 Why Nehru-Gandhi-Vadra Dynasty didn’t attempt to appropriate entire Teen Murti Estate in their personal name on the lines of National Herald, is an enigmatic mystery to me.

Then in 1968, proposal was cleared to declare it official residence of Prime Minister of Bharata. Invisible hands of JL Nehru did not allow that.

Instead of converting it into a Museum of Prime Ministers, it should be declared PM’s official residence and PM Modi must move into it immediately.

From the premises of NMML, entire Nehru legacy may be shifted to Shantivana and renamed Panchasheel-vana !!

This one single step shall be the most powerful / never before blow to the mentality of dynasticism across the country.

Thereafter, all memorials in Lutyens Indraprastha should be demolished methodically whether Samata Sthala, Vishamata Sthala or mazar sthala.

Congress converted entire capital into Kabristan. That must be undone now.