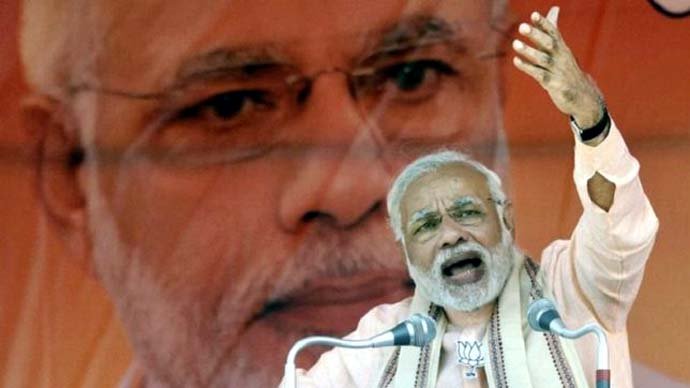 He has crossed his final round of trial by fire and he has come out of it astonishingly brighter and outstandingly remarkable. Now when nation’s economy has registered 8.2 % growth rate after tumultuous financial surgical strikes viz. Demonetisation, GST, Bankruptcy Code, NPAs surgery etc. leading to perceptible slowdown for almost two years, now that the nation is poised to surpass even Britain in overall size of economy, man in the seat of pilot stewarding the nation deserves highest admiration for plaudits he has earned through his selfless, assiduous work bordering self-torture like an ascetic Sannyasi striving to attain the highest goal of human existence in a remote, isolated cavern in Himalayas.

Hail Prime Minister Narendra Modi of Bharatavarsa, Pracharaka and a Sannyasi politician who has stormed the world and the only politician so far, I have admired unhesitatingly devoid of any inhibition. Even 1001 Gun-salutes shall not be enough for the kind of historic structural reforms he has engineered for the entire nation so selflessly.

He has traveled abroad so exhaustively to mould world opinion in our nation’s favour, accompanied several Heads of States to iconic places like Aksaradham Mandira, Varanasi, Ahmedabad etc. to expose them to nation’s ancient heritage and elevated the nation to the orbit of an international voice / force to reckon with.

Prime Minister Modi has been in a perpetual state of tearing hurry to perform and transform to achieve for the nation, as much as possible, as early as possible and as much as he can. Had it been possible for the Prime Minister to stretch 24 hour day-night cycle to 36 hour / 72 hour, he would have done that at once and we would have been a witness to a very different Geo-eco system in the country !!

He has been very sensitive to the wide spectrum of complexities natural as well as Nehru-Gandhi-Vadra Dynasty created, a large army of ‘Naxalite-intellectuals’ mainstreamed all over creating all sorts of problems at every step by following minimum-reaction policy to maintain odds as much even as possible.

Given the quantum of mind-boggling / nerve-rattling insults that he had to encounter since 2002, judicial harassment from state capital to national capital, conspiracies to malign and eliminate him…impossible to be withstood calmly while delivering his best possible performance in service of the nation, are truly unbelievable. I believe it, lakhs and crores of natives believe it because we all have been eye-witnesses to all that.

Structural reforms for the entire nation unleashed by him are racing towards attaining the goal of ‘Navin Bharata’ leaving Economic Reforms-1991 far far behind. ‘Navin Bharata’ has been visualised as Hi-Tech Rama-Rajya of 21st Century guided by principles of Equity, Equality and Equanimity blending Artificial Intelligence propelled digital Maya of 21st Century with pristine Vedic / Adhyatmika wisdom as ancient as Planet Earth.

A typical Bharatiya of approaching centuries will think in his / her mother-tongue, study academics in Samskrita / Hindi and capable of conversing with anyone abroad in polished, fluent English. The kind of homogeneity in society throughout the nation has been visualised centuries ahead among natives, will lead to a situation wherein Unity In Diversity / Secularism shall not only be redundant but also butts of ridicule among citizens !!

They would be left wondering aloud as to what prompted us pursue these absurd, divisive ideals at all, centuries ago !! The kind of new generation that is being raised and nurtured, no power on the globe will ever dare to invade the country. Bharata shall be again perched on the exalted position of Vishva-Guru. Being Vishva-Guru and remaining Vishva-Guru is a sort of fundamental right of this nation. It shall be achieved in ‘Navin Bharata’ never to be lost again. Those are the goals Prime Minister Narendra Modi is determined to achieve.

Words like ‘Impossible’, ‘Holiday’ …do not exist in his personal dictionary. His tenure as Prime Minister is a refreshing change from the sort of reprehensible politics that the nation had been contending with hoping against all hopes for dawn of a new era. Going steady even at 67, in spite of decades of assiduous nerve-shattering drive, he expects the nation to extract more and more out of him, as much as possible so long as he is alive in the spirit of Maharsi Dadhici being demanded of his bones for the welfare of Sura-s by Indra!!

Prime Minister Narendra Modi reminds me of the title God’s Men authored by Nobel Laureate in literature Pearl S. Buck, read in my teens during summer holidays, wherein the protagonist Clem Miller entirely consumes himself selflessly in service of starving humanity. He has already expressed his wish to be consumed in serving his country and it’s masses. May Isvara grant him a very long and healthy life to serve the nation so that he realises all his dreams to perfection.