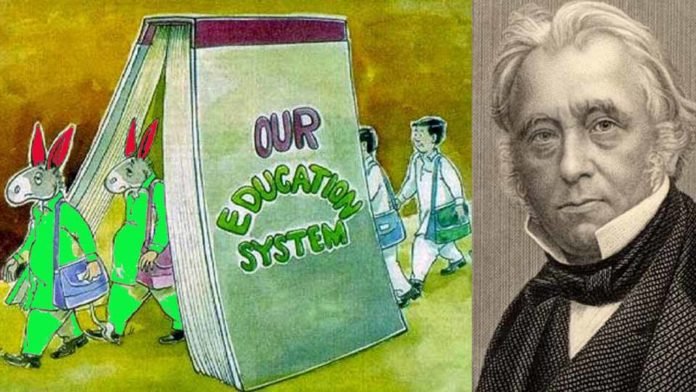 Live-in relationship is not a new concept. It had been there in the land of so-called ‘Great’ Britain for the past several centuries. Formal marriage had / has always been a red rag for those Colourless Caucasians as they never understood it’s significance and sanctity.

What was the fate of those infants born to those live-in couples, out of their immoral promiscuity –
They used to be discarded in a basket outside boundary wall of their homes to be eaten away by wild animals.

If discarded at the entrance of orphanages, they used to be picked up by nuns and reared therein, snobbishly called ‘CONVENTS’ !!

All these Convents taught only and only one subject to those ‘live-in / rape’ children i.e. Christianity with only one book to read i.e. Bible. They all grew up to become ‘Holy’ Fathers, ‘Virgin’ Mothers & Nuns / Sisters. No wonder they all keep parroting continuously, ” You are born as a sinner…” !!! Being proceeds of immorality and promiscuity themselves, they are just unable to perceive anything other than sin / immorality in the entire world.

These perverted missionaries / nuns just could not stomach the reality that such a large community of Hindu-s could be so pure, so holistic in their matrimonial relationships… they discovered, it was much easier to ruin advances of Hindu community rather than elevating themselves to those heights of glory. They thoroughly understood, elevation / advancement meant, thousands of years of ‘Tapa’ by the entire community. It was certainly not their cup of tea and woes too !!

British enacted a law to replicate the same system of Live-In Relationship over Hindu community in South Africa. Under the Act, all Hindu marriages were to be declared illegal and defunct, their children declared as illegitimately born… then consigned to Convents so that they could be tutored and converted to Christianity; enact re-marriage for all such couples under Christian laws. MK Gandhi led the fierce resistance and Hindu-uprising which forced colourless South African Government to retreat finally, for their own benediction.

British Masters of East India Company worked furiously and successfully to spread out a network of Convents in the country with the same intention and plan of action with the first one opened in Calcutta. However, by that time awakening was so volatile and assertive that they did not go ahead with the plans to declare all Hindu marriages illegal… admit Hindu kids to Convents after declaring them bastards…

All these Convents are monuments of promiscuity, treachery and sin. They were determined to treat all Hindu-s illegitimately born !! As may be they all are for themselves ! Is there any colourless British who can claim, he / she is born out of formal marriage, or his / her father, or grand-father…

Unfortunately, we Hindu-s feel ignorantly / stupidly proud if we are / our kids are tutored in these Convents, created after destroying almost 7.5 Lakh Gurukula-s throughout the country by legislating The Indian Education Act 1858, pioneered by a British unworthy, Thomas Babbington McCaulay. These Gurukula-s had 50% girl students and more than 60% so-called ‘Dalita’ students !! All studying together, receiving the same education !! And literacy rate used to be in the order of 97 to 100%, throughout the nation as surveyed by a British fellow Leitner !!!

The system was so good that they had admired it lavishly and tried their best to implant it in their own country albeit unsuccessfully. Unbelievable isn’t it ?? Alas, it is all true. When Gurukula system failed in Britain, they decided to destroy it in our country. Seven and a half lakh Gurukula-s were burnt down, their Guru-s mercilessly beaten and imprisoned. These Gurukula-s were 100% financed by society and not by a political entity, imparted even advanced education absolutely free.

After destroying the Bharatiya education system, these criminal missionaries / British oppressors presented themselves as our saviours !! It is yet another matter that their Jesus could not save himself from his tormentors !! And they still dream to save Hindu-s from Hinduism !

When will we all Bharatiya feel profoundly ashamed and acutely embarrassed by the Convent education of ourselves and our kids, when sound alternatives are very much available ? When are we going to boycott and banish these notorious Convents for the better?

Swami Ramdeva has already presented an excellent alternative in the form of Acaryakulama. So have RSS, Arya Samaja, RK Mission, Chinmay Mission… so on and so forth. We all must support and patronise these sacred institutions for our future and nation’s well-being. 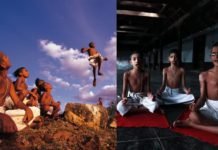 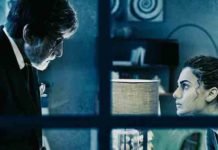 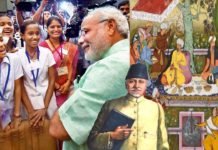