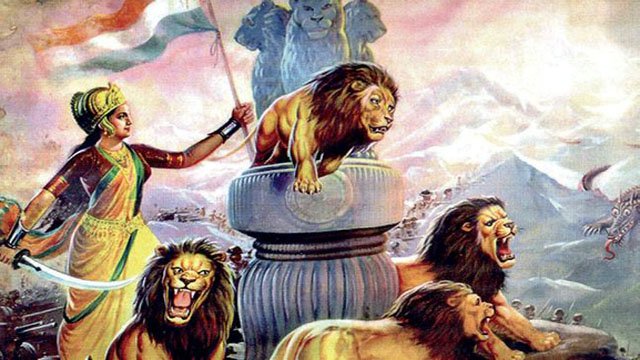 Idea of Bharata is an all encompassing, all inclusive, comprehensive and profoundly charming conceptualisation of our ancient cultural heritage, adroitly symbolised through Vayam Brahmasmaha i.e. We All Are Brahma and Vasudhaiva Kutumbakum i.e. Entire Universe Is One Clan. It is an idea which is comfortably understandable, capable of catching anybody’s imaginative faculties of positive affirmation and creativity.

Idea of Bharata is adorned with Swa i.e. Chetana at the core of existence in everyone;

Guru-Sisya Parampara i.e. impartation of Adhyatmika Jnana unto eligible disciples by Guru-s in their Asrama i.e. hermitage through Sruti i.e. orally; intellectual churning at Namisaranya and Sastrartha i.e. intensive debates guided by the aspiration to ascertain truth; primacy of Samskrita as Bhasa whose Varnamala-sounds are imbedded in seven Chakra-s of everyone’s subtle body; entire literature and scriptures authored in all disciplines of knowledge and human activities viz. Veda-s, Upanisad-s, Dvaita and Advaita Vedanta Darsana as well as Purana-s like Valmiki Ramayana, Mahabharata etc.;

Shakti being worshipped and women adored; descendance of Avatara-s to slay felons and mentor righteous ones; Suhrda i.e. selfless well-wisher;

Dharma i.e. righteousness, Artha i.e. wealth and prosperity, Kama i.e. desires and Moksa i.e. ultimate emancipation from Maya i.e. illusory reality as four sacrosanct Purusartha-s i.e. assiduous strives; Punarjanma i.e. re-birth are some of characteristics that define and delineate contours of Bharata as an ancient nation while these characteristics merely constitute tip of the proverbial iceberg. Bharatavarsa is a Rastra i.e. nation and the Idea Of Bharata i.e. Bharatavada may well be construed as Rastravada.

Bharata as a Rastra i.e. nation, not only happens to be ancient but also infinite in range and eternal in extent. It was this Idea Of Bharata that was preferred and selected by the Absolute / Eternal / Immortal / Infinite Brahma for the purpose on His incarnations at certain intervals for the benediction of entire humanity. Bharata-Mati is absolutely unique and so sacrosanct because Sri Rama, Vasudeva Sri Krsna, Gautama Buddha etc. were embodied with this Mati alone which today, we ordinary mortals are so fortunate and blessed to share the same with Them in our bodies. Those grand Avatara-s survived on those very grains produced by Bharata-Mati that we eat today to live and work. This one reality is abundantly enough to expound and underscore significance and sanctity of the Idea Of Bharata and why it is so much different from other countries / nations in the world.

Then there was a turning point in the history of this nation when someone in a distant land contrived the Idea Of India, defined that in his own way and gravely attempted to substitute ancient, pristine-pure Idea Of Bharata with his malafide and malevolent Idea Of India. ‘Lord’ Thomas Babbington McCaulay so addressed British Parliament in 1833 in the capacity of Secretary to the Board Of Control Of East India Company, “It may be that the public mind of India may expand under our system till it has outgrown that system; that by good Government we may educate our subjects into a capacity for better government; that, having become instructed in European knowledge , they may, in some future age, demand European institutions.

Whether such a day will ever come, I know not. But never will I attempt to avert or retard it. Whenever it comes, it will be the proudest day in English history.” Based on this evocation of McCaulay, I do not subscribe to the view that the Idea Of India was imposed upon the nation by the first Prime Minister JL Nehru. The concept originally belonged to TB McCaulay while Nehru and others of his ilk were mere ‘Channel-Partners’ who planted and nourished it in the country. As a matter of fact, what Independence achieved at the stroke of midnight on Aug. 14 and 15 of 1947, was merely change in colour of skin of those adorning portals of power and nothing beyond. Everything else remained exactly same including mindset of nation’s citizens which JL Nehru and his honourable cohorts never ever attempted to change in harmony with the nation’s original ethos.

Those basics and fundamentals of the Idea Of Bharata mentioned above, were factors that inspired Bharata to go for a highly democratic and decentralised form of governance, autonomous institutions, Dharma and not religion, cult or sect at the core of all socio-economic-political activities as well as for accommodating and assimilating attitude towards people visiting from abroad till we started receiving invaders instead of honourable visitors from overseas. With the Idea Of India being imposed upon the nation, decentralised and democratic form of governance paved way to centralised governance, centralised planning process, State Governments and institutions rushing to Centre begging for grants, laws being enacted from national capital divorced from realities in far-flung regions; Dharma at the core of nation’s polity paved way to sects, cults from overseas with terrible consequences of frequent blood-baths and forced proselytisations; Ananda being substituted by evanescent joy; participating democracy ensuring basics like food, water, health, hygiene etc. as societal responsibilities being withdrawn and centralised as British had trashed it; accommodating and assimilating aptitude towards overseas visitors replaced by forcible acquisition, proselytization, degradation of women and children, destruction of Mandira-s, exploitation of jungles and ravaging environment that were venerable till then…In a sense, entire original identity of Bharata was sought to be forcibly substituted by recently created rootless, self-centred and selfish identities intruding into the country like plunderers and murderers.

This identity is in fact, a composite of several identities intruding into the nation from all corners of the world. As we beheld, it was grandiosely described by cleverly contrived phrases like Unity In Diversity to combat our own Unity In Variety, notorious conspiracy of Secularism to combat our own Sarva Dharma Sambhava, cowardice as Ahimsa to confront our Sastra-Vidya, Astrology to combat our indigenous Jyotisa-Sastra, ancient value of Sahisnuta paving way to subservience and subjugation in the name of Tolerance, morbid Communism in the name of socialism to combat our Kautilya’s Arthasastra, Ekatma Manavavada and Antyodaya, destruction of Gurukula-s to challenge our 100% literacy, so on and so forth. Trail of such violations is starkly ceaseless.

This fraudulent Idea Of India engendered divides of so much diversity viz. North-South, Rural-Urban, Majoritarianism-Minoritism, Man-Woman, North East-Mainland, Dravida-Aryana, Vaisnava-Saivite, Backward-Forward, Reserved-General…. again shockingly ceaseless. The divide is so deep that all sorts of wild allegations are lobbed at anyone who even utters a word on national unity, One Nation One Identity. Even purely an economic measure of One Nation One Tax through Goods & Service Tax was resisted tooth and nail throughout the nation !!

It is this Idea Of India that gifted the nation with unbridled corruption, illiteracy, lack of character / morality and respect for law, crass selfishness and nil commitment towards the nation. It also led to blatant deification of one dynasty as the ruling dynasty on British pattern and suppression of talent in all disciplines of endeavour across the nation.

Idea Of India alone is eligible and capable of sinking to the depths of INDIRA IS INDIA AND INDIA IS INDIRA while Idea Of Bharata can only move forward and upward towards glory, reclamation of pristine splendour and the unique privilege of being Visva-Guru climaxing into II JANANI JANMABHUMISCA SVARGADAPI GARIYASI II. It is amply well symbolised by Congress resisting democratisation of Nehru Memorial Museum & Library into Museum For Prime Ministers and ManMohan Singh writing a personal letter to Prime Minister Narendra Modi to spare the Memorial in the name of Nehruvian legacy !! Well, JL Nehru left behind a legacy to be remembered too which in reality happened to be western orientalism emanating from aforesaid 1833 McCaulay’s discourse before British Parliament !! And the western orientalism in reality, mothered weird concepts like secularism and minoritism.

Enough water has flown down Ganga, Yamuna and Triveni. After 70 years of dark era of morbidity and wretchedness, we have succeeded in cognising our real, pristine identity hidden from us hitherto. What really prevents us from throwing away our borrowed, superficial identity in favour of the identity we have been renowned for centuries after centuries? Hail the identity and Idea Of Bharata. 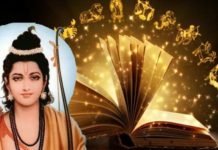 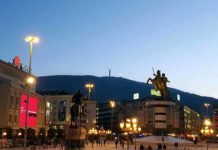 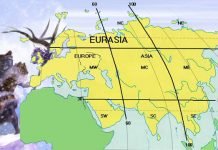