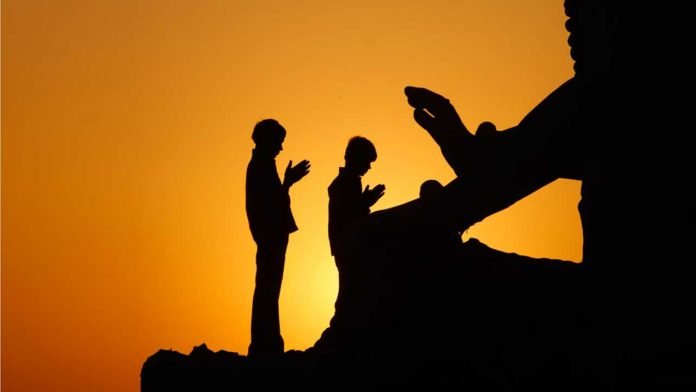 If a faith is prevented from undergoing structural renewal with changing times, sooner than later, decrepitude sets in and entire community of followers hurtle down the hill of decline and destruction. We have a classic case of Islam before us to watch and examine yet Hindus have been blissfully refusing to learn any lesson out of it in addition to, not surprisingly at all, Muslims too.

Hinduism has not undergone anything even remotely resembling a structural reform or renaissance in spite of a bevy of influential social reformers like Raja Ram Mohan Roy, Ishvarachandra Vidyasagar or even Jyoti Ba Phule. Not even titanic persona of Gautama Buddha, regarded one of Dasavatara-s, could enact anything like that. They all incarnated with a specific agenda in their hands to contend with and disappeared without causing any disruptive renewal or resurgence of Sanatana Dharma.

Centuries of intermittent overseas invasions followed by brutal domination of Mughal / British / Portuguese at all levels viz. social, political, economic, psychological etc. wrecked our entire social order and majority of our ancient values have been languishing on verge of extinction. To our enormous misfortune, nation was dominated by a dynasty planted by the outgoing British regime which was not even remotely concerned with structural renaissance and renewal of Hindu society.

Their regimes have been solely inclined to continue with the British type loot and plunder of wealth of the nation remitting to their overseas masters. Knowledge of accurate, glorious history too, denied by the dynasty in cahoots with Communist bigots and several other anti-national groups, had been a hurdle difficult to surmount.

In absence of accurate knowledge of our glorious history, Hindu-s had absolutely no idea about treasures deprived of, what to do, what to regain and how to benchmark themselves internationally with entire scenario changing so rapidly. They were fed with excessive amount of contentment, lethargy, rejection of initiatives, non-resistance and denial of smouldering desire to excel.

Hindus were expressly taught, you just cannot achieve more than what you have already or what has been provided to you by the ‘philanthropic piety’ of the dynasty. They sanctified and codified these ‘Mantra-s’ of decline and destruction through a blatantly anti-Hindu Constitution that professed not to touch regressive and self-destructive practices of minorities while liberally fiddling with everything associated with Hinduism. With all that, nation continued stagnating and declining.

The grand lid of dark ignorance was lifted for the first time by the duo of Rajiv Dixit who studied authentic version of history in various documents dispersed all over and undertook the monumental endeavour of lecturing all that all over the country in every available open forum. He was later joined by Swami Ramdeva of Patanjali Yogapitha and the mission gained momentum.

Though RSS too have been profoundly active in this regard yet largely unknown to common masses. With advent of social media, the glacial of expositions of accurate version of history turned into a raging river. It was then, people in the country started realising how terribly they had been wronged on all fronts, how diabolically our cultural icons have been desecrated and our cherished values snatched away from us. After languishing for decades and centuries, a sense of being humiliated for so long started creeping into our minds and the desire to assert our real history, culture and ancient heritage grew mightier by the turn of everyday.

Ancient Bharata was ruled over by a plethora of Samrata-s and Kings. All those Kingdoms and Royalties were more inclined towards display of their authority and much less on organising welfare of their subjects. All those Kingdoms including Rajputa ones, were essentially theocratic. So were all invaders so much so that even East India Company trooped into the country accompanied by missionaries in spite of their being a mercantile company. Multiple Mughal invasions followed by British domination deeply hurt and traumatised Hinduism as Mughals smuggled Islam into the country while British-Intruders brought Christianity through evangelism.

Concept of secularism was then brought into the polity and planted during 1930s with the sole intention of appeasement of Muslims and Christians at the expense of Hindu interests in their own country.

Acceptence of overseas faiths and their honourable survival in the country has always been a cherished norm among Hindu-s while minorities sought to transform that into a legally accepted sacrosanct institution, then indulge into vulture politics. Hindu-s had been pursuing the virtue of secularism in it’s highest manifest without being expressly declared so by any authority hitherto. MK Gandhi adopted Muslim appeasement goaded by the objective of associating them with freedom movement as they had been dreaming of return to Mughal era. Secularism now transformed into a menace, gradually gained momentum and introduced into Preamble of the Constitution by Prime Minister Indira Gandhi in 1976 through her autocratic traits and brute majority in Parliament.

Constitution that was drafted and adopted, is heavily tilted against Hindu-s with extra-ordinary protection and privileges conceded to minorities under Articles 29 and 30 while only a sprinkling, that too an indirect one for Hindu-s in the Preamble Of Constitution. Under the Constitution, minorities enjoy the privilege of six fundamental rights while majority community of Hindu-s only five !! More than that, Supreme Court did not regard Preamble of the Constitution as an integral component of the ‘mainland’ Constitution till 1978. Under those Articles, even Government schools were not permitted to impart lessons on Hinduism while so-called minority educational institutions were at liberty to teach and preach Koran / Bible as liberally as possible. It was only after 1978 that Supreme Court condescended to tilt their judgements in favour of the sham of secularism but never in favour of Hinduism. Under Constitutional dispensation, minorities (whose faiths do not belong to this nation at all) enjoyed six fundamental rights while the majority who originally own this nation, only five. Unfair and inequitable propensity towards minoritism was declared loudly when PM Indira Gandhi allowed exclusive bodies to be constituted to represent Muslims and Christians through Government orders and not through Constitutional amendments after Parliamentary debates.

Through an aggregate of all these regressive omissions and commissions, Hinduism suffered extensively in north and there was no saviour at all. Southern States were fortunate enough to escape rigours of frequent large-scale invasions hence, incidence of Hindu-Muslim communal riots had been far less than those figures of north. However, Muslims all over the country have been nostalgic about Islamic invasions and brutal domination of the country, always nurtured a subtle desire to re-capture the nation, destroy Hinduism and convert it into an Islamic country. Similarly, Christians / Churches too, nurture a burning desire to destroy Hinduism and baptise entire nation. In spite of being external to Bharata, Islam / Christianity are internationally well-organised, hence vocal and influential.

Hinduism always required a loud and influential voice to be heard. Declaring Hinduism to be a way of life is highly self-defeating rather suicidal as it forfeits the image of being an ancient, grand and highly mystical faith as well as the only way to attain self-emancipation. What the assertion conveys is it flaccid, highly manipulable, can be easily dispensed with to allow life-styles like Christianity / Islam to be in the forefront in Hindu lives, that too in an ancient Hindu-Rastra !! Historic moment of reckoning has arrived wherein some element of centrality of authority, governance and compliance must be introduced into Hinduism. Comprehensive national law must be enacted to organise all dispersed constituents and institutions of Hinduism to bring them together under one umbrella of a multiple member Akhil Bharatiya Hindu Samiti (ABHS hereafter) with the Head enjoying the status and reverence akin to that of Archbishop Of Canterbury, United Kingdom.

ABHS must be well-defined and hierarchical in organisational structure as authority flows out of the hierarchy of dedication to the mission and performance only.

ABHS must be the authorised custodian of all donations received in all temples across the nation and preside over policy decisions, how to deploy those funds most productively in service of Hindu society. Temple funds must never be deployed to any purpose other than welfare of Hindu-s.

All temples in ruins must be renovated into beautiful temple complexes.

ABHS must run institutes specifically dedicated to educating / training Pujari-s after competitive selection, to function as Purohita-s in temples all over the country.

Pujari-s selected by ABHS to be trained must be paid stipend during learning and handsome compensation after being inducted formally.

Reservation to the extent of 75% for SCs / STs / OBCs must be strictly enforced for selection of Pujari-s. This reservation must be beyond jurisdiction / adjudication of even Supreme Court as it shall be financed by donations received from Hindu pilgrims.

ABHS shall also be responsible for renovation of all temples and other related institutions, authorised to issue permission / licence to construct temples as well as order demolition / shifting of temples as the case may be.

Temples must be developed / renovated on the lines of Aksardham / ISKCON temples, excellent in all respects so much so that every Hindu feels proud of them.

Every temple must be developed into a temple complex with a school on Gurukula pattern and hospital equipped with excellent facilities. It will go a long way to neutralise ill-effects of missionary schools and hospitals erected with the sole motive of proselytization. It should be so beautiful that every Hindu feels proud about that and develop a sense of belongingness to it.

In ancient Bharata, we used to have Temple Universities. With temple funds, temple universities may be developed again imparting world-class education in Sanatana Dharma.

ISKCON must be persuaded to expand their horizons by being inclusive of Siva and other deities, not merely confined to worshipping Vasudeva Sri Krsna, Srimadbhagvadgita alone lest they bifurcate Hindu-s into two rival communities of Krsna-Bhakta and Siva-Bhakta. Hindu-Groups like Swaminarayana and ISKCON have been working commendably in expanding Hinduism all over the world. They must be acknowledged and adored by ABHS, maintain close interactions with them for attainment of their mission. Aksaya-Patra Foundation too must be roped in by ABHS and supported by all means.

Every Sampradaya / Jyotirlinga / Sakti-Pitha must be administered by an Executive Council reporting to the apex body of NAH Council. All four / five Samkaracarya-s must be selected through rigorous procedures, must enjoy status of a Cabinet Minister. Their decisions with respect to Hinduism must be regarded sacrosanct not only by the entire nation but also by Governments in States and Centre.

ABHS must also strive to persuade Buddhism / Sikhism / Jainism to join ranks of Hinduism and function as one united entity as it were during centuries of bygone era. No faith on Planet Earth is older than Sanatana Hinduism, no other faith can ensure ultimate liberation and no other faith is civilised, cultured, intense and deeper than Sanatana Hinduism. These are eternal realities that must be preserved intact and projected extensively.

Image of Hinduism being a faith of deprivation and wretchedness must be smashed into shards irrevocably. Hinduism must be raised to great heights of glory and pride, so much so that every Hindu is eager to declare himself / herself a very proud Hindu everywhere. Not only Swarajya is our birth-right but also to become Visva-Guru to the world too. And to remain Visva-Guru to the world eternally, too is our birth-right. Let that be very clear to all those who matter, all over the world.