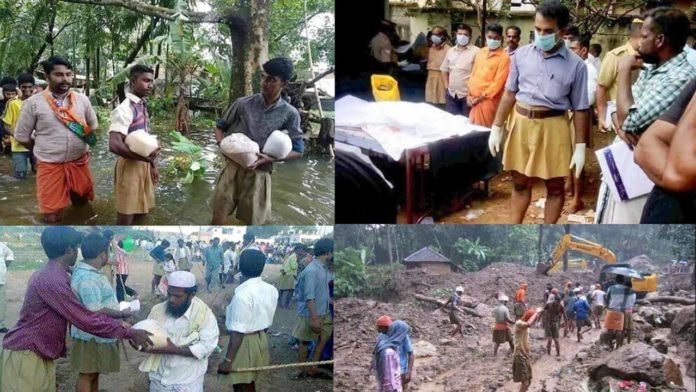 Beautiful State of Kerala is suffering and deserves nation’s support. And every possible support is being extended from all quarters. All my sympathies are with them.

The tragedy is man-made, Satan made !! And those Satans were Congress politicians in cahoots with Church / missionaries. They trashed Madhava Gadgil’s eco-report and destroyed ecology of western ghats. Churches contributed by acquiring large chunks of land to raise scores of Churches and destroyed the eco-equilibrium.

When I visited Kerala for the first time in 2016, I was shocked and dismayed to find Burqa and Jesus at every nook and corner. Beautiful state of Kerala that gifted Adi Shamkaracharya who deserved to be declared Father Of The Nation, has gone down as a Burqa and Jesus State.

Where are those Veda-Mantras chanting Namboodiri Brahmans and warriors who proudly display their martial skills every year? They all could not unite to save the State from such an idiot-ological onslaught ? Now they have united to be brutally killed by Communist beasts, Jehadis and satanic missionaries? They are not even uniting to defend themselves ? Do they believe Pinnarayi, himself a murder accused, shall protect them from murderous attacks ?

In this hour of crisis, Sangha-Parivar have come forward in a big way while Jesus-Putras, Red-beasts and Maulanas have just disappeared. Same Sangha-Parivar who are their favourite target of murderous attacks, are providing selfless services to them !!

What’s wrong if Ishvara has decided to give them a hard rap on their knuckles so that they open their eyes and learn right lessons out of the tragedy instead of submitting themselves to those bigots ?? Crux of the problem is that Hindus are just unable to cognise essentiality of unity unless and until they are severely traumatised by non-Hindus !! And that happens to be the main reason (another being treachery) for centuries of slavery and brutalities wrought upon us by foreign invaders.

I wish and pray while sharing their grief, now they see accurately where truth lies, not in Churches / Masjids but in Padmanabha / Ayappa Mandirs / Hindu unity / Sangha Parivar… and act accordingly. 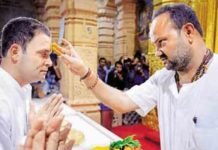 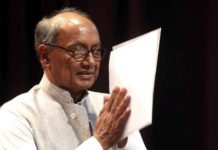 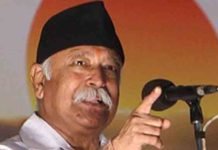