Garlic, turnip, onion, mushroom and all that cultivated in filth are prohibited for Dvija-s.

These are not regarded to be conducive to health of body, sanctity of mind and intellect according to principles of Ayurveda. Ingestion of these Rajasika and Tamasika foods lead to desecration of mind and intellect. Hence, these must be shunned by Dvija-s who are engaged in pursuit of knowledge, wisdom and spiritual advancement.

True benefactor of animals who declines to incarcerate, slay or torture them, is never distressed.

Asserting the piety of Ahimsa i.e. abstaining from harming others in any manner, Sutra precepts it’s significance for all forms of life. Ensconced therein is also the virtue of Sattvika disposition through vegetarianism for all. All those who abhor and eschew tormenting animals, treat them with love and compassion, are always free from distress of any order. Torturing birds, animals is a regressive Karma that rebound upon the perpetrator in the form of distress and miseries of all sorts.

Being impossible to acquire flesh without slaying animals that intensely defies cosmic order, flesh must be shunned.

For those who are inclined to survive and grow on animal flesh, Maharsi Manu has exposed that animal flesh rises from animals alone involving cruelty of animal slaughter. Man is by nature, herbivorous and vegetarian hence, flesh eating is a highly regressive Karma which invites profound miseries and agonies. It is immaterial how the animal has been slaughtered and flesh obtained. Animal flesh ingestion is violative of cosmic order and must be eschewed religiously.

Man being an intelligent animal, is ordained providentially to protect all animals who are essentially defenceless. Man is in no way allowed to snatch life from any animal for the purpose of feeding himself.

Those ordering to slay, slayers, buyers, sellers and those who cleave, cook and eat animal flesh, are all felons.

All those who are even remotely associated in dealing with animal flesh in any way, are equally responsible for the sin of destroying life. They all undergo same order of severity of retribution which the worst one, slayer is ordained to undergo. Every life is entitled to same order of consideration and compassion as is with human life.

Now shall I elaborate measures to consecrate body, related essentials and errands for one and all orders of Varna-s.

Beginning with first Samskara to the last i.e. sixteenth, human life is constrained to undergo and undertake activities of various hues and extent that may leave one desecrated internally as well as externally. Some of these even traumatise inner being of the performer of actions. To ensure the desecration does not corrode one to remain ineligible to move on with normal course of life, Maharsi Manu devised rituals and procedures to restore sanctity as well as eligibility for smooth resumption as before. These measures are also meant to purify all those essentials that are required for the purpose of consecration.

It is obvious from the Sutra that measures for restoration of consecration are meant for all four orders of Varna-s i.e. Brahmana, Ksatriya, Vaisya and Sudra in equal measure with no discrimination on the basis of Varna at all. Sutra is an eloquent commentary on Varna-neutrality of the wisdom of Manusmriti.

Adhering to cardinals of Dharma for acquisition of every order while rejecting all that is violative of that, constitutes highest sanctity including purity caused by water, soil etc.

Soil, water etc. are often used as means for washing and purification of self. However, these are confined to purifying one’s self only externally as these are not subtle enough to penetrate and cause purification from inside.

One’s inner being is purified and consecrated only through pursuit of one’s Dharma. When principles of Dharma are religiously followed, Samskara-s engendered thereof, are subtle enough to penetrate deep inside into the inner being and dissolve imprints of all past actions leaving behind one’s Citta pellucid as never before. Thus is ordained, Dharma alone is the purifier. It is equally valid for all four orders of Varna.

An earthenware desecrated by impurities mentioned even if once, cannot be purified again. Even the process of baking it in a furnace i.e. repetition of the original process of preparing earthenware, is incapable of consecrating the ware. Such a ware must be discarded and destroyed.

It ensures highest order of purity and sanctity in everyone’s life.

These are the activities that purify and consecrate earth, be that may for the purpose of construction of a dwelling unit or for conducting Yajna. These must be carried out periodically to maintain sanctity of earth.

Members of all the four Varna-s are at liberty to carry out the errands personally.

Woman must not stay away from her father, husband or son lest it may taint prestige and reputation of her family, clan.

Ordainment in this Sutra is essentially a cautionary advice for a woman who may owing to any reason or factor whatsoever, intend to stay separately from male members of her family. Such an act by a woman defying her father, husband or son may tarnish entire reputation and prestige of the family in question. It may also jeopardise her security too.

Some exponents have interpreted it differently. They vouchsafe, Maharsi Manu intended to ordain women to remain dependent on their fathers, husbands, son as the case may be, throughout her life for survival, sustenance and security. However, that does not appear to be appropriate at all given the level of educational, spiritual and social advancement that they possessed in their lives.

Expected from women is their being cheerful, cultured with household skills and prudent with expenses.

As woman has been visualised and ordained to be foundation of every family, there are some basic qualities that have been associated with them as in absence of these, integrity of family may be jeopardised. Cheerful disposition, proficient in household errands, prudent in financial dealings are some of the prominent attributes that are imperative for women to be an effective householder.

In absence of these attributes, integrity and well-being of family may not remain intact. Even if men are endowed with such sterling attributes, women in possession of those, is absolutely imperative and inevitable.

On meeting someone more accomplished than spouse, woman tempted to indulge in promiscuity, is attained to disgrace and dishonour.

In this Sutra, Maharsi Manu has stressed upon chastity of women being as much sacrosanct as is Brahmacarya for men, stated elsewhere. Women who compromise on chastity for any reason whatsoever, are ultimately disgraced for themselves. Woman is ordained to be entirely devoted to her spouse once the sacred alliance is solemnised after much consideration of all factors and attributes. Also, he has eloquently conveyed that no spouse is perfect in all respects, no comparison should ever be tendered or tempted towards some newer attribute suddenly discovered in someone. Matrimonial alliance is sacrosanct and must be accorded highest respect. 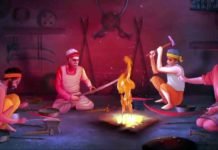 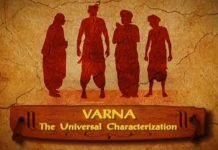 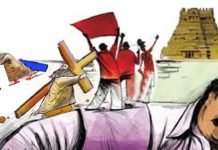