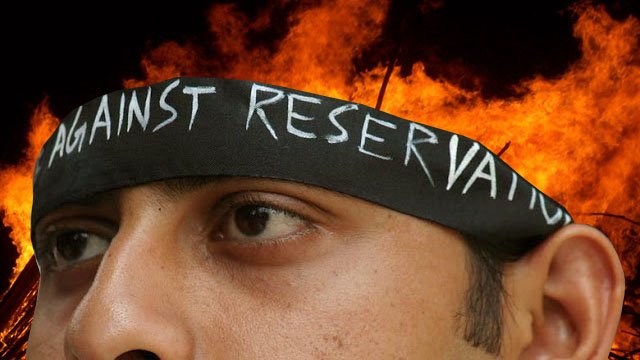 Now Marathas, descendants of Chhatrapati Shivaji Maharaja are out on streets of Maharashtra to burn down the prosperous State for their demand of reservation. Earlier they were Gujjars in Rajasthan and Haryana led by a retired Army Colonel !!

Dr. Ambedkar had ordained in 1947 itself, only 10 / 20 years of life-span for reservations. Seven decades of reservations are over yet not only it continues but grows larger and wider like a Hydra-headed monster.

Thousands of talented boys and girls had / have to leave the country for higher studies and compelled to work for foreign Governments owing to reservations while our nation struggled day and night to attain the dubious glory of Backward to More Backward to Most Backward country in the comity of nations!!

Now every community in the country aspires to be declared Most Backward and claim loaves of reservation. Most dangerous aspect is that so-called Dalits embrace Christianity, do not change their names, continue enjoying reservations of all sorts and agitate simultaneously reservations for Dalit-Christians !! Even Jesus fails to obliterate their Dalit-ism !! Irony is that so-called Dalit intellectuals participate in English channel debates donning Italian suits, curse so-called non-Dalits and abuse the country without comma and full-stop in fluent English !! I do not know how long they shall continue addressing themselves as Dalits.

So-called Dalits want to be born equal, then live unequal throughout their lives by virtue of the benediction of reservation, then die again equal, to be cremated in the same crematorium patronised by so-called Non-Dalits !! Why can’t Government / nation offer them 100% free education in any educational institution then ask them to compete equally with all others and live a life full of self-respect and dignity ???

Now that demands are being raised for reservations in private sector by so-called Dalit politicians (they have absolutely no idea how private sector works), Army and Judiciary combined with the threat to convert to Christianity / Islam if the demand is not honoured or vote Congress back to power so that they can thoroughly loot and disintegrate the nation into pieces, we may very well be heading towards a disaster of unimaginable dimensions and repercussions. Since seven decades old reservations have utterly failed to improve their destiny, fate, future and lot, it has rather raised / heightened backwardness of so-called Dalits, I propose following three-step strategic solution to their concocted or otherwise crisis of permanent backwardness –

So-called Non-Dalits may migrate to private sector (so long as it is free of reservations) or migrate abroad in massive numbers wherever they can, as before.

Those who cannot pursue first two options, may commit suicide / immolate themselves like thousands of farmers in the country have been forced to do so by previous regimes through their weird policies and blatant neglect of the agriculture sector.

I am profoundly hopeful, these measures should be able to reduce backwardness of so-called Dalits in the country. In case of an eventuality of these measures failing miserably yet again, at least so-called Dalits will enjoy the supreme satisfaction of having avenged centuries of discrimination / humiliation wrought upon their so-called Dalit ancestors by our so-called non-Dalit ancestors and their Souls satiated no matter country is irrevocably destroyed, disintegrated into pieces and captured by demoniacal forces from all over.
Let them have ultimate peace and satisfaction. 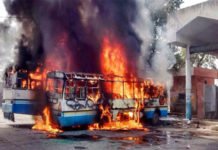