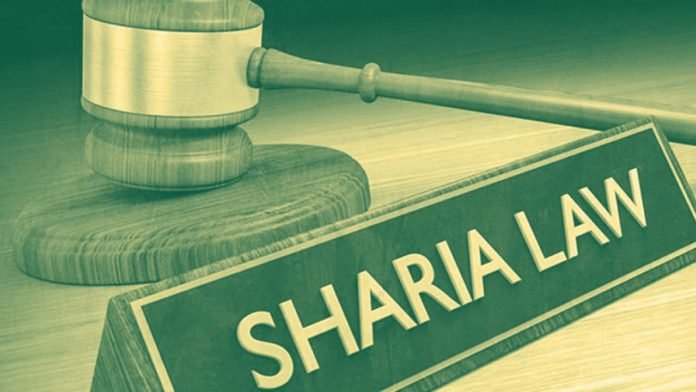 All India Muslim Personal Law Board (AIMPLB hereafter), so-called highest representative and decisive body on Islamic issues, NGO established during Indira Gandhi regime, have expressed their proposition to raise Darul-Qaza i.e. Shariat courts in all districts of the country to resolve their disputes in consonance with so-called Islamic laws.

They have announced to deliberate over the highly provocative issue involving far-reaching national ramifications on July 15, 2018. One obscure NGO demanding to establish courts of adjudication throughout the nation? How audacious, absurd and preposterous !!

“At present there are 40 such courts in Uttar Pradesh. We plan to open one such court in every district of the country. The objective of Darul-Qaza is to resolve matters in light of Shariat laws instead of going to other courts.” So said Zafaryab Zilani, member of AIMPLB to PTI.

They shall discuss sources of funds required, how to expand awareness among Muslims, raise lawyers and judges, also activate Tafheem-e-Shariyat (TeS) Committee for the purpose. The Committee has already been organising conferences and workshops all over the country with so-called Islamic experts explaining so-called Islamic laws in detail and addressing queries from anyone. With the impending decision to establish so-called Shariat courts all over the nation, Committee shall be goaded to go into hyper-active mode.

Central Government have already rejected the proposal emphatically. Shri PP Chaudhary, Minister Of State for Law And Justice has already declared it unconstitutional and legally untenable. He went to the extent of telling ANI, “Debate is unnecessary. It’s against Constitution. AIMPLB has no power to set up courts. Those supporting it know it’s legally untenable. There’s nothing but politics behind it.”

It was strongly condemned by Lok Sabha MP Meenakshi Lekhi, who asserted BJP shall oppose any such move. Wasim Rizvi of UP Shia Central Waqf Board sharply reacted by declaring such a plan ‘sedition’, blatantly anti-national. He further added, there is no space for so-called Sharia courts in Bharata. Responding to the proposal, senior Congress leader Rajiv Shukla explained, special provision of every faith is very well looked after by higher judiciary and any separate court is illegal. He outrightly rejected the idea being entirely contrary to the spirit of integrity of nation in the Constitution.

However, another Congressman and Minority Affairs Minister of Karnataka ZA Khan supported the plan, “It’s a good proposal, will help solve our problems. There is only one law in India but this is only meant to bring awareness among the Muslims.”

Dr. Subramanian Swamy of BJP blasted the proposal in no uncertain terms, “It’s a de-facto way of dividing the country and creating secession. There is only one court and one law. Constitution is the guiding force and anything outside it will not be acceptable. Any attempt made, should be acted upon strongly by the govt and these people should be arrested under the National Security Act.”

So-called Shariat laws belong to cave-men era when Muslims used to be confined to deserts of Saudi Arabia. As Muslim children are intensively indoctrinated on Islam in Madarsas compulsorily, even higher education of the highest order fails to obliterate the indoctrination. Consequently, even so-called well-heeled liberal Muslims prefer to abide by so-called Shariat laws or oppose the so-called laws only to avoid immediate trouble while nurturing an eternal hope of so-called Shariat ruling over the world one day.

To deflect excessive attention, they talk about too many issues mostly irrelevant. For instance, Amir Khan focuses all his faculties of cognition on criticising anything and everything pertaining to Hinduism but the fellow doesn’t have even basic guts to criticise Islam that originated in desert caves of Middle East 1400 years ago. Practice of so-called Shariat laws is already rampant in Bharata and done so behind the cloak of secrecy and privacy. Even Muslims are not allowed to speak about it publicly.

They even abhor the idea of disclosing principles of so-called Shariat laws as these are nothing but brutal violence of cave era in deserts. How can they discuss polygamy, genital mutilation of women, honour killings, suicide bombings, chopping of hands and heads etc. in public fora? If so-called Shariat courts are allowed to spread their poisonous tentacles across the nation, how will it be possible to negate assertive demands to raise Manusmriti courts, Sikh courts, Buddhist courts, Jain courts, Parsi courts etc.? So-called Shariat courts are proposed to be established as Muslims are hell-bent to continue with obnoxious practices of Triple-Talaq, Polygamy, prostitution through Halala and resist Uniform Civil Code tooth and nail. AIMPLB is entirely male-centric and highly biased in favour of the dominating gender being NGO without any sanction from any Government.

Central Government will have to devise and contrive some extra-ordinary mechanism to deal with the menace of Islamic exclusivity. Those champions of dialogue may be asked, when a community is determined to realise the dream of Islamic Republic of India through Gazva-E-Hind, what kind of dialogue would be effective. Will they cite one single instance when Muslims have entered into a dialogue and resolved a religious issue with a sane and rational approach? Do they really listen to reason and logic? What is the definition of their reason and logic? How do they define logic? Is there any logic other than ‘Islam is greatest of all faiths’, ‘Entire world belongs to Allah’, ‘Only Muslims are sensible / superior human beings’, ‘Non-Muslims are excessively inferior human beings’, ‘Non-Muslims must accept Islam’, ‘Non-Muslims have no right to survive as Non-Muslims’, ‘Muslims are Koran-bound to forcibly convert all non-Muslims to Islam’, ‘All possessions of Non-Muslims actually belong to Muslims’, ‘Muslim women must be black-draped from tip to toe’……is that not all clean / plain invitation to fierce crimes / blood-bath as in past, for 1400 years all over the world?

Government will have to act very tough with them, members of AIMPLB must be arrested under National Security Act, investigative agencies must hunt and crackdown on all 40 so-called Shariat courts already functioning in UP as confessed by them and any such seditious demand must be crushed with a heavy hand. 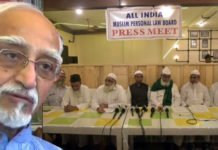 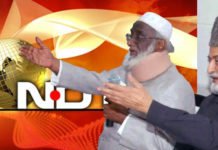