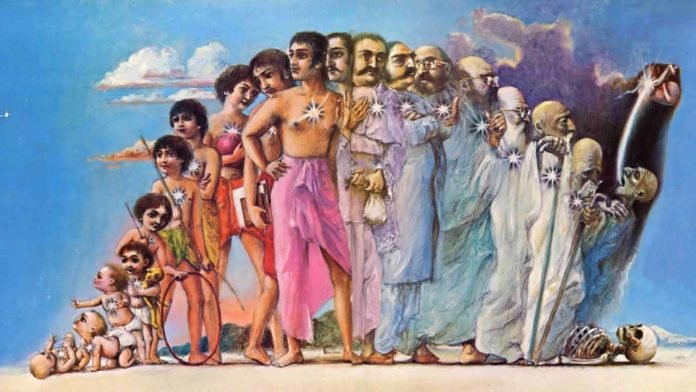 ‘Happy Birthday !’ is the greeting that is welcomed by all and sundry. Quite paradoxically, we all welcome birthday greetings most cheerfully yet shudder at the thought of growing old.

Without growing old, we wish to be greeted for our birthdays every year by as many as possible, for as many years as possible and prayed for a longer and longer life every year irrespective of age, be it 19 years or 90 years !! Unmindful of the fact that beyond a reasonable figure of number of years of age, life becomes a curse for self and an unbearable burden for others.

English calendar is grossly inaccurate. It is a poor copy of Hindu calendar computed on the basis of planetary configurations unlike English calendar based on number of days, that too randomly.

Tithi corresponding to a set of planetary configurations is the real date and time of one’s birth, rather Tithi of one’s birth and every next recurrence of the same planetary configuration would amount to completion of a year and arrival of a very Cheerful and Happy Birthday. Western countries must substitute their inaccurate calendar with Pancanga based Hindu calendar, most accurate and authentic in all aspects. As a matter of fact, based on English calendar, on everybody’s birthday, they celebrate nobody’s birthday !!! What a pity indeed !!

Cosmic journey of every animate being commences after being released as a subtle and deluded particulate Cetana i.e. Consciousness known as Atma from the Supreme Being of Param Brahmatma, undergo innumerable embodiments and dis-embodiments to attain perfection implying highly exulted state of Atma-Cetana i.e. Self-consciousness.

Only purpose of the cosmic journey through the world passing through various forms of lives, eighty-four lakhs as enumerated in Sanatana scriptures and known as Yoni-s, is to evolve into Atma-Cetana i.e. Self-consciousness from the humble state of Cetana i.e. Consciousness. As soon as the highest and supreme state of existence known as Atma-Cetana is attained, cosmic journey through the world ceases, birth and death in the form of embodiment and dis-embodiment respectively stop to come by, nothing more is left to perform, nothing more is left to be attained, all struggles and agonies are over, ecstasies refuse to delight, agonies decline to torment, sense of ownership over anything and everything is absolutely dissolved and absolute, unperturbable tranquillity dawns upon.

As soon as the serene state of Atma-Cetana is attained, such an Atma-Caitanya i. e. Self-Conscious retires eternally into His ultimate abode i.e. the Supreme Being of Param Brahmatma. There in the Supreme Abode he then rests eternally liberated from all sorts of shackles whatsoever, known to have attained Moksa. So on that plane of Adhyatmika existence, life begins when Cetana is released from Param Brahmatma and ceases after evolving into Atma-Cetana i.e. after attainment of ultimate liberation in Moksa. That is the Cosmic Life-Span.

Like Tithi to ascertain accurate time of birth and birthdays, accurate age is the one where precisely you stand in your cosmic life-span, how much of the cosmic journey you have already completed and how much more is yet to be completed before you finally bid adieu to the world. That implies, mortally you may be 30 / 50 / 60 years old yet in reality, you may be thousands or may be lakhs of human years old from the moment of your birth from Param Brahmatma!!! And you may have thousands or may be lakhs of human years of life more to live in this world albeit in different bodies before you disappear into the Cosmic Being of Param Brahmatma !!

Is it possible to ascertain one’s Cosmic Age if he / she wishes to ? Certainly not impossible but a very tough proposition to boot. It is better not to attempt to ascertain that. On an Adhyatmika plane of existence, sometimes ignorance is as much a bliss as enlightenment !! So finally, even insipid and ordinary sounding questions like, “How old are you ?” or “What is your age ?” have intense mysticism associated with them. 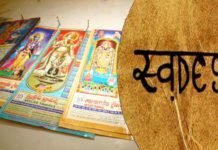 WAKE UP TO SWADESI CALENDAR 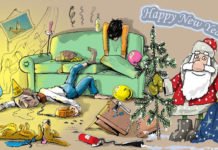