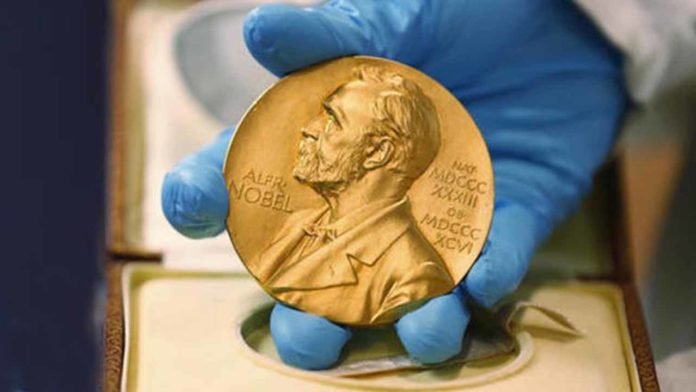 Nobel Peace Prize Committee (NPPC hereafter) happens to be suffering from an ANTI-HINDU BIAS, has been suffering from the bias since early thirties / forties.

They did not award Nobel Peace Prize to MK Gandhi because he was too wretched a Hindu in their eyes to be even considered for the accolade. Also he was waging a semblance of freedom struggle against domination of British-Caucasians, generally referred to as Whites though they are not white at all.

Completely devoid of epidermal pigmentation, they are simply COLOURLESS !!! NPPC manned by COLOURLESS-CAUCASIANS, somehow perceived the freedom struggle as anti-Christ, entirely immoral and reprehensible because COLOURLESS-CAUCASIANS believed, it was their every right to dominate and plunder deeply pigmented men / women of this continent.

What they failed to discern at that time was that MK Gandhi was an ardent ANTI-HINDU noble who was struggling to banish COLOURLESS-CAUCASIANS from the continent only to re-establish pro-Muslim rule as before. NPPC realised the blunder only too late, as recently as 2011 and profoundly / loudly regretted it in so many words. If only had they perceived the fact then, MK Gandhi would have been awarded Nobel Peace Prize immediately after the Jallianwala Bagh massacre of poor / helpless Hindu men / women / children for his creditably dubious achievements !!

In 1960s, one member of the Committee for Nobel Prize in Literature, Dr. Osterling, then a Swede noble of 97 years, responded to a question posed by the Times Of India by declaring that oriental literature was inferior, didn’t deserve to be perused, so the question of awarding Nobel Prize for Literature to an Indian (read Hindu) did not arise at all. To the follow-up question posed by the English daily, the senile worthy declared unequivocally and categorically, he had NOT read even a single book authored by a Hindu author before deciding upon Nobel Prize for Literature !!!! And he declared all that inferior !!! Does it consternate our national conscience today ???

Tagore was awarded Nobel Prize in Literature for Gitanjali in 1913 which he composed after being amply prodded by King George V who wished to reciprocate Tagore’s adulatory / sycophantic composition of Jana Gana Mana in honour of the Monarch when he visited India. King was a member of the Committee that awarded the Prize. After being adulated by Tagore through his recitation of Jana Gana Mana, the King had remarked wryly that he had never been so eulogised and adored even in his own country or respected by his own wife, ever before !!!

Satyendra Nath Bose was denied a share in Nobel Prize for Physics on discovery of the sub-atomic particle Boson even though he was profoundly acknowledged and appreciated by his co-researcher Albert Einstein, already a Nobel Laureate by then. Now the Boson has been re-named as Higgs-Boson only to undermine the monumental achievement of SN Boseas he happened to be a Hindu.

For the same reason, Italian national Marconi was awarded Nobel Prize in Physics for the research and discoveries of JC Bose which was plagiarised by him. And the Committee did not care to probe into the matter. Reality was revealed to the world decades later.

In 1930, Nobel Prize for Physics should have been shared by CV Raman and his co-researcher KS Krishnan for the discovery of Raman Effect. However, that was not to be.

Coming back to the Nobel Peace Prize, Shri Shri Ravi Shankar, founder of the Art Of Living has been nominated umpteen times who has pioneered promotion of bio-farming, adoption of orphans from J&K / North-East into his Asrama, relief work at physical / psychological levels whether in Bihar, Iraq or USA during cyclones, Ayurveda as the main system of medicine for 21st century, training young Pujari-s in Gurukula, blending ancient wisdom with so-called modern thoughts etc. All his work spans entire length and breadth of the world yet he has not been noticed by the NPPC who are adept at selectively noticing only non-Hindu / anti-Hindu Peaceniks pandering to certain vested interests.

Swami Ramdeva of Patanjali Yogapeeth, Haridwar more than deserves Nobel Peace Prize for his pioneering work in the same field. Indeed, Nobel Peace Prize would be honoured if conferred upon him. Alas ! again, he happens to be a Hindu !! That too, a saffronised one.

Will someone question as to why Nobel Peace Prize was awarded to US President Barack Hussein Obama ? What was his achievement, if at all ?

NPPC refuses to cognise that till 19th century, Europe’s admiration for Hindu philosophy and Adhyatma had been unmitigated. French philosopher Sonnerat had acknowledged in 18th century that even Egypt & Greece owe their wisdom to Bharata, that so-called scholars like Pythagoras went to Bharata to learn from Brahmana-s who were acknowledged by them as the most enlightened of all human beings. German philosopher Schlegel admired Samskrita for it’s highest philosophical precision and depth. Nietzsche studied Veda-s and declared, Buddhism and Brahmanism are much deeper and more objective than Christianity. American mathematician Seindenberg acknowledged mathematical wizardry of Hindu-s boundless and unbelievable. Hindu astronomic systems were found most advanced in the world, ahead by at least 4,500 years by the French astronomer Bailly. After demise of Nietzsche in Jan. 1889, bogus concept of ‘Helleno-Centrism’ was propagated in Europe & USA that all philosophical systems came into existence in Greece and there was no wisdom before that in the world !! Two worst proponents of Helleno-Centrism were the Britishers and Missionaries of Christianity. They vigorously championed the idea at all levels that they were born to civilise heathens and savages that Hindu-s were !!! They refused to accept that Jesus had come to Bharata to study Hinduism / Buddhism in his early years.

When members of NPPC sit down to deliberate on whom to confer the awards, they are influenced by these blinkered Christian visions of the world. They believe that Greece gave birth to democracy while Jesus, to humane civilisation !! SO, IT IS A BAND OF HIGHLY VICIOUS AND VENOMOUS MINDS WHO DECIDE UPON THE SO-CALLED MOST COVETED PRIZE IN THE WORLD AND CONFER UPON THOSE WHO MAY NOT STAND SCRUTINY IF THE BIASES AND PREJUDICES ARE ERADICATED.

Majority of Nobel Peace Prizes have been awarded to people with narrower or controversial gains. Henry Kissinger and Manachem Begin are prominent among politicians. ‘Mother’ Teresa is another highly controversial figure who indulged in conversions, was hell-bent on humiliating the country for poverty / wretchedness before the world. She did not find even a single destitute / pauper in her own country, Albania. Instead of ‘Bharata-Kalankini’, she was awarded ‘Bharata-Ratna’ in addition to the Nobel Peace Prize !! Now there appears to be yet another twist added to the entire saga. Nobel Prizes are awarded to those who publicly berate Hindu-s and Hinduism. Economist Amartya Sen is a standing example of this newer phenomenon. We, as a nation, must wake up to their nefarious designs and resist such self-appointed preachers and their dubious awards effectively.

Note :- When I tagged link of this article on twitter to Nobel Committee at Stockholm, they replied by sending details of Nobel Laureates from Tagore to Sen. I responded to the revelation laconically – Several more deserved it that but weren’t. 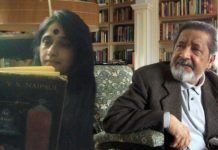 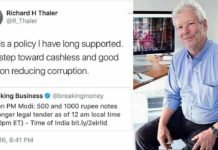 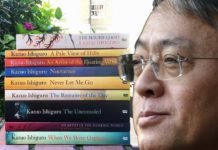