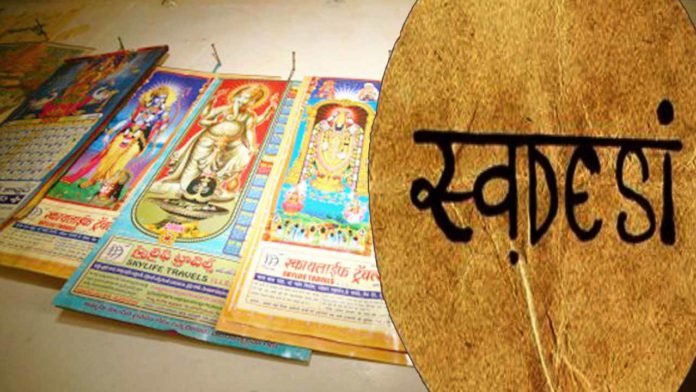 Except for the diminishing tribe of calendar writers, hardly anybody is aware of significance of Hindu calendar, it’s precise accuracy or the erudite astrologers / mathematicians of ancient times like Varahamihira, Bhaskaracharya and Aryabhatta.

How is that Independence Day, Republic Day and Christmas fall on the same respective dates while dates of Holi, Dipawali, Vijayadasmi etc. fall on different dates every year? Those days and Christmas are derived from so-called secular calendar named after Pope Gregory while festivals, Pancanga based on Vikram Samvat.

Secular calendar is not secular at all as one has to mention AD i.e. Anno Domini ( Year of birth of Jesus Christ) or BC i.e. Before Christ. It is Christian calendar that is taught in schools and dates stamped all over, are based on Gregorian calendar only.

In spite of enormous influence of hollow western culture, whenever it comes to searching for auspicious time for all important ceremonies / functions in family / home / household / offices, one relies on Pancanga based on Vikram Samvat. Sanatana Hindu culture mandates, functions / ceremonies or a new venture be undertaken on an auspicious day. Bharatiya new year starts on first day of the month of Caitra Sukla Paksa and the day is associated with so many auspicious moments –

It is the first day of the commencement of creation of the universe 1,97,39,49,110 years ago with the sunrise by Prajapati Brahma.
Day of auspicious coronation of Sri Rama in Ayodhya after being victorious in the battle against Ravana, King of Lanka.
First day of auspicious Navaratri, nine days before birth of Sri Rama.
Birthday of Guru Angada Deva.
Birth of Arya Samaja by Swami Dayananda Saraswati.
Birth of Santa Jhulelala in Sindh province.
Birthday of Dr. Hedgewar, founder of RSS.
Salivahana established his noble empire on this day after defeating Huna-s in south like Vikramaditya.
Coronation of Yudhisthira was done on this day after defeat of Kaurava-s.
It is also the dawn of Vasanta after completion of leaf-fall signifying end of winter and begining of summer. It is also the time of ripening of crops.
It enjoys tremendous spiritual import too. Begining with nine-day fasting, everyday Puja, Purnahuti on nineth day then, terminating with ‘Kanya-Pujan’ and ‘Bhandara’.

It enjoys scientific import too. Hindu Luni-solar calendar incorporates lunar and solar cycles accurately. Our days, months, years and their minutest units are computed on the basis of celestial migrations and movements. Our Rsi-s divided one complete spin of 360 degrees into 12 equal parts known as Rasi-s. Every Rasi spans 30 degrees, quarter and a two Naksatra-s and the first one is known as Mesa. Out of total 27 Naksatra-s, every Naksatra spans 13 degrees and 20 minutes. Each month has 30 Tithi-s and exactly corresponds to one Lunar cycle. Also Sanatana Hindu calendar is economy and season sensitive too, based on agriculture which depends on monsoon and moisture balance.

Number of days in a month in Christian calendar vary – 28, 29, 30, 31 days completely disconnected with any planetary cycle. Key concerns have been like month named after Augustus Caesar should not be shorter than the one named after Julius Caesar !! Length of an year is not accurately based on Solar cycle. 365 and one-fourth of a day appeared from Julian calendar, yet another Christian calendar in practice prior to the Gregorian calendar !! According to Maharsi Aryabhatta of 5th century, true length of a tropical year is 365.242 days.

Huge error was caused by the fact that Greek and Roman numerals could not state fractions of one hence, they accepted easy to conceptualise, one-fourth of one. In absence of their knowledge of decimal-points, Julian calendar erred by a day per century. In 1572, Christoph Clavius as head of Calendar Reform Committee, introduced Hindu mathematics of decimal points to Jesuit syllabus to reform Gregorian calendar. Even in 1582, they were unable to understand precise fractions of an integer hence, they invoked an inaccurate system of leap years. Since Gregorian calender was based on the date of main Christian festival of Easter, it never could achieve exact length of year in history as equinoxes never occur exactly on the same day every year.

On the contrary, computation of time begining with Jan.1 is known as AD, connected with Jesus and his Christianity. It was floated by the Roman King Julius Ceaser three years after Jesus’ birth. It was introduced into the country in the year 1752 by the British-Intruders. Prior to 1752, their year started on March 25 !! First six months of Christian calendar are named after Roman deities viz. Jonus, Mars, Maya etc.

July is named after the Roman King Julius Ceaser and August, after his grandson Augustus !! That is why, these two months span 31 days each !! September to December are named after months of Roman Samvat. What is the rationale behind such a nomenclature ? It should have been based on celestial / planetary bodies and their movements. They just did not know how to compute time.

Just as AD is connected with Christianity, Hizri is connected with Mohammed / Islam. On the contrary, Vikram Samvat is connected ONLY with celestial / planetary movements and migration. Hence, Bharatiya system is not only downright secular but also represents highest order of intellectualism and rich traditions. Even the oldest scripture in the world Rg Veda also endorses it. Yajurveda has detailed explanation on Vikram Samvat calendar. From all the three angles of evaluation i.e. secularism, science of astronomy and economic interests, Christian calendar is the worst conceivable calendar among all calendars from Sanatana to Mayan.

Post Independence Calendar Reform Committee headed by Meghnada Saha was entirely western oriented in a Nehruvian style who emphasised on adoption of Christian calendar alone. It was one of the worst days of self-humiliaation, self-negation of the nation where the ‘most scientific and accurate calendar was already evolved. Vikram Samvat calender has entered 52nd century of Kaliyuga calculated to have started 5100 years ago at the end of Krsna Avatara.

No other system of Time computation is as thorough, comprehensive, enlightened and older than this one. Is there a single historical event associated with Jan. 1 to boot ? So-called Christian new year!!!

Why should we not be proud of our own system of Time measurement? 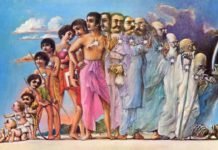 WHAT IS YOUR AGE? HOW OLD ARE YOU?