This is the fourth time since 2008 and eight time since 1977. That Kashmir will be placed under Governor’s rule.

So, this event can be seen in both ways ;

One, what difference will it make in controlling things here if they have remained the same ever since 1977 and the other view can be

Two, What is so unusual about The event now, because this is the eighth time that Kashmir has been placed under Governor’s rule. So, there is no need to spend time discussing this.

As per the constitutional requirements, sooner or later Govt has to announce elections or else some unholy opportunistic alliance may take place like it happened in Karnataka.

Whatever, it is worth, one thing is sure that Kashmir valley is so badly stuck in this web of violence, like the crisis in west asia that it is unlikely that people can get any respite.

There are so many stake holders ; Jehadis, Maulanas, Political parties, media men, financial sponsorers, intellectuals, the unemployed radicalised youth etc that there is no way that this web of violence can be untangled any time soon.

Let us not be in a hurry to resolve the crisis and take hasty steps or allow things to happen which may be detrimental to India’s unity and security.
Let people of Valley tire themselves out. After all, they have to learn to live in a multi religious society.

Hopefully at some point of time they will be able to see light across the long tunnel.
The Govt, as of now, should be happy to contain the violence within valley i.e North of Pir Panjal ranges and let it not spill over to other parts of the Statei.e South of Pir Panjal as well as in other parts of the country which previous Govts allowed to happen.

If one sees things in this perspective, the Govt has done its job well.

Pakistan and its Jehadis would use this opportunity to strike in other parts of the country inorder to prove that the current Govt has failed to manage the Kashmir issue and contain terrorism.

Lets hope for the Best. 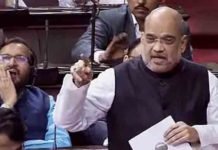 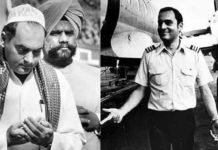