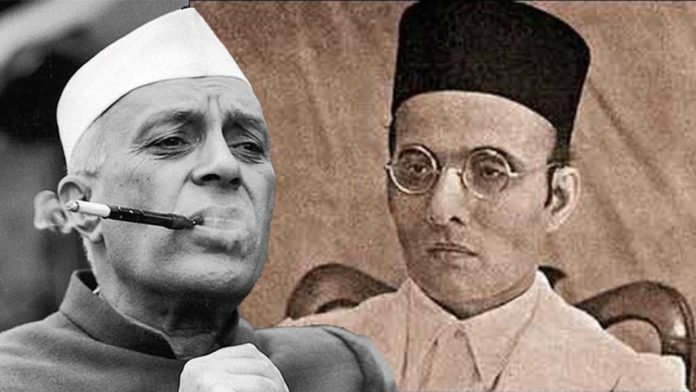 Vinayaka Savarkara remained imprisoned for 27 years (1910 to 1937) after being awarded two life terms, underwent inhuman tortures like being manacled round the clock, surviving on gruel infested with worms, hauled to oil mills like bullocks grinding mustard seeds uninterruptedly, being flogged, no access to sun-light, no medical facility and no contact with the external world.

It was in no way different from The Gulag Archipelago and Guantanamo Bay. Vinayaka was marked ‘D’ for dangerous among all prisoners. For any trouble in jail, he used to be mercilessly beaten first. He did submit mercy-petitions but those were tactical ploys like Shivaji’s letter to the Mughal-Satan Aurangzeb to secure release, come out and work more stridently for independence of Bharata instead of wasting away a life at the hands of British despots with no development towards freedom.

On the contrary, Nehru’s jail terms were magnificent holidays in a bungalow within jail premises with curtains of his favourite colour blue, always at liberty to follow his hobby of gardening at leisure and writing books, food of his liking…. When Nehru’s wife fell sick, his jail-term was suspended without even his asking for that!! And Nehru was ‘kind’ enough to accept the offer gracefully!!

His jail-luxury has been very well exposed by Aruna Asaf Ali, another contemporary freedom fighter. If anti-national Communists say that Nehru did not buckle down like Savarkara, it is sheer treachery and travesty of truth. 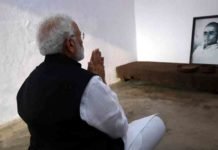 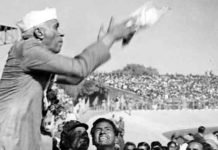 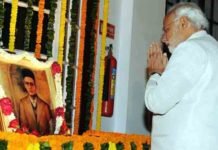