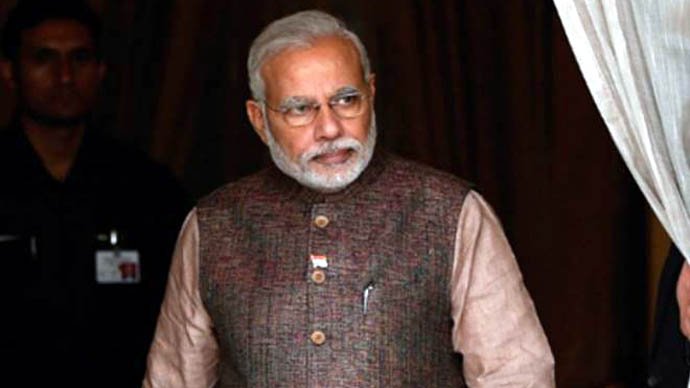 The ex-diplomat has done it again, probably 5th…10th tier of diplomacy in shit-hole neighbourhood on our west. How many times shall he be allowed to utter that, I do not know who knows that !!

How long are we going to be tolerant to anti-national fulminations of so many rabid traitors yawning and gnashing their canines to spread their tentacles across the country, raised and nurtured by Nehru-Gandhi-Vadra Dynasty ? All these have been happening at intervals too frequent to be ignored in the garb of cooked-up controversies and our limits of tolerance have long been transgressed.

If we cannot shoot down the fellow at Wagha border the moment he re-enters into the country, least we should do is to impound his passport, arrest him under NSA / sedition law and extend all ‘royal hospitalities’ in Tihar Jail through our cops. Anti-national utterances in the name of freedom of expression / election campaign etc. damage image of the nation internationally and that affects us all. Some sort of tight discipline in this regard is urgently required.

One more young tourist has been slaughtered by stone pelters in Kashmir. Why are stone pelters not being butchered ruthlessly then and there by the Army ? Are we planning to reform them ?

Can we really reform snakes and scorpions, Mr. Prime Minister ? In fact, we should have pursued zero-tolerance policy right with the first stone pelter who should have been shot down at once. Why can’t Government order CRPF to storm into University hostels across the country and throw away all traitors lock, stock and barrel out of campus at mid-night, preferably during heavy rains ??

Why is that so many other countries just go ahead without even blinking their eye-lids while our noble judiciary grants them bail / anticipatory bail and their release is celebrated by a bunch of lunatics ?? Why do / should Government wait for a public uproar before initiating action ? Ordinance for death sentence for child rapists should have been enacted right after first crime of child-rape itself but the Government waited for a public uproar to come by first before acting. Why is that so Mr. Prime Minister ?

One foreign agency opined, in case of any possible conflict with China over Doklam etc., world shall blame China because Hindus are too timid and lethargic to act first !!

Mr. Prime Minister, I am really intrigued and ashamed of such compliments heaped on us by foreigners even though they appear to be right to a great extent. There is an Intruder-Faith which has been carrying out blood-bath, pogroms, brutal anti-human crimes against defenceless women and children; the Intruder-Faith destroyed thousands of our monuments, plundered our treasure and we continue to allow them have an infinitely long rope ?

Why Mr. Prime Minister, why ? What are we waiting for ? That they will cry one day with copious tears on every public crossing for their infinite number of misdeeds and apologise with folded hands to Hindus across the country ?? No way, Mr. Prime Minister, no way.

There is another Intruder-Faith which has been busy converting Hindus surrepticiously for the last 350 years or so. They even attempted their best to proselytise MK Gandhi !! News snippets tell us, entire southern Bharata villages have been successfully converted by them. Even after 350 years of their nefarious activities in the country, they have not been banned so far.

Why Mr. Prime Minister, why ? Are we going to watch them for another 350 years before we stir into action ?? Why such a Hindu-timidity even now after generations of sufferings and agonies ? Loot and grab of properties owned by Hindus as well as Government land by them has been going on in our country for the last 800 years or so and the ONLY action I am aware of is the Enemy Property Act enacted by your Government so far.

What about other properties and monuments grabbed by followers of Intruder-Faiths ? Activities of these Intruder-Faiths have now assumed sinister dimensions. One has been holding huge chunk of land snatched away from our ancestors and the other, in the process of snatching in the name of prayers. These nefarious activities have necessitated to prepone our resolve to declare the country a Hindu nation, start recovering all our lost monuments and land captured by them. No other country, no other community would have allowed even a whiff of those nefarious activities while we allow them honourably in the name of our Sanatana ideals !! Our Pundits do not teach us, Vedic ideals too have limitations, shall lead to disastrous consequences if not calibrated through Chanakya principles. I hold, Chanakya wisdom is more relevant than Vedic ideals in these years of turmoil !!

Propaganda must not be allowed for some to think, situation is grim in the country. Disciplined, no-nonsense nation is urgent need of the hour and we expect your Government to act swiftly in that direction every day, every moment.