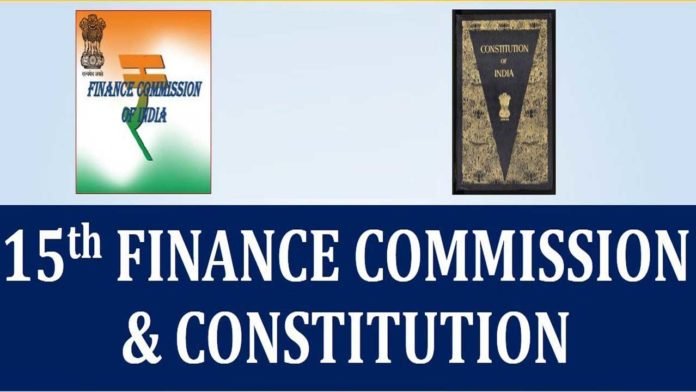 First Finance Commission was established by President in 1951 under Article 280 of the Constitution to define financial relations between Central Government and individual State Governments.

XV-Finance Commission constituted in 2017, has been mandated to formulate recommendations on the basis of which tax revenues are to be divided among Centre and States under new regime of GST and a resolve for augmented devolution of financial resources to States, ground of real actions of development.

XV-Finance Commission has suddenly attained paramount importance owing to their decision of relying on Census-2011, the latest one available hitherto, for the purpose of formulating their recommendations.

This one decision, absolutely appropriate and objective, has raised lot of dust and storm in southern States, aggravated by ongoing political atmosphere of recriminations and isolationism. GST and Census-2011 have together transformed entire contours of the institution of Finance Commission just as entire political class suddenly woke up to tremendous importance of NCERT ignored and neglected till then, when NDA-1 headed by PM Vajpayee undertook the exercise of re-writing school textbooks in 1998 !!

Finance Ministers of Southern States lost no time in assembling in Thiruvananthapuram to express their serious apprehensions about XV-FC recommendations based on Census-2011 report that states declining rate of population growth and population stabilisation in those States. Those are Apprehensions In Anticipation (AIA) indeed !!

Their AIA are largely based on a possible significant decline in their share of taxes received from Centre as they have been performing better than northern States in terms of HDI including population replacement. Kerala and Tamil Nadu together declined to add 30 million more mouths in that period of 1971-2011 while UP, MP, Bihar and Rajasthan merrily added 50 million more mouths to burden national resources during the same Kala-Khanda.

Every prosperous State whether Gujarat, Maharashtra, Panjab or Haryana have a permanent grouse that they always receive much less share of taxes per Rupee transferred to Centre by them. Whenever political party in power in these States is different from that in Centre, they vehemently demand, entire revenue collected by them must not be touched by the Centre while more than willing to ‘sacrifice’ their share of central allocations in favour of backward States. If such nefarious demands are to be considered seriously, not only entire concept of distribution of resources among States is rendered infructuous but also it raises a serious question as to why should all these States remain united in a single republic at all !!

Why should the country exist at all then?? If wealthy States in a nation decline to support weaker States to rise and prosper, it will lead to complete anarchy and fragmentation of entire country which in turn, will destroy their entire prosperity to reckon with. Addressing regional disparities financially, is a paramount task of every Finance Commission.

Poverty anywhere in a country is a threat to prosperity everywhere in the country. Richer States shall always receive less than what they contribute to the nation only to ensure, all round development and inclusive growth for all. That is celebrated as the most progressive way of devolution of development funds from Center to States.

Reverting to the myth of North-South Divide being methodically created by Southern Finance Ministers, it is interestingly ironical that north too have rich States viz. Panjab, Haryana and they too, receive less than what they contribute to the Central pool of taxes. So resources ‘sacrificed’ by southern States do not move into coffers of wealthy northern States at all. It is an interesting observation that districts in north Karnataka contribute higher proportion of taxes than districts in southern Karnataka yet they spend more in districts of southern Karnataka even as the State Finance Minister complains about North-South Divide in the country !!

Western UP, as developed as any other advanced State in the country, contributes maximum revenue to the State Government that is mostly deployed in eastern regions of the State. North-South Divide is being propagated by vested political interests owing to impending Karnataka Assembly-2018 and Lok Sabha-2019 elections notwithstanding grave consequences that may fall upon national unity and scars thereof, may be difficult to heal soon.

Nation have come a long way from Census-1971 to Census-2011. During this period of existence and development, even poor, backward States have registered giant strides when it comes to demographic composition and they are continuously improving in terms of population replacement. It will be an entirely preposterous and a regressive exercise in futility if XV-Finance Commission are to formulate their recommendations based on Census-1971.

Nation have undergone gigantic socio-economic changes in this 30 year Kala-Khanda and it would amount to spike of irrationality if improvised data available are ignored to placate a few lobbies of vested political interests. As a matter of fact, all their AIA are hilarious and ignorant in nature because during Kala-Khanda of Census-1971 to Census-2011, poor and backward States had added more than 100% mouths to be fed than those Southern States (50 to 75%) whose Finance Ministers congregated to object incorporation of Census-2011 as baseline of fresh recommendations !!

They may well turn out to be losers in terms of devolution of taxes if recommendations are again based on Census-1971 which they have been demanding ignorantly. On the contrary, Finance Minister has already categorically assured them ‘incentives for efforts and progress made in moving towards replacement rate of population growth” destined to reward States all over the nation who have done well in terms of demographic composition.

Moreover, being highly populous, they are Consumption States and pay indirect taxes on huge volume of purchases. Now all these huge amount of taxes collected in natural resource rich Consumption States, are transferred to their respective corporate headquarters located in metros like Mumbai, Bangaluru, Chennai, Ahmedabad etc. from where direct and indirect taxes are paid to the Government and credit for being huge tax contributors to the Centre is appropriated by those States. Therefore, is it not true that poor, backward States have paid significantly for the development and prosperity of developed and prosperous States in western and southern regions ?? Is it not true that large chunk of taxes contributed by wealthy States to Centre in reality, belongs to poor and backward States ??

Similarly, it may also be researched how much funds collected as deposits by commercial banks in poor and backward States are deployed as credit for development of developed and prosperous States. Credit-Deposit Ratios of all these States may well turn out to be an eye-opener for all those holding Apprehensions In Anticipation dear to their bosoms and stoking fires of separatism for their political gains.

The institution has also been responsible for democratising the issue of Special Status accorded to certain States based on defined guidelines. This issue had assumed extensive coverage in media when Andhra Pradesh Chief Minister CB Naidu was obstinate about grant of special status to AP though Prime Minister firmly turned it down as it would have opened a Pandora’s Box for 10 more States (Jharkhand, Chhattisgarh, 6 NE States, Bihar and Rajasthan) to rise demanding the same though their reasons for special status are more genuine than that of Andhra Pradesh.

Finance Commissions have always been instrumental in integrating the nation financially, then socio-politically.