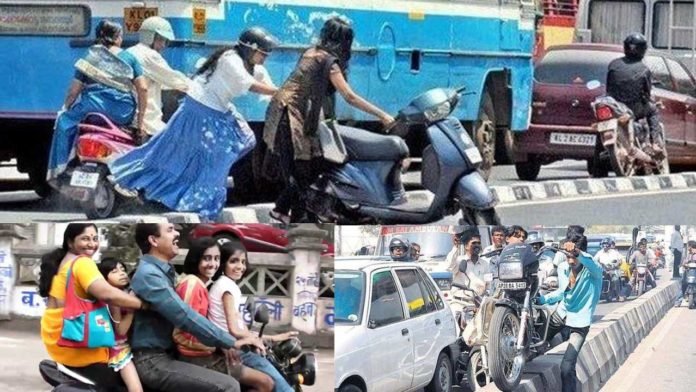 Our behaviour is an outcome of our attitudes and also the rules, systems and procedures in vogue.

Stand alongside a busy road of any Indian city and watch the movement of traffic on the road. Our behaviour on Road, implying, the way the traffic moves on road will tell us a lot about the society, its people, the attitudes and the way a nation is functioning.

One, There are hardly any cops on road and even if they are there, they hardly bring any confidence to the people.

Two, their Bosses are hardly seen on roads.

The above two indicates that there is hardly any supervision or monitoring being done. There is a lack of leadership. The officials responsible at the lower level to deliver are either poorly trained or attitudinaly not fit or lack enthusiasm.

Three, There were very few traffic lights for many many years. Now they exist at many cross roads and there are even cctv cameras being fitted, but they often mal function and where they function there appears a long line of vehicles desperately honking and negotiating through narrow passages to get as close to the cross road so that they can cross the moment it turns GREEN.

Four, But there are many who jump the lights. If they get caught they pay the constable and get away. Chances of getting caught are also remote.

Five, the vehicles maneuver and even occupy the corner left lane thereby not allowing the vehicles turning towards LEFT to pass which leads to a jam.

The above, three indicate that people by and large do not like adhering to norms and are in a habit of finding loop holes and manipulating the system to their advantage. Due to corruption and also loop holes in the system they have become brave to break the laws. They also do not bother if their ACTIONS can cause inconvenience to others.

Six, the pedestrians and the cyclists are having a tough time moving on the roads.

Seven, Those having bigger vehicles like SUVs, trucks, buses are driving fearlessly with no concern for the lives of others. The motor cyclist does not care for the pedestrian and the cyclist. similarly, the cars do not care for the smaller motor cycle and so on.

The above two indicate that THE WEAK and deprived have no place in the society. JISKI LAATHI USKI BHAINS is the proverb that describes the state of affairs in the country. If you are influential, you can get things done. Show me the Face and I will Show you the Rule is the norm here.

Eight, In case of any accident the people just pounce on the poor driver of the bigger vehicle.

Nine, the vehicles, the pedestrians can appear from any direction.

The above two indicates that No one cares for the rules here. and in case anything goes wrong THE PEOPLE LOSE ALL LOGIC AND RATIONALITY IN THEIR EXUBERANCE AND ADOPT THE BLAME GAME. the best word to describe our democracy is ; MOBOCRACY.

Eleven, these vendors are removed by the municipal officials on a regular basis but they again appear. When you go and check the state of affairs in factories one finds that there is an acute shortage of workmen.

This indicates that people are not wanting to take a difficult route to earn their living even if that can get them some skills and better earnings and also a guranteed employment. They are in a habit of Glorifying their POVERTY ; SAHAB HUM GARIB HAIN, KAHAN JAAYEN.

Twelve, Many of them driving the vehicles leave you wondering as to how have they acquired a driving licence.

It indicates that merit alone is not a sure recipe for success here.

This has been the state of affairs of our society and Nation for many many years.

Now, that TRAFFIC LIGHTS are being placed at numerous cross roads, it is natural that people not used to those lights are not going to like all this. Used to JIS KI LAATHI USKI BHAINS norm, they are now trying to subvert the system, artificially creating a feeling of dis contentment using all tools at their disposal.

Getting used to these Lights and Lanes will take time.

To place the lights and to ensure that they work in a society like ours ONE DOES NOT REQUIRE AN ECONOMIST OR A DOCTOR OR A LAWYER. OR A CA.

You require a strong administrator, who understands the nitty gritties of ADMINISTRATION. 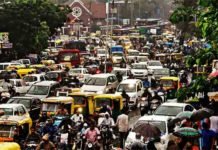 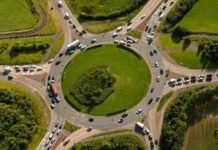