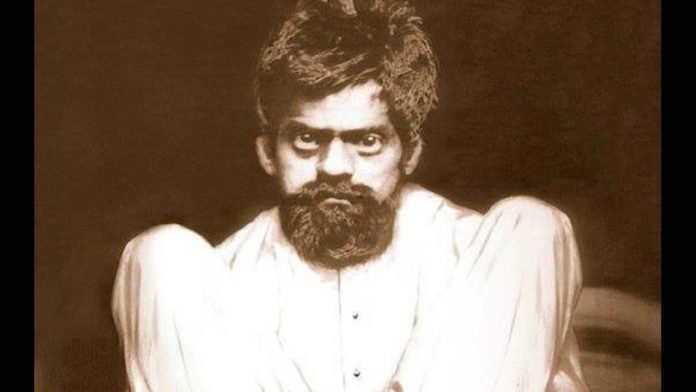 Yogiraj Shri Shankar Maharaj was undoubtedly one of the greatest saints of Maharashtra in the modern age. He was an Auliya or Avadhut, a term used for yogis who have reached perfection and have achieved Siddhis (occult powers).

He belonged to the Nath Panth (Sect), though he did not follow its their dress or mannerisms. He took samadhi in Pune at the age of about 150 years on April 28th 1947, an event which he had postponed for seventeen years at the request of his disciple Dr Nagesh Dhaneshwar. His Samadhi Mandir which houses his physical body is in Pune on the Pune-Satara road about 10 Km from Pune Railway station.

Shree Sadguru Shankar Maharaj’s childhood activities were outstanding, like swimming in deep water, playing with tigers in the forest, catching live snakes and bringing them home, producing sweets from His fist and giving it to small children, playing with birds and making them sit on His shoulders, visiting festivals and getting engrossed in hymns, telling people their future which by due course of time turned to be true, etc.

After Maharaj left His house He visited Kedarnath and showed His prowess to the people by having bath in bath in the river Mandakini, which was freezing below 0°C.

In the year 1945, Shree Digambar Saraswati Rajyogi Anna Maharaj met Shree Shankar Maharaj. Maharaj promised him, “I will come to bless you after 21 years”. And after that Maharaj took His Samadhi in the year 1947.

But in the year 1966, Shree Rajyogi Anna Maharaj met Shree Shankar Maharaj in a festival organized at Waghod. He took Maharaj to Raver. Everyone bowed at Maharaj’s feet with love and affection. They offered Maharaj food. Shree Rajyogi Anna Maharaj brought Maharaj to his house in Mumbai. They attended the engagement ceremony of Mr.Anant Kalkar and Miss Jayshri Ikkhe. Maharaj gave His cap and handkerchief to father-in-law of Mr.Anant Kalkar.

After that Maharaj disappeared from there. And from that day the Ikkhe family flourished. Today the cap and handkerchief used by Shree Shankar Maharaj is with Mr. Ramesh Ikkhe at Mulund (Mumbai).

In the year 1989, Mrs.Uma Nerurkar and Mr. Shankar Nerurkar (proprietor of Ideal Book Depot, Dadar, Mumbai) were returning back at night from the Incarnation day ceremony of Shree Swami Samarth at Borivli. In the darkness of the night Shree Shankar Maharaj came forward from the bushes and asked for a cigarette and matchbox. The couple gave cigarette and matchbox to Maharaj.

At once Maharaj took it and disappeared in the bushes in the darkness. Both of them were speechless and stunned at this unexpected experience of the divine vision of Shree Shankar Maharaj.

Shree Shankar Maharaj gave His divine vision to one of the devotee by arising from His Samadhi. After three years from Samadhi, on the fortnight of the eighth day from the new moon day Mr. Abhyankar saw Maharaj getting up from the Samadhi and playing with the hanging candle lamp with His leg.

Maharaj took a long time in the toilet, so he entered the toilet and discovered that Maharaj had disappeared. So he rushed to the trunk to see if the cap and the slippers were there, but both the things were missing.

Disclaimer : This article is taken from internet just to spread miracles and blessings of Shree Shankar Maharaj. If anybody has objection of copyright, please inform Making India team, we will remove it immediately. But we believe that Shree Shankar Maharaj’s blessings are with us and he will take care of our positive and pious spiritual aim. 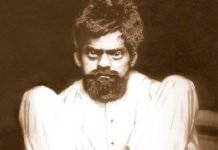