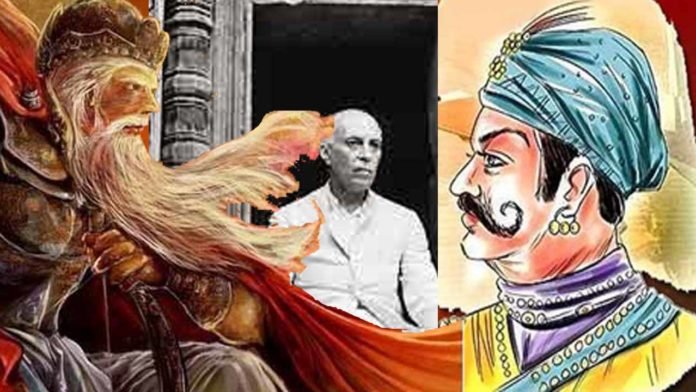 Every community/society/nation commits blunders, thereafter pays the price of it in terms of status and well-being. These must be thoroughly dissected as a measure of an ‘enlightenment exercise’ and examined closely in all respects to arrive at it’s anatomy of why, how and where.

I had the fortune of attending a gathering wherein well-known historic blunders committed in the country were discussed. Speakers included some relatively enlightened ones (or whatever that means !!) and some public figures including a member of Parliament.

I was utterly disappointed as ‘blunders’ stated by all of them were neither blunders nor historic!! Finally, not a single genuine blunder could be identified by anyone of them even at the expense of enormous time and energy as all so-called blunders were in reality, well-organised conspiracy to ruin the nation by one particular dynasty of one particular political party.

The disastrous discussion prodded me to come out with my own version of historic blunders for enlightenment and benediction of all and here is it as under.

As a measure of scientific approach, allow me to sub-divide entire Hindu history into three segments with respect to passage of time. First one being Ancient Bharata, second one Medieval Bharata and the third one, Contemporary Bharata.

I shall narrate most conspicuous blunder from every Time-segment, genuine blunders that are still affecting us and their eventual non-occurrence would have wrought tremendous impact on mass-psyche even today.

Most conspicuous blunder in ancient Bharata was committed by none other than Bhisma Pitamaha, grand warrior with enormous prowess, formidable erudition and wisdom. In fact, his entire life has been a tale of minor and major blunders of very serious order.

He opened his account of blunders with the legendary ‘Bhisma-Pratijna’ on an impulse to satiate illicit, immoral libido of his father. The reward of ‘Iccha-Mrtyu’ that he received from him in return was in no way an enviable one and in no way did that benefit his Kingdom or anyone else. After a series of blunders, he committed a heinous crime of looking the other way when Draupadi was being dis-robed in the royal court.

Gigantic persona of Bhisma Pitamaha suddenly developed feet of clay, discovered himself to be bound to the throne, cried in agony yet declined to pick up arms. All his personal attainments, embellishments and laurels disappeared into oblivion in a moment which he had exhausted his entire life-time to realise.

By no stretch of rationality or compulsion, should he have allowed Draupadi being molested in the royal court before all. Others did not bother themselves to act swiftly when they beheld, their eldest was crying and whining like a destitute !!

Vasudeva Sri Krsna was perfectly righteous when He declared, such a clan / society deserved to be annihilated which tolerated their women being dis-robed in public. As a matter of fact, Bhism Pitamaha deserved to be killed first for turning a blind eye to the dastardly act perpetrated by Kaurava-s on Draupadi instead of allowing him to enjoy his boon of ‘Iccha-Mrtyu’.

His Guru-Bhai Karna was no better than Bhisma Pitamaha in committing his entire valour, morality and prowess in defence of immorality and injustice embodied by Dhrtarastra and Duryodhana.

Not only their highly deplorable conduct sowed seeds of a fierce fratricidal battle that led to enormous blood-bath but also sowed poisonous seeds of a defeatist mind-set, attitude of cowardice and assertive proclivities of laissez-faire in Hindu-psyche. Injustice and unrighteousness had to be nipped in bud yet allowed to grow into a monster to gulp down all virtues and rectitude that every Hindu possessed.

Hidden deep inside every Hindu mind, flourished these venalities eternally and they severely crippled entire Hindu identity and psyche. A theory has been floating around that Mughal invaders were those very Kaurava-s slain in the battle of Mahabharata, reborn with a vengeance to torment Hindu-s and avenge those killings !!!

Who else is to be blamed if not Bhisma Pitamaha if the doctrine is at all true? Such was the tremendous impact of their defeatist/pacifist conduct that it manifested thousands of years later as MK Gandhi’s Ahimsa and middle class ‘Chalta-hai’ attitude in post-1947 Bharata.

On the contrary, had Bhisma Pitamaha lifted his weapons to defend Draupadi’s honour defying royal dictat issued by the blind (in all respects) King and his devilish progeny, entire Hindu-diffidence would not have come into being at all and Hindu would have been conscientiously ever on alert to resist and defeat injustice, unrighteousness whatsoever then and there, everywhere. Vice like grip of the subtle venality and infirmity that he bequeathed in our minds, shall consume ages before being finally obliterated.

Comedy of the monumental tragedy of Mahabharata is that we all appear to have mastered the epic in narration albeit consistently and persistently decline to assimilate right lessons which Maharsi Vyasa intended to convey to entire humanity through his creation.

Most conspicuous blunder in medieval Bharata was committed by Prithvi Raja Cauhana. During the period of 1178 to 1192 CE, he ruled over a large territory of northern Bharata. He was invaded by Mohammed of Ghor, commonly known as Mohammed Ghori multiple times and defeated every time by the Rajaputra King.

However, the King ‘pardoned’ him multiple times when Ghori beseeched for mercy only to be invaded again and again with renewed vigour by the same brute. Finally, 17th or 20th time, excessively condescending Rajaputra was captured and it ended in his gory death. His Queen Samyogita too, was savagely molested and brutalised by a ‘Sufi’ known as ‘Chisti’ whose Mazara in Ajmer is visited by well-heeled class of intellectually stunted Hindu-s with their eyes wide shut to beg for benediction!!

Begging for boons from a woman-molester by affluent educated morons of India! I am immensely puzzled, perplexed, mystified, astounded, astonished and dismayed at the fact that the Rajaputra King was invaded by the same Mughal terrorist multiple times, defeated and pardoned multiple times instead of slaying him right after his first defeat at his hands.

What was the psyche at work in his mind while pardoning the Mughal despot repeatedly, would have been an enigmatic riddle for a battery of psychologists to probe into had he been alive today.

But the damage he inflicted upon this nation and Hindu-s in general, is far reaching transcending multiple centuries and multiple generations. It was after his defeat only, Mughals could enter into the nation and establish their empire of savagery, inhuman brutalities of ‘never seen / never heard’ before order.

What type of ‘Ksama’ was that? That too, a serial ‘Ksama’ !! I am not aware whether the Rajputra King had ever read Koran or anyone ever prodded him to read that. If he had read Koran even once, that would have probably opened his eyes wide shut, he would have probably been convinced about sheer intolerance of Islam towards everything and anything non-Islamic and even an iota of mercy that Mughal terrorist did not deserve. Refusal to slay the diabolical sinner had a telling effect on Hindu psyche and it amounted to a monumental historic blunder.

Around the same time-period, same blunder was committed by Rana Ratan Singh Rawal of Cittoragarha who refused to kill Allauddin Khilji when the Mughal was in his fort to have a glimpse of his wife, Padmawati in a mirror in spite of being pressured by her to slay the Muslim intruder. What sort of ‘Atithi Devo Bhava’ was that? Cittoragarha witnessed rivers of Rajaputra blood as a proceed of Rana’s Himalayan blunder and Hindu-s went under a siege mind-set thereafter.

Most conspicuous blunder in contemporary Bharata was committed by 33 crore Hindu-s, reduced from the level of 60 crores owing to pogrom perpetrated by Mughals and British Intruder-Occupiers by blindly trusting Gandhi-Nehru duo as well as Gandhi-Nehru Congress post-1947.

As a reward of this blind trust, nation landed with a notorious sanguinary partition, catastrophic calamities, frequent communal riots, language riots, caste riots… we were gifted congeries of miseries and crises, loss of nation’s fundamental identity, excessive emphasis of diversity leading to profound fissiparous proclivities, destruction of Constitutional institutions, culture of mediocrity and backwardness, loss of self-respect, destruction of national self-esteem, perpetual grinding poverty, widespread corruption like prairie fire, treachery, siphoning of nation’s wealth into overseas accounts, deliberate weakening of currency… every possible and conceivable national problems we have been grappling with since then till date.

As if it were not enough, insurgencies were orchestrated and rivers of blood have been flowing due to Naxalite / Maoist violence with infiltration of Bangladeshi Muslims being the icing on national cake!

Worst kind of harm came due to McCaulay brand of manipulated / adulterated / toxic education system that raised a vast army of Mir Jafar / Jaichand / Scindia brand of traitors, anti-nationals and murderous Leftists. State of affairs of the nation continued deteriorating so much so that by the end of UPA-II headed by a learned albeit spineless dumbhead, it appeared country would go into pieces. Mercifully, Lok Sabha-2014 witnessed historic results and a very right man was installed as Prime Minister, late by only six decades!

Post LS-2014 Prime Minister has been struggling day and night with maximum energy at his command to set the nation on right path to progress and prosperity, equity and justice thriving with dynamism to evolve into a NATION THAT DREAMS. Unfortunately, the legacy has been so unfortunate and deep-rooted that those anti-national elements raised earlier, have been causing severe migraine to the nation blocking every progressive move undertaken by the Government hitherto.

It was only when the nationalist leadership post Lok Sabha-2014 started carrying the nation on right and righteous path that it occurred to masses, why and how we lost so many decades of progress and prosperity at all and who precisely is responsible for that. Mercifully by now, awakening and self-introspection has started in right earnest and hopefully, it shall move to it’s logical conclusion.

It is a tragedy of monumental dimensions that crores of citizens in the country instantly trusted Nehru-Gandhi Congress but the nationalistic BJP / RSS combine had to struggle for more than five decades to earn their trust !! It smacks of innate maladies in society, centuries old legacy indeed.

Now that our eyes wide shut hitherto, are gradually seeing light of the day, those blunders that stunted and petrified our cognitive faculties, must not be allowed to relapse upon us in future at any cost and sacrifice. 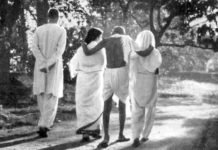