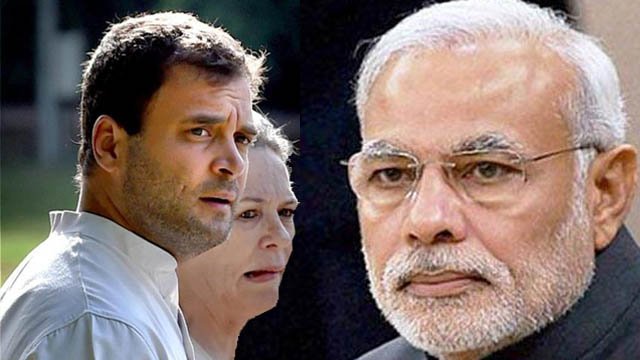 Paper leak has been an annual ritual in our country ‘founded’ by JL Nehru, ‘Pitamaha of Modern India’ since 1947. In 17 years of his ‘benign’ Prime Ministership, he failed to deliver a leak-proof examination system. So failed entire Royal Dynasty of Nehru-Gandhi-Vadra even after five decades of their domination of the nation.

CBSE Paper Leak-2018 happened to be a very special affair because an outstanding Prime Minister is preparing for re-validation of the massive mandate he received in 2014 after his first tenure adorned with landmark decisions and extensive structural reforms of the nation.

Opposition is jittery in their bones because they can very well behold irreversible political death about to gulp them down political gutters that they laboriously nurtured all these decades.

Countrywide demonstration by students led by Kanhaiya Kumars masquerading as examinees for the first time, smacks of being the latest irruption with the first one being Award-Wapasi by a bunch of boot-licking / Leftist authors in 2014.

Is there any doubt that entire brouhaha is being orchestrated by ’10-Janpath Gang’ only to defame the country and embarrass Government?

Yet a lady journalist went on screaming demanding dismissal of CBSE Chairperson then and there!! The lady journalist should have been thrown out of the press conference lock, stock and barrel.

A righteous Govt. / bureaucracy have nothing to fear, neither media nor judiciary. Let such journalists go to hell. Enough of Teesta Setalvads, Sagarika Ghosh and Barkha Dutts. They should be shown the place they deserve. When Prime Minister has expressed his annoyance, HRD Minister has assured twice to the effect that no student shall suffer, any protest is just atrocious and criminal in nature.

The way bunch of Congis from ’10-Janpath Gang’ viz. RahulG, Surjewala, Raj Thakeray etc. have started howling around and inciting students, points explicitly, it was all very well planned. I would rather appeal to the Government to act very tough with such anti-national elements.