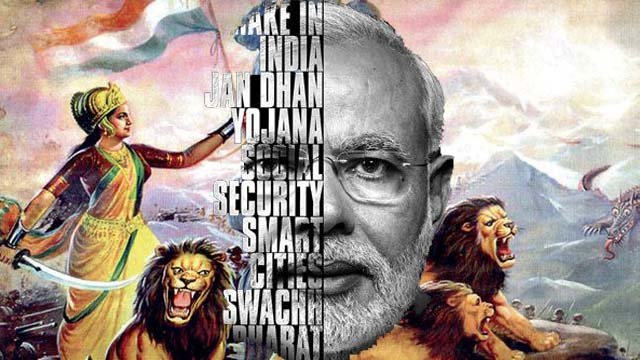 More often than not, righteous actions are not backed by righteous intentions whose consequences may or may not be palatable leave alone being commendable.

If righteous actions are invariably supported by righteous intentions, outcome is invariably remarkable if not a legend to be remembered by the posterity.

Mrs. Maharsi Valmiki ditched her husband, then known to the world as Ratnakara, when her husband demanded to know whether she would share proceeds of his evil acts as a bandit in jungles, prodded to do so by Maharsi Narada in an fortuitous encounter between them.

Her blunt and stout refusal compelled Ratnakara to be inspired by Maharsi Narada which led him to the exaltation of being Maharsi Valmiki himself. Mrs. Maharsi Valmiki’s action to ditch her husband at that moment of reckoning was righteous but the intention was certainly not.

Had she been righteously intentioned too, she would never have allowed her spouse to earn livelihood for the family through the vocation of criminality. And then, her action and intention both, would have been outrightly righteous. And Maharsi Narada would have adopted some other course of righteous action to inspire Ratnakara to become Maharsi Valmiki !!!!

With this instance, I surmise, complexity and significance of the issue must have dawned upon your wisdom. Complete divorce between righteous action and righteous intention has been causing havoc to societies and countries. We too have scores of instances to boot, in our country.

Fourteen private sector banks were nationalised by Prime Minister Indira Gandhi in 1969 with lot of fanfare. It was a righteous action amidst prevailing circumstances of those decades albeit with a an unrighteous intention.

As banks had been functioning as institutions for, by and of so-called elites, nationalisation was the right decision albeit (mis-)guided by the intention to garner massive harvest of votes. Proceeds and rewards of the ill-intentioned right action are there for all to mull over.

While banks unfortunately continued to remain elite, inaccessible to the teeming masses, frauds and heists became a folklore with taxpayers sweat and blood going down the drain not too infrequently.

Work culture deteriorated to the lowest ebb and ‘Go to the next counter / come after lunch’ became standard responses to any customer going to any counter in any branch of any public sector bank in any town of any State between Kashmir and Kanyakamari !!

Decades later when banks were completely defrauded and denuded of their reserves and surpluses, there came a Prime Minister who happened to be endowed with the flair of combining righteous actions and corresponding righteous intentions.

When he supplemented 1969-Action with righteous intention through JanaDhana Yojana as well as MUDRA Yojana, banking history was created and spectacular, unbelievable numbers simply stunned the world. Even World Bank liberally commended the unique feat whose even building / premises has never ever been visited by this Prime Minister, not even once !!

So when righteous actions are governed by righteous intentions, miracles and legends are just unavoidable !! Let us analyse one more instance.

Days before commencement of the fratricidal epic battle of Mahabharata, Duryodhana and his illustrious cousin Arjuna personally approached Vasudeva Sri Krsna in His Palace at Dwarika for assistance and blessings for victory.

Duryodhana asked for His entire battle-force and granted forthwith while Arjuna was immensely delighted to have the legendary Mahayogesvara as his charioteer. Duryodhana’s action as well intention, both were not only grossly un-righteous but also devious, despicable and destructive. On the contrary, action and intention of Arjuna, both were profoundly righteous and that happened to be the sole reason why Arjuna’s proposition was immediately granted by Him.

It was quite a unique scenario wherein un-righteous intention happened to be intrinsic to the un-righteous action on one side of the fence, perfect recipe for disaster and calamity. On the other side of fence, righteous action was strengthened by righteous intention, perfect recipe for victory, prosperity and well-being of all. Consequences were there for all to mull over centuries after centuries and analyse that in multitudinous ways deriving all sorts of lessons.

Sardar Sarovar Project in Gujarat happens to be an interesting instance wherein one anti-national damsel permanently in distress, raised all sorts of hurdles to ruin the Project. All her actions were blatantly anti-national, anti-development (world shudders in fear at the prospect of unity and prosperity of Hindu-s) and un-righteous.

However, there was an un-intended righteous outcome in the form of compensation for land acquisition being received by affected farmers owing to the ruckus and din raised by her !! Otherwise in all probability, substantial portion of the compensation would have been gobbled up by the Dynasty leaving behind farmers in lurch in addition to loss of opportunity to expose all nefarious activities of NGOs financed from abroad. With change of regime and dogged pursuit of the case in Supreme Court, SSP was completed and it has now proved it’s immeasureable worth.

Finally, when the righteous action of conception of the Project was strengthened with the righteous intention of prosperity of Gujarat, it became a remarkable achievement for the country.

Every action must be righteous, inspired and nurtured by righteous intention and mission.