In Sanatana Dharma, every section of society is taken care of, with respect to elucidation of principles of philosophy, be it in the form of Jnana Yoga / Veda-s for the erudite ones or the Puranic tales for common folks.

Ramayana is an epic tale, regarded as eternal and immortal as Sanatana Dharma itself. The legend of Rama is immortal, the way he was invoked into incarnation as an Avatara, the way He was ushered into enacting the monumental task of wiping out Adharma i.e. unrighteousness to re-establish the pious order of Dharma i.e. Righteousness and Satya i.e. Truth etc.

Incarnations are both divine and human. A Siddha Yogi with his penetrating insight, perceives deep spiritual lessons therein. A small particle of matter is merely a particle to gross eyes but the same is discovered to be an intricate molecular conglomeration to microscopic eyes of a scientist.

Achievements of divine incarnations may look like fiction or mere poetical narratives to those who peruse from literary point of view. Siddha sages like Valmiki and Vyasa may invoke poetical approach and Puranic way of depiction.

Let’s take a glimpse into the legend of Rama, an incarnation of Visnu in the era of Treta Yuga.

When King Dasaratha of Ayodhya remained issueless for long, he was exceedingly worried about the prospect of succession crisis after him. It was then, he was inspired to perform Aswamedha Yajna together with his eldest Queen Kausalya based on Vedic injunctions. Soon after Aswamedha Yajna was solemnised successfully, the royal couple was blessed with four sons.

What was this Aswamedha Yajna ?

Aswamedha now refers to gathering intellect in present moment. Another meaning of Aswamedha is purifying deep in one’s inner being.

In Dasaratha, Dasa mean ten while Ratha means chariot. So Dasaratha is the highly capable one who can steer ten chariots at a time.

Kausalya means highly skillful. So when Dasaratha and Kausalya came together to purify, sanctify Vartamana i.e. The Present Moment, divine incarnation of Sri Rama was born.

It signifies divine significance of Vartamana, that alone exists over and above the conceptual, past and present. As soon as Vartamana is consecrated and sanctified, great things come into being immediately.

When Medha is deeply entrenched in Vartamana, it is resolute and infallible as only Maya of past or future alone can disrupt it’s equipoise. If one is able to dis-engage himself from the Maya of past and future, he is the liberated, emancipated one.

Three Queens of Dasaratha happen to be Kausalya, Sumitra and Kaikeyi.

Kausalya was the first wife whose name meant skill. Another synonym may be Kusalata, implying thereby, being skillful.

Sumitra was the second wife representing an excellent friend. Sumitra as a well-wisher friend, is ordained to take one in the right direction, be reliable and dependable.

Kaikeyi was the third wife who was an epitome of self-sacrifice and benevolence though she appeared a bit differently on a particular occasion.

Four sons were blessed when Aswamedha Yajna was solemnised successfully. Rama, the enlightenment; Laksmana, the consciousness; Bharata, extra-ordinary talent and Satrughna, one without foes.

Aswa also means horse and Medha, purification. Horses are organs of perception i.e. Jnanendriya-s. When Jnanendriya-s are harnessed, then dawns upon divine enlightenment within our being i.e. Rama, consciousness i.e. Laksmana and the entire talent i.e. Bharata. Thereafter, we have no enemies i.e. we become Satrughna. It is pertinent to mention here that Ravana means Ahamkara i.e. egoism, root-cause of entire attrition between Rama and Ravana i.e. between Jnana and Ahamkara.

Whenever we strive to consecrate, sanctify our Vartamana, lot many divine accomplishments accrue and we are empowered to overcome our Ahamkara, root-cause of all miseries and agonies.

Thus we behold, Ramayana is not only a real, historical event but also heavily loaded with several refreshing messages and preachings. That is the beauty, depth and mysticism of Sanatana scriptures that every event, every dialogue, even every name carries within it loads of wisdom, philosophy and mysticism. Perusal of Ramayana itself is a Sadhana of high order with all elements of Adhyatma mystically hidden within. 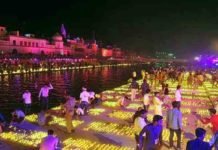 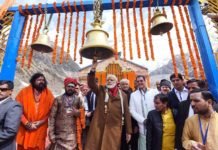 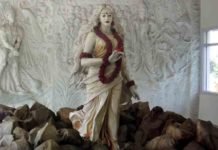