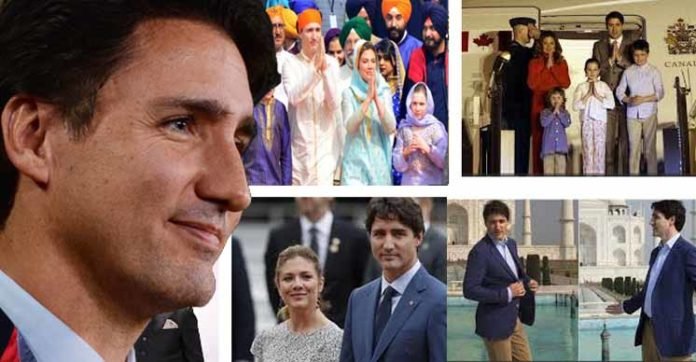 Prime Minister of Canada is on a 7 day long trip to Bharata as if he has nothing better to do in his home country or may be, he has been banished by his country !! Or his Government is so efficient, so competent that he is not required there at all for long periods of time !!

It appears, all 45+ ‘Yuva-Netas’ across the world belong to the same orbit of Intelligence-, Spiritual- and Emotional-Quotients !!

The way the Canadian dignitary deported himself in weird colours around the country, he strived his best to look like Daler Mehdi having appointed him his role-model !! What stopped him from breaking into Bhangra and his wife into Giddha before Taj Mahal in Agra, is a complex riddle before the nation today !!

If he has loaded his Cabinet with obnoxious / criminal characters, what else is he going to look like ? Nothing better indeed.

Are Canadians so stupid? Why are they humiliating themselves, their country by electing this ‘Yuva-Neta’ as their Prime Minister?

If they do not have any accomplished politician to head / lead their country, they may request Prime Minister Modi to depute someone from here for say 5-10 years??

A developed western nation came down to our feet, something unimaginable till recently. And entire credit goes to our national hero Prime Minister Narendra Modi who has held our National Flag of Integrity sky high. PM Modi and CM Yogi acted like grand statesmen when they reciprocated Panjab CM being derogated by this visiting ‘Gora Yuva-Neta’, entirely a churlish conduct !! Hats off to these two Nation-Keepers who held honour of Panjab Chief Minister unscathed / intact.

We too, have a 45+ ‘Gora Yuva-Neta’ who comes to country on long sojourns babbling and bragging around like a clown. If his political prospects are not ruined permanently in LS-2019, we may very well belong to the orbit of those Canadians!! And a cranky fellow like Donald Trump will make him a laughing stock before the world when our ‘Gora Yuva-Neta’ visits White House earliest possible accompanied by ‘visionaries’ like Mani Shankar Aiyer and Kapil Sibal !!!

Years ago, our ‘Yuva-Neta’ had accompanied British Foreign Secretary David Milliband, ‘Yuva-Neta’ of his country then, to Amethi and both spent one night in a hut of some Kalawati !! Next morning, while yawning deeply, British Foreign Secretary had called it a ‘unique’ experience !!!! He did not condescend to elaborate it extensively and left it for us interpret the way we wish to !! The visit was such a disaster that British Parliament witnessed uproarious scenes triggered by that visit.

If you do not shudder in your limbs at those possibilities, you may well be an anti-national element. 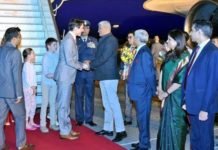