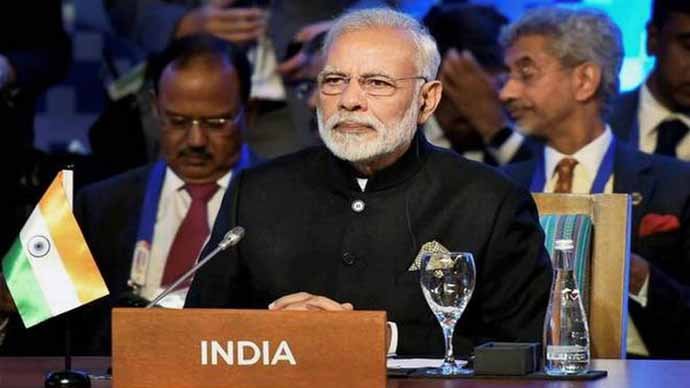 Recently held ASEAN Conclave 2018 was a spectacular event and it conveyed a very broad spectrum of multiple powerful messages to so many across the world who need to listen to them.

It was unique, epoch making and highly dignified. What is much more heartwarming is that with a paradigm migration of foreign policy priorities, entire foreign policy itself is being recast for the first time post-1947.

With strategic alignments, de-alignments in place of inflexible and devious Non-Alignment of Bandung variety, I find our foreign policy lively and dynamic, free of baggage / legends of past whatsoever with every initiative ‘farm-fresh’, righteous and pro-Bharata.

While foreign policy laid down by the first Prime Minister was guided by the sole objective of earning him Nobel Peace Prize somehow or the other, only attainment for the country out of Nehruvian Non-Alignment was food-grains under PL-480 unfit for human consumption !!!

You rightly heard Mr. Prime Minister, ‘PL-480 Humiliation’ was the sole achievement for the country out of Nehru’s foreign policy of Non-Alignment. If somebody accuses me of being too harsh with Nehru-Gandhi-Vadra Dynasty, so be that.

How could that Policy benefit the nation when the underlying guiding principle itself was preposterous ? You may not be dreaming of attaining a Nobel Peace Prize for your international initiatives, yet it may be JL Nehru’s unrealised dream of Nobel Peace Prize that may be realised with you in future, Mr. Prime Minister.

Sight of hip-swinging soldiers in Beating Retreat 2018 has prompted me to re-visit the event quite dis-passionately. Inclusion of Tabla / Sitar etc. in all inclusive Retreat was fine albeit not the presentation in form of a concert being held in Siri Fort Auditorium !! Beating Retreat is a moving parade by serving uniformed, decorated and ornamented soldiers holding epaulettes on their shoulders hence, they all ought to be presented that way and not possibly as music maestros ensconced on a luxuriously cushioned dais before an audience to earn applause and laurels.

Question quite fundamental in nature that pops up in my mind is that, should we continue holding the annual Retreat at all since it is absolutely a colonial British legacy while we are committed to re-attaining our lost glory and ethos as well as doing away with colonial legacies forever ?
Should we decide to continue with the legacy, that must be completely indegenised with compositions like

by Jai Shankar Prasad, ‘Puspa Ki Abhilasa’ by ML Chaturvedi, ‘Janani Janmabhumisca Svargadapi Gariyasi’ or so many more from Subhadra Kumari Chauhan, Shyam Narayan Pandey, Ramdhari Singh Dinkar and so on. Martial songs / poems in regional languages too may be selected for the Retreat to be played by them. Those are enthralling compositions that will resonate so many chords in crores of hearts across the nation.

It was 69th Republic Day and the Star Of Bethlehem stood tall on top of a pillar in front of Rashtrapati Bhavan. If we are not too late by 69 years courtesy Nehru-Gandhi-Vadra Dynasty, it must be replaced by ‘Ashok Chakra’ immediately, Mr. Prime Minister.