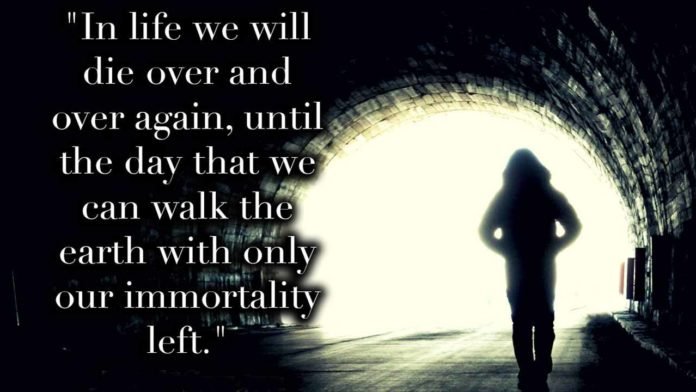 I am often asked my date of birth, then my quizzical expression confounds others quite a bit!

Then I am suspected of not being aware of my date of birth at all in spite of my saying that I was born in Dr. Balabhai Nanavati Hospital, Ville Parle in Mumbai, brought up as a Mumbaikar and blessed with a certified date of birth-card issued by the hospital with time of birth recorded in hrs. and minutes accurately !!

Then the question that I ask before offering an accurate reply leaves some of us aghast. What is that question?

There is date of birth on which day we leave the Real world, the subtle world, embody ourselves into a gross, mortal form of existence, then serenaded into this world by being born to our mothers, a world holding joys and woes, days and nights, peaks of enlightenment and ignorance, extremes of intelligence and stupidity, climaxes of nobility and depravity, extremes of renunciation and indulgence, extremes of frugality and extravaganza… a world that offers ample opportunities to transform ourselves in a direction of our inclination… wherein we are extended an opportunity to work out our past Karma-s, be rendered purer and consecrated, a world that periodically beholds decline of Dharma  followed by it’s resurgence orchestrated by an Avatara, a world wherein every mind is Kuruksetra-Dharmaksetra  whereupon attrition between dark and bright forces continuously goes on, a world that witnesses rivers of blood flowing across it’s bosom as a measure of omissions, commissions and nemesis of some depraved ones…a world that everyone is destined to quit compulsorily…a world that offers immense opportunities and pitfalls too…

Then there is yet another date of birth on which we dis-incarnate / dis-embody ourselves, transform ourselves into subtle beings, waft away into an exquisite, strange world of subtlety …a world wherein our TERMINAL KARMA-REPORT is presented to Yamaraja Maharaja  assisted by His Ministers viz. Citragupta  etc., awarded rewards and punishments to be undergone on various planes of existence, a world wherein there are 14 levels of existence ranging from the lowest to the highest, where no Karma  can be enacted, where profound tranquillity prevails, from where most of the inhabitants are dis-inclined to revisit this gross, miserable world, from where emancipated ones never revert to the cycles of mortality, a world of precise, nano-accuracy, a world wherein no recommendations work and corruption impossible……

Once upon a time Swami Abhedanandaji Maharaja, Guru-Bhai  of Swami Vivekananda, another Siddha Yogi  par excellence, was in communion with Atma  of his deceased friend Gauri Shankar Ghosh who had come over to meet him, in his state of deep Samadhi.

It was a unique and mystical meeting between two old friends. During discussions, Swami Abhedanandaji Maharaja  observed his old friend periodically enacting the action of spitting on earth.

A bit surprised at Ghosh’ inexplicable repeated gestures, he asked his friend as to why he was behaving like that. Gauri Shankar Ghosh’ Atma  replied to the effect that Planet Earth is so unreal, so detestable, so filthy that he strongly felt like spitting over it again and again!!