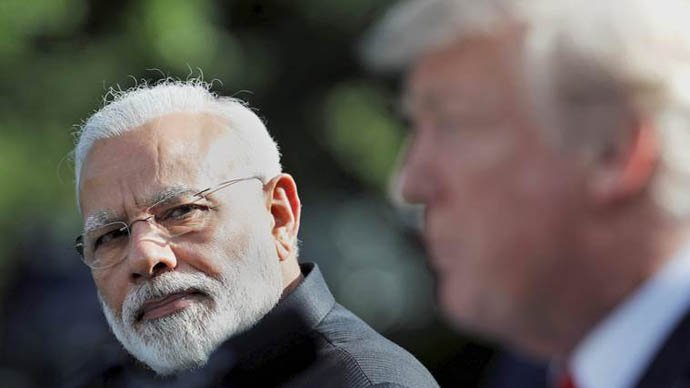 I congratulate you for being declared No. 3 in the pecking order of world leadership by the Gallup International. I believe it was No. 1 as other two ahead of you do not stand anywhere but somehow SoniaG / RahulG manipulated Gallup and prevailed upon them to rank you at three !! Tentacles of Congress-Tantra have spread out all over and must be smashed with a heavy hand soon before it ravages Lok-Tantra irrevocably.

I expected you to launch Mission Nobel Prize In Sciences in your SN Bose Memorial lecture recently. In spite of plenty of resources available, our Universities are unable to grab Nobel Prizes, look pathetic every October when these Prizes are announced from Stockholm. Our ‘Learned’ Professors / Scientists in Universities are more inclined towards ‘other’ priorities than fetching laurels for the nation. They are more interested in singing glories to ‘Gora’ Nobel Laureate Professors / Scientists, finding out nationalities of their passports and hanging around them supine devoid of self-respect instead of taking giant strides claiming Nobel Prizes in Science disciplines year after year. Why do Professors / Scientists working in ‘Desi’ Universities work and look like lab-assitants in presence of overseas pioneers of Science streams ?? Kindly stem the rot and reverse it thereafter.

Decriminalising some diabolical acts under Section 377 is the ‘hottest’ national priority for some now as if country shall not survive without that !! And some Gutter-Channels like NDTV are having a gala time flaunting that uninterruptedly. Let us go far beyond and legalise marriages with men-bots / women-bots too !! When the issue of Triple Talaq in such marriages raises it’s head in due course, I am sure, you shall handle it tactfully !! Kindly decriminalise those actions ONLY under the express condition that those mentally diseased fellows shall have to undergo intensive psychiatric treatment and counseling before deriving any advantage out of the dubious move.

We have had a ‘rich’ tradition of raising Mir Jafars, Jaichands, Scindhias etc. at that. Now one ‘Jaichand’ has filed a petition against Sanatana prayers in KVs on behalf of some ‘John Dayal’ / ‘Cedric Prakash’ after having his children educated at KV and the ‘Shariah’ Court of India has gladly accepted that frivolous PIL for adjudication. Judicial Audacity went beyond Himalayan heights by holding a press conference and pleading ‘victim’ before the country after admitting a series of idiotic cases and wasting precious national resources !! Before going to media, they did not take President into confidence, did not inform Law Minister, did not inform Govt. through Attorney General, did not instruct SC Registrar, did not submit conditional resignation letters to President, did not seek permission to hold the press conference, did not threaten self-immolation / fast unto death at Jantar Mantar…how long country is going to tolerate such ‘Gangs of Four’ ?? Their appointments, entire conduct and contacts must be thoroughly probed. They should be impeached and kicked out of Judiciary without any procrastination.

When UPA was accidentally elected to power 2004, all rightists were unceremoniously booted out lock, stock and barrel. Arjun Singh as HRD Minister threw out all textbooks prepared during NDA without even a whiff of hesitation and imposed Maulana Azad-Nurul Hasan-Irfan Habib brand of anti-Hindu / anti-national textbooks in schools. Their shamelessness on one hand and timidity of HRD Ministry under your Premiership on the other, are not only disconcerting but also inexplicable. Almost four years of your tenure are over but new education policy / accurate history textbooks / curriculum are just missing. When it is an imperative not to allow IAS Babus hanging around entire exercise of revamping of education, they are dominating entire spectrum of education revamp leading us nowhere. In the name of history, our kids have been studying utter rubbish. Kindly address the issue absolutely urgently.

By the way, listening to speeches of IAS Babus in conferences / seminars is an unbearable mental torture for me, Mr. Prime Minister. I had the misfortune of listening to the “I did this in Washington DC” / “I did that at World Bank” speech of the current HRD Secretary few months ago at PHDCCI. Is it possible to ban their speeches of self-glorification before such august audiences ?