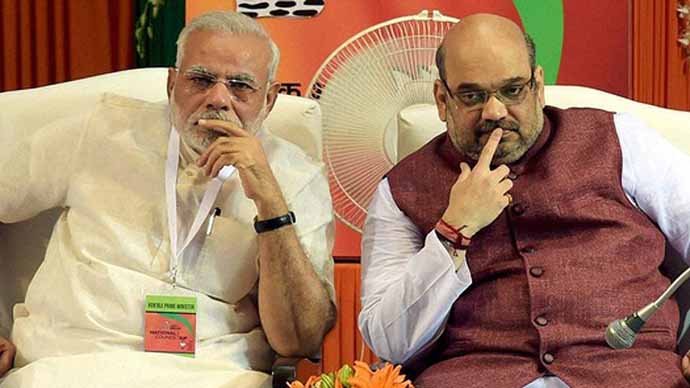 On one hand, country is moving ahead on the path of development steadily and resolutely while on the other, a motley crowd of directionless people, vested interests and anti-nationals have congregated in an unholy alliance to derail the nation and grab power by 2019 by any means whatsoever with sinister objectives to boot.

Frequent disturbances, disruptions, riots etc. are being fomented across the country accompanied by the propaganda that with BJP/RSS in power, these were bound to happen !! As if these never occurred before begining with Nehru-Jinnah Partition riots wherein every conceivable anti-humanity crime was committed on a mass scale and lakhs were cruelly butchered.

Certainly with BJP/RSS in power, such unfortunate incidents are bound to happen because all anti-nationals groomed and nurtured by Nehru-Gandhi-Vadra dynasty, hiding hitherto in every nook and corner of the country, are being smoked out from their burrows on a massive scale. The battle has entered into their turf as so many screws have been tightened, they are strangulated and suffocating for survival. Such a Swacchata Abhiyan had never been carried out before in the history of our country.

So there is nothing to be despaired or demoralised about. It is a cleansing operation and the widespread trouble is a sure sign of entire operation being highly effective and bound to succeed. More such rogues come out to howl and yell, better would be the nation in years to come.

In fact, all these developments must be accepted stoically instead of being agitated.