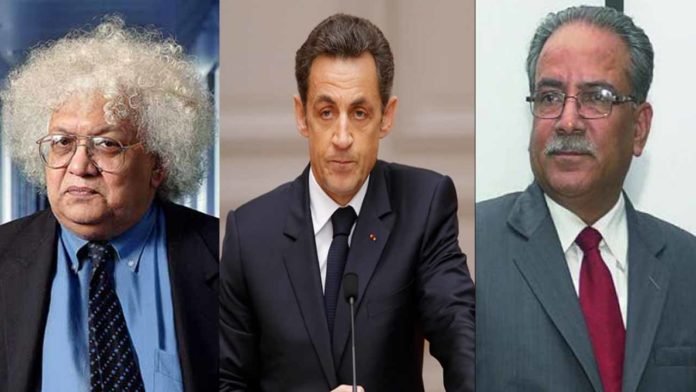 As Chief of Corporate Affairs in my last employment with a steel & power company, I was required to represent the company at various fora like FICCI, CII, FIEO etc. I gathered several interesting experiences while attending meetings / seminars / lunch-on sessions etc. at FICCI & CII with visiting Presidents / Prime Ministers / Commerce Ministers of several countries. Some of the interesting ones I am reproducing herein –

I was the first to meet and hand-shake President of Uganda after he concluded his speech, offered my business card which he immediately pocketed. Then suddenly, I found myself to be the focus of all cameramen and journalists whispering to one another, ”Who is this man ?”…to my utter embarrassment.

It was a treat meeting Prime Minister of Hungary, 6’4” tall, very handsome and a very smart fellow. Being 6’1” myself, I am always thrilled to meet people taller than I !!! When he greeted me after hand-shaking warmly, ”Thank you for attending the meeting and coming over to meet me.” I responded, ”Thank you for visiting my country.” Then he told me how thousands of Indians stay in Hungary but never ever did he receive any complaint against Indians from anyone while track-record of other nationals had not been so clean.
I prided within myself, we Hindu-s are the BEST PEOPLE in the world !!

When I told Commerce Minister of Hungary that people of erstwhile Communist regimes turned democracies are much more disciplined and self-restrained than those who had always been democracies, he expressed profound pleasant surprise ! Then he sought my permission to share the observation with people in his country which I readily granted with a broad smile !!!!

Listening to the then Prime Minister of Nepal Pushpa Kamal Dahal Prachanda was a disgusting experience. He brazenly spoke like a Naxalite. I had a strong urge to ask his escort Commerce Minister Ananda Sharma how could that terrorist become Prime Minister of our neighbouring country with him in the seat of power. Less than half of my height, it would have been a back-breaking exercise for me to do a downward U-turn to hand-shake the liliputian !
I just avoided him.

Nicholas Sarkozy, President of France was immediately whisked away after he completed his speech in French. His security guards were there to shake hands with all on his behalf and they said that so in so many words !!!

Invitation to attend a lunch-on session and meet President Hosni Mubarak of Egypt was withdrawn at the last moment by FICCI. When I lodged strong protest with Secy. General of FICCI Amit Mitra, thereafter Finance Minister of West Bengal for the gaffe, he wrote me a very sweet apology and passed the buck entirely unto Intelligence Bureau who had advised them to severely restrict invitees owing to security reasons. IB might have seen a terrorist in me all of a sudden !