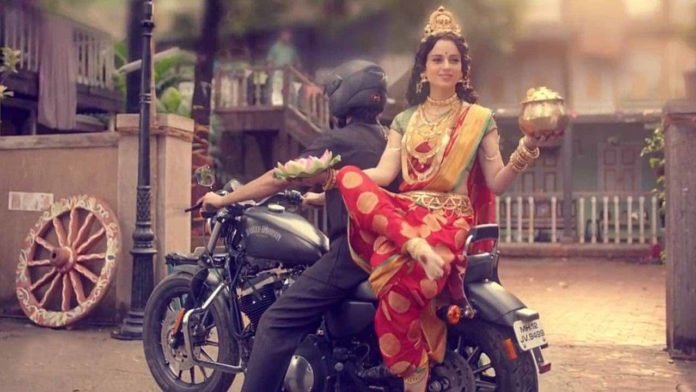 A Railway Board member was caught red-handed in 2014 bribing his way into the seat of Member (Electrical) from Member (Staff) only to have a direct control over funds to the tune of Rs. 2500 Crores. Since the greed was insatiable, it landed him behind bars and destroyed whatever he already had.

People have been falling prey to unmitigated greed and landing themselves in serious situations. In pursuit of Laxmi through corrupt and immoral means, so many have fallen prey to unmitigated disasters, yet continue doing so in the fond hope of Steve McQueen’s The Great Escape through the tunnel of yet another set of immorality.

This is a strange human conduct. Reasons may be several. However, lack of proper Samskara-s i.e. attitude / habit / imprints on mind is the prominent one which may be inculcated only through right up-bringing right since childhood.

Absence of Samskara-s leads to Lobha i.e. greed. If untamed, it further leads to delusion then over-confidence to be able to go scot-free. People do observe corrupt ones being often caught and humiliated severely in public yet the augmented delusion does not allow them to read terse writing on the wall. Also because people do not understand philosophy of wealth as enunciated in Sanatana scriptures.

Devi of wealth Laxmi, is impossible to be tamed as she is essentially restive. It is futile to pursue wealth beyond reasonable limits of dignity and austerity. Wealth comes only in response to philanthropic deeds, donations etc. rendered unto others in past. If one follows fair and just means to garner wealth, allocates substantial portion for others selflessly, Devi Laxmi shall be compelled to change Her views and perceptions, move over and dwell in the establishment of the benefactor, shall continue to exist there so long as those philanthropic deeds continue. Without that, any amount of hard work to maximise wealth just leads to ignominy, gloom, doom and disaster. If only hard work were to lead one to wealth, every road-side stone-crusher would have been a plutocrat by the end of his day.

In 1923, world’s wealthiest nine met at a hotel in Chicago to brouse over how to further increase their wealth. Their combined wealth exceeded entire reserves of the then American Government. They were hell-bent in maximising their wealth further without giving a damn to their society or nation. Laxmi being highly unpredictable and restive having no soft corner in Her heart even for her ardent Bhakta-s, taught them a severe lesson of life and wealth. Here it’s how it went 25 years later –

Samuel Insull, President of the largest utility company in America, died a pauper.

Richard Whitney, President of New York Stock Exchange, was arrested for fraudulent practices and sent to jail for life.

Albert Fall, Cabinet Minister with the then US President Harding, was pardoned, released from jail just to go home and die in peace without any further activity allowed.

And in our country too, we have our own share of Vijaya Mallyas, Harshad Mehtas, Ketan Dalals, Mehras of Orkay, Ruias of Essar…

Do we need to illustrate more on the subject of maximising wealth by propitiating Devi Laxmi, Deity of wealth and prosperity ?? Or Devi of miseries and agonies ??