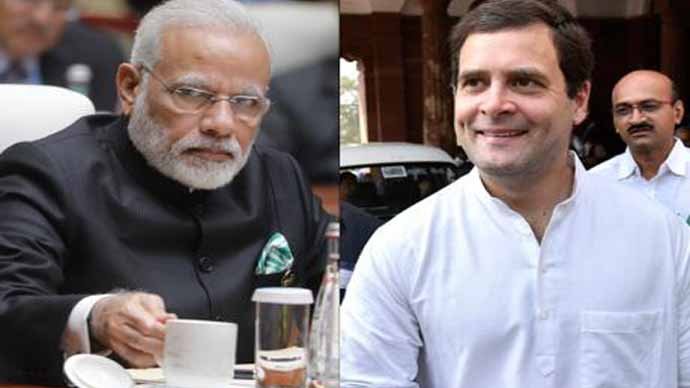 At the outset, I congratulate you for the grand twin well-deserved Assembly victories in Gujarat 2017 and HP 2017.

Victory in Gujarat was a tough proposition as circumstances created by Congress & Co. somewhat resembled pre-election scenario of LS 2014 in public perception. Gujarati voters are not easy to handle as they are exceedingly performance demanding, do not resort to sentimentalism and the State happens to have received one of the highest number of Gravitational Waves generated by Demonetisation & GST. Hatred campaign unleashed by the team led by The Great JaneuDhari ShivBhakta of India too, resembled that of vitiated atmosphere of LS 2014. With respect to final tally, both are almost similar by being slightly more than hallowed midway mark. Coming out brighter of such a blazing trial by fire in the crucible of performance is a remarkable achievement and you deserve all the plaudits available and conceivable.

However, decline in number of seats by 50 or so (target of 150 was a genuine figure for me) is a bit disconcerting even if percentage of votes polled swelled by a few %-points. These elections are not merely elections between some obscure political party known as Congress against some other political party known as BJP. All these elections are acrimonious battles between forces that are eager to break the nation into pieces, cart away entire wealth and culture out of the country on one hand and forces determined to preserve and protect the very foundation of this nation on the other.

One ex-PM had the audacity to declare first claim to national resources to followers of a particular sect imported from west Asia that organised several rounds of Hindu-Holocaust of horrible dimensions for centuries. Tragi-comedy is strange indeed. Even a Jarawa tribal of the Andamans is very proud of his faith and culture while highly educated Liberal-Idiots are not !!! Post LS-2014, every such electoral battle is Dharma-Yuddha of Kuruksetra. It is that reason when I say, there is no alternative to BJP and indeed, there is none. Nation cannot afford decline in seats won and votes polled by BJP as it is not merely a question of victory or defeat of BJP but more than that, the very survival of this nation, her Dharma and Samskriti. Decline of BJP at present, shall seriously jeopardise future of this great / unique country in the world. It is this stark reality that must be effectively drilled into every mind and brain in the country as an essentiality so that voters are not swayed away by winds of petty reasons while their precious votes fall into very wrong hands.

Reason for decline in number of seats in spite of 22 years of brilliant / corruption-free performance, in spite of election results in UP, in spite of foundational reservation thesis of HAJ pertaining to Patidars being demolished by the Finance Minister, in spite of the bitter experience of Delhi-ites at the hands of AAPKejariwal available to them to mull over, in spite of absence of credible leadership in the State Congress, in spite of every voter being so well informed in Gujarat, must be thoroughly investigated and remedial measures adopted quickly. If a bunch of three mavericks struggling to introduce ‘Chhokra-politics’ in the State, are able to nibble considerable votes and seats at the hustings, it is a matter of concern indeed as we must always be in complete command of every such situation.

Victory in HP is splendid. If leader of the team has not been accepted by voters concerned after open declaration of his being CM nominee, he must not be foisted on the State as CM. With voters so decisive in delivering their mandate for the position of CM and so discriminative in electing the party to be installed in power, BJP ought to be decisive enough in selection of right CM for the State. We cannot afford to leave even a single pebble unturned while honouring people’s mandate.

BJP is very precious for the nation, Mr. Prime Minister. Even it’s slightest decline may turn out to be very expensive for the nation’s future.