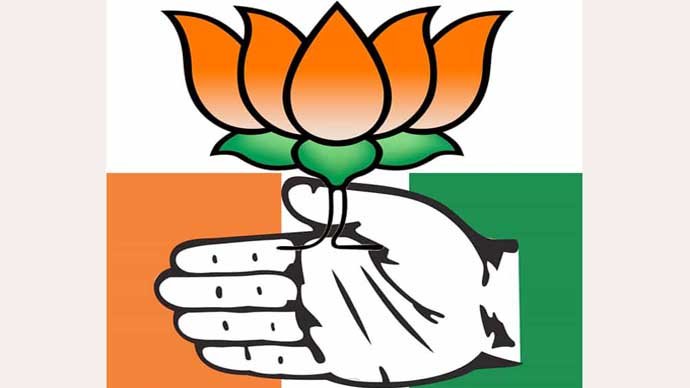 Many of my worthy friends in a hurry tried writing the Obituary of Congress. But look it has regained its lost reputation and Rahul Gandhi has occupied the throne in style. This has given enough ammunition to the Lutyens gang to target current Govt.

Now that the results are out and India regains some balance after a month long acrimonious environment, I can express my views.

A Congress Mukt Bharat as a Political aim of a Political organisation may be a grand objective but from Nation’s point of view it will be fraught with danger, as the vacuum that it would create may get filled by many anti national /anti social elements who would destroy the very fabric of the society ; The Owaisis, the Hardiks, the Kanniahyas, The Kalpeshs, The Hindutva Brigade etc etc.

Secondly, we as a society must also not forget that Cong being the oldest party, it would not be wrong to say that Congress culture flows into our DNA.

The rest of the parties basically are an alternative which we try after getting fed up with Congress. The entire society and its institutions have over a period of time been CONGRESSISED. The best example is of OROP issue.

The Armed forces veterans did not get this benefit despite fighting for almost 40 years and when the present Govt did meet their almost 90% demands they were still discontented and blamed the current Govt and helped Cong, because BJP for them was just an alternative and they were using it to meet their SELFISH aims but as a matter of fact Cong culture flew in their veins.

Thirdly, So, the way we work, the way we carry ourselves, our outlook towards the institutions towards law and order even our Attitudes has been CONGRESSISED. So, when ever our ways are questioned or noose being tightened we as a society tend to fall towards Congress.

Four, India is a huge country with unimaginable diversity not only in terms of language, ethnicity, religion, caste but also economic diversity. There are a huge number of people who are poor and unskilled, now whether they have been kept that way intentionally by Congress and its off shoots is a matter of discussion But thats certain that these poor and unskilled people will always play a king maker role.

Five, The education system has been systematically ruined. The CII report says that almost TWO THIRD Students graduating from Indian Universities are UNEMPLOYABLE and out of this TWO THIRD , ONE THIRD are not even trainable. Now this means that this huge young population joining the work force is UNEMPLOYABLE, because they do not have the required skills that are needed in the market. It is this reason that we have thousands of young ENGINEERS floating around in the market who are frustrated because there is a MIS MATCH of aspirations.

For eg, a young student who is weak in Maths does Engineering through one of those C Grade ENGINEERING College, his parents have spent around 3-5 lakhs on his education, however on completion of his Degree course he is either unable to find a job because he has no ENGINEERING SKILLS or else he finds a job where he gets hardly 5000-10000 bucks a month whereas His family was expecting that after completing the Degree their son would be earning 30000-40000/ month. SO THERE IS A HUGE MIS MATCH OF ASPIRATIONS.

This young population of unemployable youth is obviously going to support Hardik Patel kind of leaders who will have parochial outlook and can not think beyond Caste and Religion. They will create Social unrest and blame the Govts for not meeting their ASPIRATIONS. Cong will easily find their Support and these smaller frustrated groups will not mind hooking on to Cong because Cong will place their leaders on a Big National Platform.

Six, Its my personal view that the advent of Modi has unleashed the fascist side of HINDUTVA Brigade. This brigade has started behaving as if India is HINDU and Hindu is India. They started humiliating the yester years Leaders and even went to an extent of their Character vilification particularly of Bapu and Nehruji. The lynching of innocent muslim young men and Dalits is not a sign of a civilized society. This brigade even started thinking that Indian army is a Hindu army and many a times i had to write that ; IT IS INDIA’S ARMY and not Hindu army.

Lastly, I hope that better sense would prevail amongst the Hindutva Brigade and they would learn some lessons from these election results and be more Nation Centric rather than being HINDU CENTRIC. They must not create panic and fear amongst the minorities, the Dalits and deprived But rather work towards Nation building and upliftment of Poor. And also if they have been able to save their face it was because of the Dedicated work of Mr Modi.

We all must work in the interest of the Nation rather than the Religion.