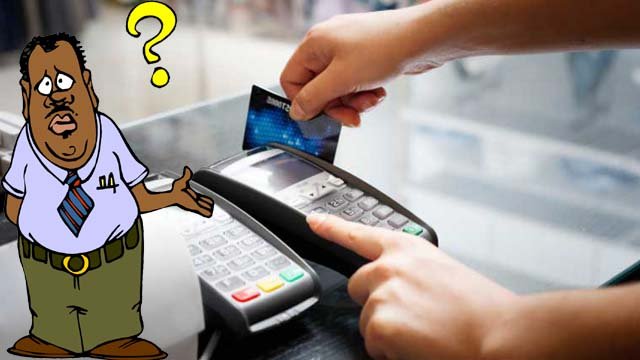 This is a very common sentence often used by most of us. It seems when we utter these words we do not realise the real implications of this.

It reminds me of a young boy, hardly 16 years age, who in 1978 while travelling in a transport corporation bus was given an old used ticket by the conductor.

The young boy refused and asked the conductor to give him the new ticket. The conductor refused to change the ticket and asked him to get down from the bus.

The boy initially refused to get down but the passengers in the bus started shouting ; TIME WASTE MAT KARO, when this young boy tried explaining to them Many of them kept quite and some shouted back ; BHASHAN MAT DE YAAR. The young boy sheepishly preferred to get down and walked back almost 5 kms to his house.

Since then many things have changed in the country. One of them is corruption became an accepted norm, with our connivance and is now a matter of opportunity and an indicator of being smart.

Second, the State Transport Corporation had to shut down as a result many conductors , drivers and mechanics etc lost jobs. The state because of losses could never improve the mass transportation system in the cities and as a result many have to still struggle daily.

Individually we may not get affected but collectively we all have to face the impact of corruption.

Take this eg ; A young boy not eligible to drive while driving an expensive Motorcycle hits a middle aged lady who gets crippled for life. She still has many responsibilities to fulfill and the family earnings are just enough to meet the daily needs.

When they approach the courts they find that the young boys father ; a rich man is able to buy everyone ; the witnesses, the judge and the poor lady’s family is running from pillar to post to get justice. All the payments that this rich man made was through Black money.

Lets take another incident. One of our close relatives a very elderly person was admitted in Hospital for treatment of a serious infection. We could not go to Govt hospital because they were pathetic but treatment in Private hospital we found was very expensive.

Outside the hospital, all of us were discussing about the financial aspect and how much each one of us would pitch in that I overheard a lady who had come in a big luxury car telling the receptionist arrogantly ; DOCTOR KO BOLO GHAR AAYEGA. YA MUJHE USKA NUMBER DO.

The receptionist requested that mam I am not allowed to give you the number, but I will speak to him. The lady immediately shouted ; UNSE BOLO KHARCH KI CHINTA NAA KAREN UNKO JITNA CHAIYE UTNA MILEGA.

It shocked me and I have no words to explain how I felt that day. But the moot question is; what gave that lady so much arrogance, how could she flout her money. Is it not our money that is turned into Black by these arrogants who avoid paying taxes whereas our income is taxed right at the source.

Why is it that Govt Hospitals because of lack of funds and corruption are deteriorating day by day and the private clinics are flourishing. Is it that Only the rich and affluent have the right to live in this country.

Undoubtedly, we should not expect that this menace of corruption can be fought at the individual level for various reasons but none can deny that its impact is COLLECTIVE. Therefore to say that ISSSE MUJHE KYA or MUJHE IS SE KYA MILEGA would be grossly incorrect.

When Bapu started the movement of Boycotting the British cloth many had doubted that it would make any impact but in the long run it brought the nation together and elites like Motilal Nehru also had to switch over to Khadi to remain Politically relevant.

The least we can do now is STOP MAKING PURCHASES BY PAYING CASH.