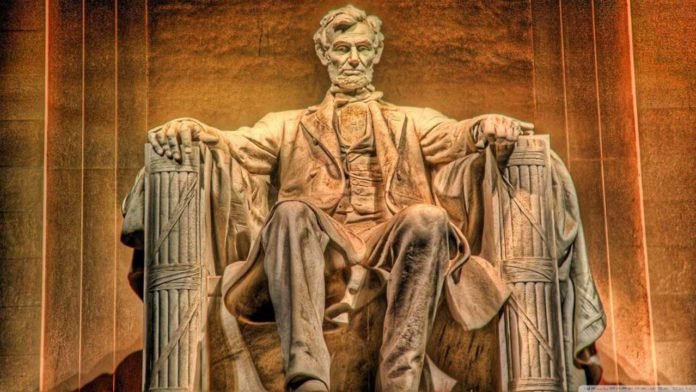 He was born to very poor parents in a log-house, somewhere in the western hemisphere, more than hundred years ago.

He lost his mother very soon, left with a father and infant siblings.

Stepped in his step-mother who was quite cruel towards him, hardly ever gave sufficient food to eat. He grew into a thin wiry, ugly young man due to under-nourishment.

Due to poverty, could not pursue regular studies. He used to study under street-lights, used to use charcoal collected from nearby hearths as his writing instruments, writing on the street-floor to learn lessons and practise exercises.

His career was an unmitigated disaster. When he joined a company to work, he was soon dismissed from job for no fault of his.

When he became a teacher, students refused to sit in his class-room !! Yet again, he was sacked.

Then he learned law and tried to practise in court. Yet again he failed because he had hardly any client coming by.

After trying a few more professions, he was advised to join politics !!

At the age of 21, he lost his first election of Ward Council of his state.

At the age of 22, his attempt to become businessman was disastrous. He lost and suffered heavily in that exercise.

At the age of 27, he was handed down divorce by his wife, frustrated of his being a serial-failure.

At the age of 32, he lost election to Parliament, his second electoral attempt.

At the age of 37, he lost election to the House of Senate, his third electoral attempt.

At the age of 42, he lost his election for the position of Vice-President of the country.

Someone sarcastically commented on him to try the last remaining election in the country not yet tried by him, President of the country.

He somehow persuaded himself to contest the Presidential election !!

AND HE WON, HE WON AT THE AGE OF 51. HE WAS NOW PRESIDENT OF THE UNITED STATES OF AMERICA.

He was 16th President of the nation, President Abraham Lincoln.

He exerted almost the same role in USA which was enacted in post-1947 Bharata by the then Home Minister, Sardar Vallabhbhai Patel.

President Lincoln united all warring states, doused conflagrations of civil war within the country, rooted out corruption and rooted in hard-core nationalism among his countrymen.

President Lincoln abolished slavery and drudgery of Negroes, granted them an honourable living in the country alongwith constitutional rights.

And for that reason, he was assassinated by a racist-fundamentalist during his second term as President of America.

He was a man born with a mission and he succeeded in his mission.

Those serial failures hardened him so much that he was able to rise to the severity and rigors of those historical moments of reckoning in his country.

He is still vividly remembered, shall be remembered always. He is regarded as one of the greatest US Presidents. He was an outstanding example of the virtue of perseverance in recent years.

Lot of spiritual lessons are hidden in his life-chronology. One may infer and decipher at his / her own discretion.