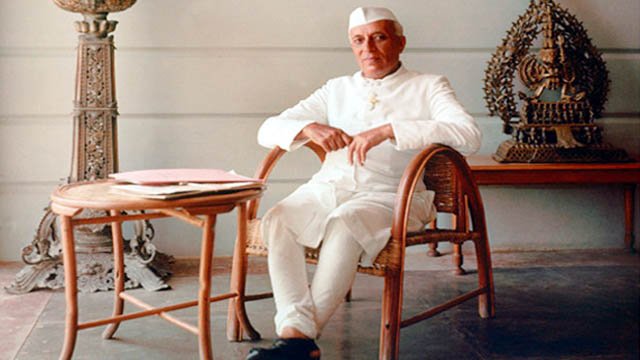 JAWAHAR LAL NEHRU is most probably the worst traitor in recorded history of mankind.

It may sound sensational, rather scandalous to you all but before exploding into angry, vociferous and vehement recriminations, just ponder over the following scenario pensively –

A country of 33 crores of very poor, innocent citizens, looking forward to attaining independence with great expectations after 90 years (1857-1947) of fierce struggle.

Sacrifices by 7.5 lakhs of men, women and children with their lives during that period of history.

Another titanic freedom-fighter, Netaji Bose on the verge of invading the country with his INA to banish those despotic Britishers.

At that very crucial moment of history, this anti-Hindu traitor secretly signs an agreement just 24 hrs. before declaration of independence with the outgoing Viceroy, running into 20 volumes, known as Transfer Of Power Agreement 1947, to continue with the same old British legacy of loot, plunder, anarchy, blood-bath, brutal rapes, partition, two-way massive migration of population…then this anti-national went to the Indo-Pak border, to pontificate philosophically.. .”I THINK PEOPLE HAVE GONE MAD” !!! Quite ironically, he was also known as”Panditji” and thoroughly enjoyed in calling himself Hindu ONLY by birth, Britisher by demeanour !!

This anti-Hindu “Panditji” did not even confide with anybody, not even with Sardar Patel, not even with his mentor, MK Gandhi, whom he later anointed as RASTRA-PITA !!

In just one stroke, he stabbed in the back of those 7.5 lakh freedom-fighters, 33 crore people of 1947, till the day of 125 crore of today !! And the back-stabbing shall exist so long as the Agreement is alive.

Let me now ask you all bluntly, “Is he not the worst ‘Traitor’ known to humanity, ever recorded in history, backstabbing such a large number of people spanning six decades so far ??”

The Agreement has now been thoroughly exposed by a Sannyasi in Swami Ramdeva and not by any politician or NGO-Activist.

This anti-Hindu back-stabber went on to become first Prime Minister of the country (He got the job at the very behest of those despotic Britishers as they had bullied even MK Gandhi to back Nehru instead of Sardar Patel. This answers the long-standing enigmatic riddle as to why Gandhi supported Nehru so compulsively and not Sardar Patel for the position) and continued with his anti-national activities –

Kashmir problem is entirely his personal creation. So called “Panditji” did not allow Sardar Patel to tackle the problem the way he integrated other 500 or so kingdoms, did not allow Army to capture what is now known as POK though they were very much on the verge of victory.

So called “Panditji” is single-handedly responsible for the China debacle of 1962. He allowed that whimisical-insane fellow Krishna Menon to continue mis-handling Army with his obnoxious tantrums / complexes / ideological predilections even after the debacle. He justified loss of Akshai Chin as the area is completely “infertile” !! He even delivered farewell speech to people of Assam & Arunachal Pradesh over All India Radio too !!

So called “Panditji” imposed communism upon the nation in the name of socialism after receiving expensive education on capitalistic / imperialistic economic models in Harrow / Trinity, UK.

So called “Panditji” created IITs to cater to the requirement of USA instead of investing heavily on basic education, free & compulsory girl’s education to impart a massive revamp of the nation.

So called “Panditji” chose foreign policy of non-alignment, full of contradictions, negations and lost opportunities. It was his stupidity at it’s best.

So called “Panditji” promoted unmitigated corruption, left the country as one of the most corrupt nations in the world when he died with a memorial under his arm-pits. He justified it by declaring, after all country’s money is within the country !!

So called “Panditji” divided states on the basis of regional languages which turned to be another monumental disaster.

So called “Panditji” did not allow Sardar Patel to solve problems of Rama-Janmabhumi, Krsna-Janamabhumi and Kasi Visvanathji on the lines of Somnathji. He left the legacy of festering wounds forever, for us to contend with acrimoniously indefinitely.

So called “Panditji” did not permit Sardar Patel to solve Nizam / Hyderabad problem. Sardar Patel had to take advantage of his absence from Delhi to sort out the issue decisively, all on his own through Police action.

So called “Panditji” imposed five-year plans of Russian Communist model of economy, destroyed private-sector initiatives, invited humiliation of Hindu-s through derisive comments like ‘HINDU RATE OF GROWTH’ (which should have been in fact, ‘NEHRU-EDWINA MOUNTBATTEN RATE OF GROWTH’) from those communists turned economists of the then Planning Commission. Those scoundrels of dubious economics were awarded Padma Bhusana and Padma Vibhusana in wholesale for performing the excellent job of destroying national economy !!

So called “Panditji” continued with The DIVIDE, RULE & DESTROY POLICY practised by the Britishers……

His character…less said, the better. I am ashamed to talk about that.

Catalogue of his treachery is very long indeed.

Teen Murti Bhawana must be declared official residence of the Prime Minister after shifting out the library somewhere else.

His name must be completely erased from all memorials / institutions, his Samadhi be demolished…thousands of Romanians volunteered to shoot and spit on their the then President Nikolai Causeascu, thousands spat upon and kicked statues of Lenin / Stalin in Russia….why can’t we in Bharatvarsa…

Whatever he did, whatever he started, was a monumental disaster.

I can now only pray to the people of Bharatvarsa –

Be very prudent while exercising your voting rights.

Be very vigilant on the conduct and character of politicians you vote to power.

BE OUT AND OUT A FUNDAMENTALIST –