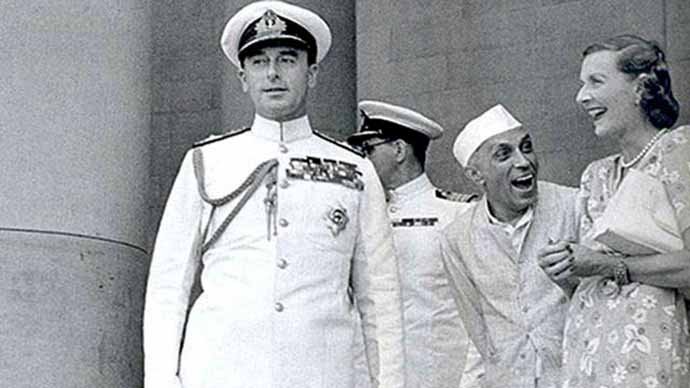 A letter written and signed by the Italian SoniaG to the then FM Chidambaram has come to surface and so much brouhaha is going on. What’s unusual about it? That’s Congress, Stupid!

Communists had launched an armed revolt against the country in a bid to bring in “true” independence. Home Minister Sardar Patel arrested each and every Communist and destroyed the revolt to a pulp. Nehru watched helplessly as his favourite Communists were thrust into jails while RSS members were ordered to be released as nothing was found against them ultimately.

Edwina Mountbatten in her “Royal Capacity” wrote an angry letter to PM Nehru, as to how RSS members were being released while Communists not. Nehru wrote back an abject letter begging for forgiveness and explained the correct position that Communist activities were “in the nature of a war”.

He followed with yet another letter to the same Lady stating his position and helplessness due to presence of Sardar Patel in the Cabinet, “You know that I have had strong leanings towards Communism and have many friends among Communists.”

History is witness, Nehru could release Communists from jail ONLY after Sardar Patel’s unfortunate demise in 1950.

It was ONLY due to this patronage, Communists could grow in the country and NOT due to some faith / respect in their ideology of murders, murders and murders.

Communist regime of China slaughtered 6 crore Chinese human beings found to be anti-Communist and billions of sparrows !! Foodgrains grown by Chinese farmers used to be snatched away by Communists, farmers forced to eat bark, roots, rice-husk to survive. Between 1958 and 1962, 4 crore Chinese died of starvation while Chairman Mao justified thus, “It is better to let half of the people die so that the other half can eat their fill !!”

Sparrows were declared ‘Enemies of Communists” and killed in billions ! That led to excessive proliferation of insects and worms in China. Mao went on gobble up Tibet, worst example of imperialism that Communists condemn hoarse.

And Raja-Yechury-Karat & Co. in Bharata do not find anything right with Hinduism / Hindu-Samskriti / RSS / BJP….et.el. !!! The day they are brutally slaughtered by Hindus, surviving Communists shall start singing glory of Hindus and Hinduism tirelessly !!!