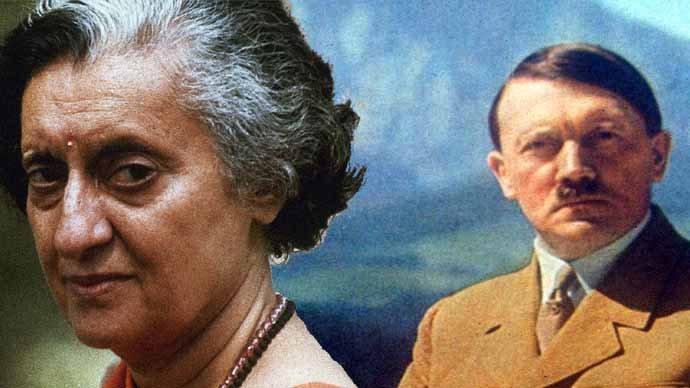 I came across an interesting comparison between Indira Gandhi and German Nazi dictator, Adolf Hitler. Let us share it –

Hitler imposed Emergency under constitutional provision in Germany. So did Indira Gandhi in India.

Hitler had Nazi goons while Indira Gandhi had thugs of Youth Congress.

In Hitler’s Emergency, German trains ran on time. So did Indian trains during Indira Gandhi’s Emergency. Both claimed, “Nation is on the move.”

Hitler set-up Nazi camps while Indira Gandhi had a network of Tihar Jails in the country.

A German boot-licker declared, “Hitler is Germany and Germany is Hitler.”
Dev Kant Barooah, then Congress President declared, “Indira is India and India is Indira.”

She will be remembered for imposing Emergency and for ordering shooting of defenceless Sadhus demanding ban on cow-slaughter.