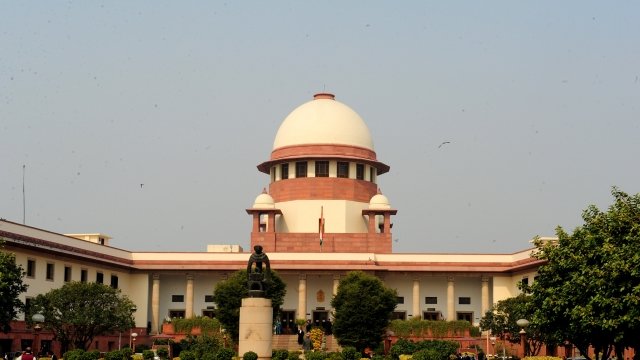 Some one needs to give a SHUT UP call to the Judges for needlessly creating controversy over National Anthem.

These judges are doing a great disservice to the nation and are emotionally hurting millions of soldiers and sportsmen.

Remember the movie DANGAL how delighted was Mahavir Singh when he hears the NATIONAL ANTHEM.

The sound of National anthem invigorates your soul and makes adrenaline rushing through the veins.

Will it be worth fighting and playing for a Nation where National Anthem and National Flag has no importance.

How will you motivate a Soldier and a Sportsman to fight and play for the Nation?

The CONSTITUTION does not make a Nation, A Nations foundations are based on emotions, feelings, pain and sacrifices of millions of countrymen. And National Flag and National Anthem signifies that pain, sacrifice, emotions of those millions.

I strongly feel that the people of this country hence forth should stop paying respect to the JUDGES ; DO NOT rise when a judge enters the court and no one should address them as MY LORD.

Isn’t it intriguing that millions of cases are lying pending in courts, National Herald case which should have been expedited the congress lawyers are able to exploit legal loop holes to delay the hearing process and Judges are taking up issues like National anthem on urgent basis as if the well being of the Nation depends on this.

I have a strong feeling that a huge section of Judiciary is conniving with Congress and its stooges to create needless controversies and creating problems for the Executive.

Their over activism on the issue of weapon to be used against stone pelters, demonetisation, Adhar card etc vindicates my view.

It will be better for the Nation that the JUDGES focus their energies on more important issues like corruption cases, land grabbing cases, criminal cases lying pending in the courts for years instead of these political issues.

The Judges must remember that they are their to serve the People and not the POLITICAL PARTIES.