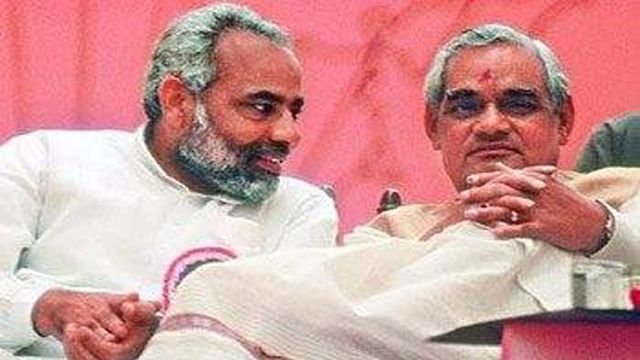 Since May 2017, Many have been criticising the Govt on its Kashmir policy and INSISTING the Govt to adopt Vajpayee’s Policy.
I fail to understand what was so great about Vajpayees policy on Kashmir and what it achieved that it needs to be once again followed by the Current Govt.

And if they followed then the point is WHAT DID THEY ACHIEVE?
My view is, Vajpayee’s over eagerness to resolve the Kashmir issue brought India only Humiliation and fiascos. Lahore Bus, brought Kargil and Kandhar humiliation, the unilateral cease fire allowed Terrorists to regroup and reorganise themselves and Agra summit was a fiasco and brought Parliament attack, that finally led to mobilisation of Indian armed forces and so called AAR PAR KI LADAI where with great difficulty Vajpayee could extricate himself with some FACE SAVING carefully worded STATEMENT of Mushrraf given under US Pressure.

So, There was hardly any indication whatsoever of REDUCTION in terrorism or some strategic step that could break the backbone of terrorism.

It is understandable when some Pakistani leaders praise Vajpayee for his Kashmir policies because probably his policies allowed Pakistan to Internationalise Kashmir and gain International status , particularly after the coup instead of getting ISOLATED internationally.

So what is interesting is then ; WHY some Indian politicians keep Insisting on VAJPAYEE’S POLICY.

ARE THEY FRIENDS OF INDIA OR FRIENDS OF PAKISTAN.
Anyways, from my experience, Given the kind of complex problem the criteria of evaluating any Govts Policy on Kashmir should be ;

One, ARE THERE ANY TERROR ATTACKS in Major India cities like Mumbai, Delhi, Bangalore, Pune etc. If not that means Govt has tightened its noose around Pakistani supporters and their sleeper cells.

Two, Has the Govt taken steps to weaken the Terrorists operating in Kashmir.

Three, If Yes, what are those steps which can be considered as Deep rooted and can break the back bone of terrorists.

Four, How many terrorists and mainly Terrorist Commanders have been eliminated? Because that would indicate whether the SFs to include army, CRPF, J&K Police and BSF are acting in a coordinated manner and there is SHARING OF INTELLIGENCE.

Five, What is the SF vs Terrorist kill ratio. Because that will give an idea about how effective are the SFs.

Six, How many local muslims are being killed by Terrorists. Because a High kill number of LOCAL MUSLIMS would indicate the frustration of the Terrorists.

Seven, Has the Govt taken steps to Punish and Isolate Pakistan internationally on the issue of TERRORISM. What are the indicators that Pakistan is getting isolated, even if it is a SLOW PROCESS.

Eight, Has the Govt taken serious steps to sideline the SEPERATISTS and Pro Pak elements operating in Kashmir. If Yes, what are those and are they making any difference.

Lastly. Targets like HOW MANY TIMES PAK HAS VIOLATED CEASE FIRE, how many attacks in Kashmir have taken place on security forces posts are useless because ONLY THE STUPID CAN SET SUCH OBJECTIVES.